On the evening of 3 November last year, the eyes of the world fixed on the fates of two septuagenarian men. It would eventually take six weeks for Joe Biden to officially beat Donald Trump and be declared the 46th president of the United States. But that same night—in the northern Jordan Valley, a cool 10,000 or so kilometres from Washington DC—bulldozers operating under the cover of darkness sealed the grim fates of 11 families within a matter of hours.

For the second time in a week, the Palestinian village of Khirbet Humsa was demolished, leaving 74 people homeless and helpless. As their lives turned to rubble around them, it was unlikely that the inhabitants had time to pay heed to what was unfolding in the US.

Yet the policies of former president Trump helped clear the way for the Israeli government’s destruction of Khirbet Humsa and other villages like it and its ongoing illegal occupation of the West Bank.

In January 2020, Trump unveiled a controversial plan dubbed Peace to Prosperity, which essentially endorsed Israel’s right to build in the territory and shifted the US’s 40-year stance that such settlements are “inconsistent with international law”.

The fact that the West Bank has not been formally annexed does not stop Israel from treating it as if it were its own territory, particularly when it comes to the massive resources Israel invests in developing settlements and establishing infrastructure to serve their residents

Although most of the international community continues to view them as illegal, the proposed agreement, signed by Israeli Prime Minister Benjamin Netanyahu and swiftly dismissed by the Palestinians, specified that Israel should be the only state with full sovereignty and control over the entire area west of the Jordan River. Such an annexation would make a potential Palestinian state almost impossible.

Israel has built more than 280 settlements in the West Bank, home to over 440,000 Jewish settlers (excluding annexed East Jerusalem), since seizing the territory from Jordan during the Six-Day War in 1967, according to B’Tselem, an Israeli anti-occupation NGO. These range from tiny, far-flung outposts to full-fledged cities, such as Ariel, Beitar Illit, Ma’ale Adumim and Modi’in Illit, with populations ranging from 20,000 to 80,000 in the latter.

“The fact that the West Bank has not been formally annexed does not stop Israel from treating it as if it were its own territory, particularly when it comes to the massive resources Israel invests in developing settlements and establishing infrastructure to serve their residents,” says Roy Yellin, B’Tselem’s head of public outreach. “Thanks to this policy, more than two million dunams (about 1,000 square metres) of Palestinian land have been stolen, by official and unofficial means.”

Many of the settlements are accessed via roads that avoid Palestinian areas, and an increasing number of bus lines directly serve them. The changes mean that many settlers can live their lives largely avoiding contact with the Palestinian villages around them. High fences and checkpoints often separate these settlements from the West Bank’s 2.7 million Palestinians, restricting their movement and essentially barring them from these areas.

More: Wealthy Khmer cause a stir in the property market as they reassess their investment options

Traditionally deemed frontier locations, primarily appealing to ideological Zionists—committed to the principle of living in what they call Judea and Samaria, the biblical heartland of Israel—and Israelis in search of lower living costs, the settlements have become increasingly attractive investments, with property prices outstripping those in Israel proper in recent years. The boom was fuelled further by the Trump administration’s policy shift last year.

“The first thing people search for in real estate is security,” Daniel Wach, owner of brokerage Shorashim in the settlement of Eli, told Bloomberg Businessweek in June 2020. He believes that annexation could boost values by more than 20% over the next two years. “Judea and Samaria always had a question mark, and a question mark is not good for real estate. They’re now putting on an exclamation point.”

Wach added that in the nearby settlement of Kfar Saba, located across the “green line”—the internationally recognised border separating pre-1967 Israel from the occupied Palestinian territories—a seven-room apartment on a 200-square-metre land plot costs an estimated ILS4.5m (USD1.3m).

The Israeli government meanwhile offers a slew of benefits and incentives to settlers through both official and unofficial channels. Housing benefits are the most significant, allowing families that lack capital or substantial sources of income to buy homes in settlements. These benefits partly explain the rapid population growth in the large ultra-orthodox settlements in the West Bank—Modi’in Illit and Beitar Illit. In addition, significant tax benefits of up to ILS200,000 per taxpayer are offered to residents of about 30 settlements, according to B’Tselem.

Some Israeli real estate firms are now exclusively focused on constructing and developing settlements, including Harei Zahav, which has built more than 20 settlements since launching 24 years ago. Since construction began in 2013, its “flagship” project, Leshem, which sits just 25 minutes from the Israeli capital Tel Aviv, has grown to include 700 residential units. On its website, the company describes it as a “new, young and lively settlement in Western Samaria [where] currently about 400 families reside. And in the coming year about 100 additional families are anticipated to join the community.”

Israeli annexation plans, however, were supposedly suspended last August as part of a deal struck with the United Arab Emirates, and later Bahrain, to normalise diplomatic ties. With an election looming in Israel—the fourth in two years—and Trump’s presidency coming to a close, Netanyahu announced plans in January this year to build about 800 new homes in the settlements, although it gave no starting date for construction. This is in addition to the more than 12,000 settlement homes advanced in 2020, by far the largest number of approvals since Trump took office in early 2017 and the highest since settlement watchdog Peace Now began recording the figures in 2012.

More: A shot at recovery for Malaysian real estate

“While de jure annexation may be suspended, the de facto annexation of settlement expansion is clearly continuing,” a recent Peace Now statement declared.

This disregard for international law and the rights of Palestinians look set to further entrench Israel’s hold on the West Bank, clearly demonstrating the regime’s long-term plans. And while Biden’s ascent to the Oval Office may offer a glimmer of hope for Palestine’s persecuted population, the US’s historical support of Israel suggests the construction of settlements and subsequent soaring property prices will continue long into the future.

“Palestinians are forced to look on as they are dispossessed of more and more land, while communities and infrastructure are built for Jewish citizens,” says Yellin. “Two decades into the 21st century, Israel appears more determined than ever to continue upholding and perpetuating an apartheid regime throughout the area under its control, well into the coming decades.” 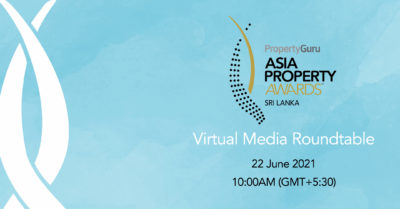