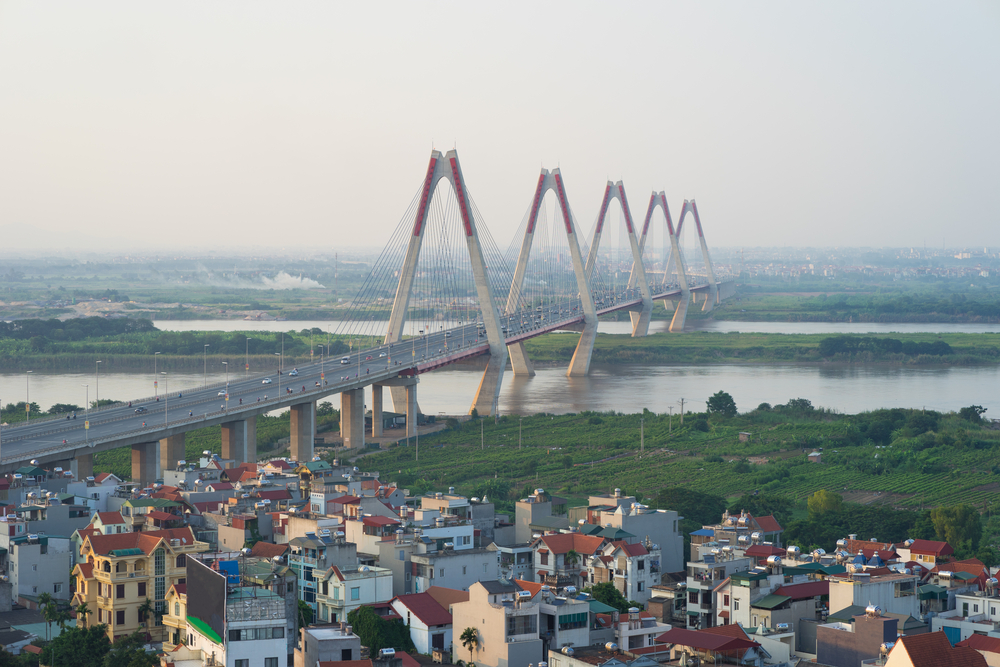 Due to news that some districts across Vietnam are being developed under the model of “city within a city”, land prices in suburban areas are surging once again, reported Vietnam News.

The first land price increase happened back in March when information about the Red River urban planning project was revealed. The project is currently in the planning phase and is expected to be approved by the end of 2021.

Land prices are now again rising in the same districts of Dong Anh, Soc Son, and Me Linh, due to rumours of further development in these areas.

According to locals, a piece of land near Dong Do Lake in Soc Son district is currently valued at VND12 million per square metre (USD528.76). This is a staggering increase from the VND5 million evaluation last year.

Based on the news of transforming Me Linh district into a city, real estate brokerage centres have returned to the area, pushing the price of land up by 30 to 40 percent.

“Every time there is new information relating to the Red River urban plan, the land prices in those districts increase. Investors are interested in regional planning; if there is investment potential, they will visit the land areas and quickly make investment decisions”, said Nguyen Nam, a real estate broker in Me Linh.

Moreover, Dong Anh has always had a busy property market due to its location near inner-city districts.

Thanks to rumours of developing a ‘city within the city’, investors are paying more attention to land investment in Dong Anh. Consequently, land prices in some communes like Vinh Ngoc, Hai Boi, and Xuan Canh saw a jump of 15-20 percent, and even 40 percent.

More: The UK and Vietnam work together in boosting digital transformation

These areas are expected to become key residential development regions in the future.

“When the land fund in the inner city becomes limited, investors also tend to expand to the suburban areas. In addition, improved infrastructure also contributes to promoting the tendency of people moving away from the city centre,” said Do Thu Hang, senior director of advisory services at Savills Hanoi.