Cathy Saldaña was a teenager when she realised she wanted to become an architect. At the time, there were few architectural firms of international note in the Philippines, and even fewer prominent women architects.

After school, the young Saldaña would accompany her father to work—the late engineer had dedicated his life to working for the National Housing Authority, the frontrunners of Philippine public housing—and it was during these visits to his projects that she found her calling.

“Public housing design can be very bland,” says Saldaña, “but it has space for creativity. There’s also legroom for innovation, not just in space planning but also in facades and in sustainable concepts.”

While some may have seen drab, utilitarian spaces, Saldaña saw immense potential. When she told her family she wanted to be an architect, her mother was initially horrified. She insisted architecture was a
profession built on personal connections and that it would be all but impossible for a woman to truly excel in the male-dominated field. Yet Saldaña persisted, believing she could make a difference.

“I saw a field where I could exercise my creativity,” she relates. “I wanted to be an architect not to build houses for the ultra-wealthy, but to contribute to public architecture and to come up with visions for new designs and skylines.”

Today, as the CEO and managing partner of PDP Architects, Saldaña is one of the leading architects in the Philippines. Her success is hard-won, the result of decades collaborating with top talent around the globe while cultivating her own distinctive style.

Much of the modern architecture in Southeast Asia has sought to emulate prominent Western design motifs rather than establish something uniquely local and authentic, looking to luxury properties in neighbouring countries for inspiration.

To create projects that are timeless, Saldaña approaches trends with a wary eye. “Having practiced architecture for the past 27 years, I’ve seen the concepts of modern, contemporary and tropical design mixing into certain design fads,” she says.

I wanted to be an architect not to build houses for the ultra-wealthy, but to contribute to public architecture and to come up with visions for new designs and skylines

Saldaña strives instead to craft projects rooted in both her own ideas and cultural background. “For every project we design, we take into consideration the character of the brand, the character of the place, and finally, the imprint of the Philippines on it,” she says. “We’re conscious that our projects don’t look Balinese or Thai. We want to create a modern and contemporary rendition of what Filipino is.”

“Sustainability is never just about glass and steel,” Saldaña says. “It all points to people. It’s about the fact that people’s lives will be made better, and the coexistence of people and families will be enhanced.”

Though many architectural firms have only recently latched onto sustainable design, Saldaña has incorporated it throughout her career. Cutting-edge technology plays a role, but many of the strategies she implements are — literally — ancient.

Long before the invention of photovoltaic cells, indigenous groups around the Philippines were already collecting rainwater and using natural ventilation and shading to maintain a comfortable temperature in their homes.

“We find that a lot of good, sustainable principles are rooted in indigenous traditions,” Saldaña says. “We are going back to time-tested principles. Sustainability is not about getting an accreditation or a stamp on your building. It is about putting people first and understanding that their needs and their way of life must blend into community planning and architecture.”

Regardless of what she designs, Saldaña aims to do so with an eye on both the past and the future of the Philippines. While, understandably, majority of her designs are concentrated in her homeland, Saldaña’s influence extends around the globe. Through speaking engagements and workshops, she has managed to inspire young women architects.

As the head of one of the few women-led architectural firms in the Philippines, Saldaña feels compelled to continue paving the way for a new generation.

“I am passionate about the role of women in design,” Saldaña says. “It is with this in mind that I mentor a lot of young female architects. In the Philippines, I do believe I have helped to create that stronger, louder voice so that women architects have a place in all of Southeast Asia.”

Nowadays, when young women in Southeast Asia say they hope to one day become architects, that dream no longer seems so far-fetched. 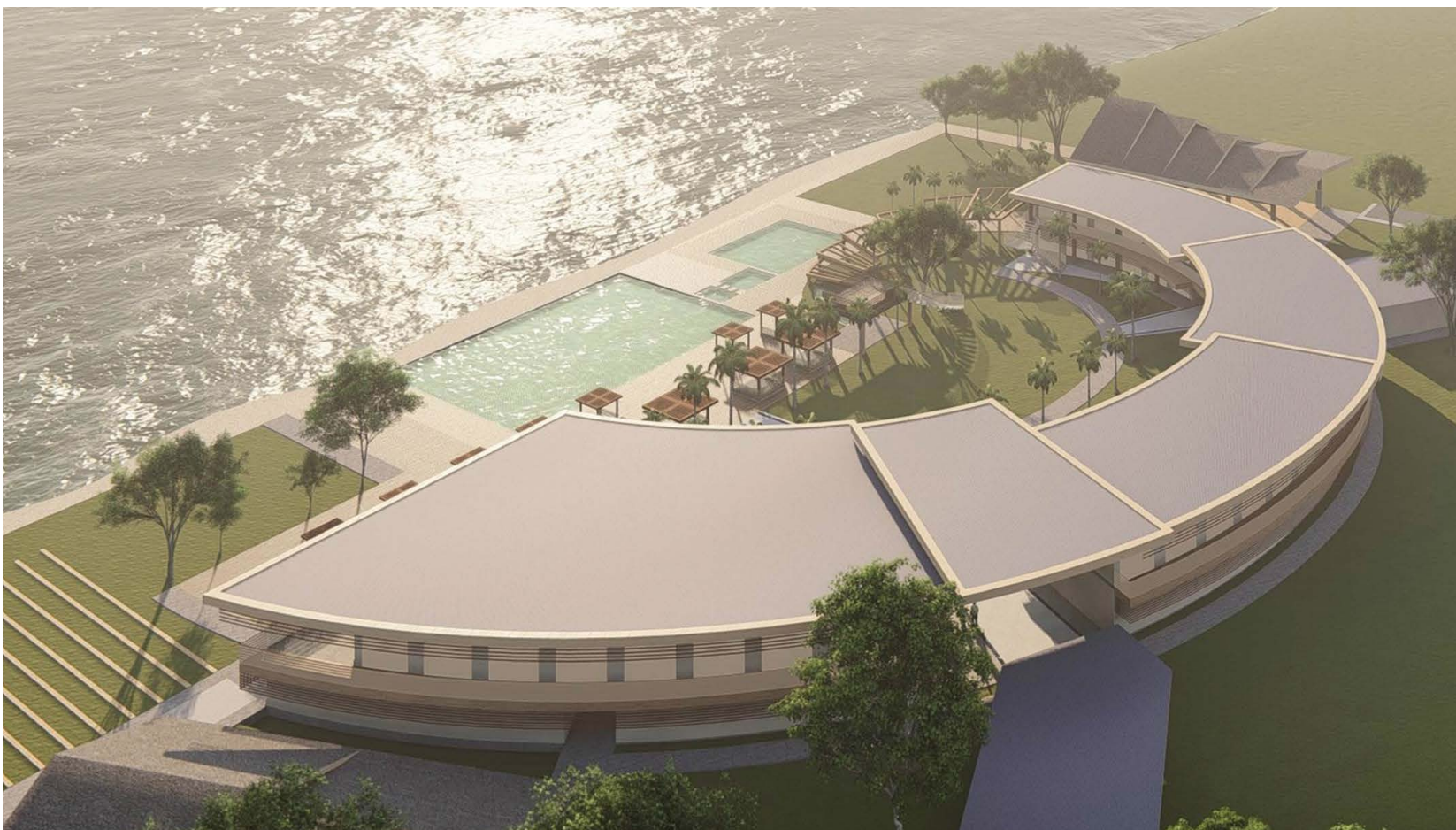 The Visayas islands are renowned throughout the world for their crystal-clear waters brimming with marine life. Since most travellers venture to the area for scuba diving and snorkelling, Saldaña created a design loosely inspired by the form of a seashell. As with Damosa Diamond Tower, the references to the organic form are deliberately understated. At the same time, they create an undeniably arresting visual impact that speaks to both the nature of the property and the country that created it. 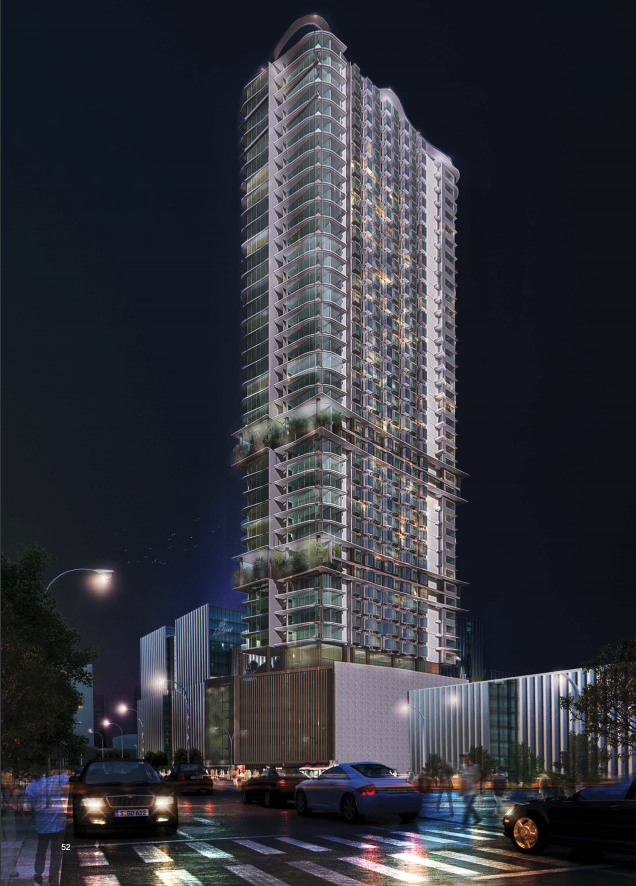 Situated in Quezon City, in northern Metro Manila, this statuesque 40-storey residential tower is poised to become a highly coveted address upon completion. Thanks to its immense windows, tenants will enjoy exceptional urban views of the surrounding warehouses and low-rise buildings. According to Saldaña, this tower represents a “futureproof building”, one that will appeal to buyers seeking an upscale abode. Each unit uses natural light, ventilation, and highly efficient water systems in order to create a more environmentally conscious living space for city dwellers. 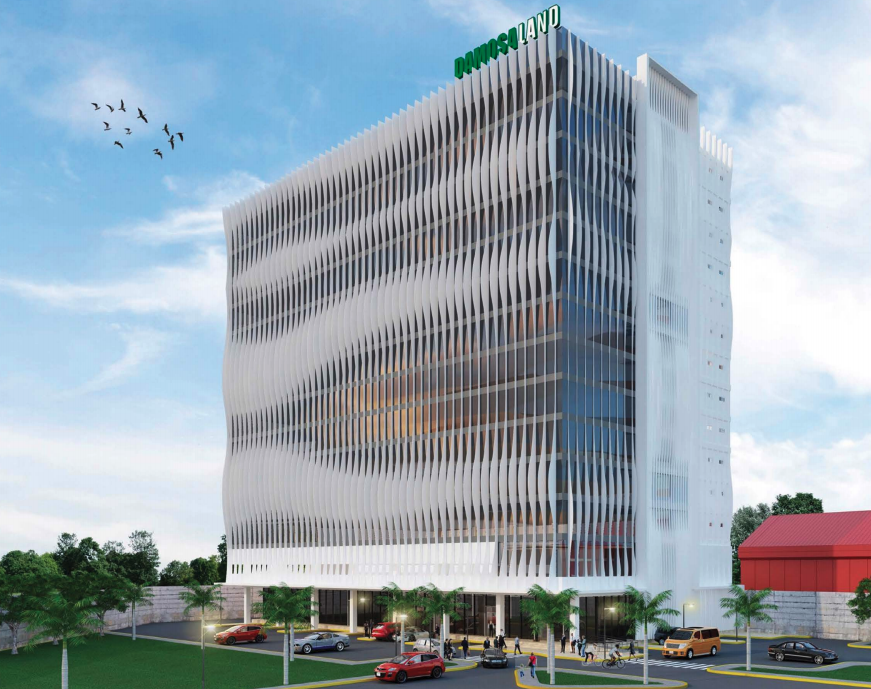 “We designed each of the architectural fins according to the solar angles,” says Saldaña of this innovative design, which won Best Architecture Design for an Office Building in the PropertyGuru Asia Property Awards in 2019. This allowed the building’s structure to deflect many of the sun’s most intense rays, reducing the need for air-conditioning. “The pattern was based on the cross section of a banana stalk,” she says. “Because this business initially made its money through bananas before venturing into real estate. So, we incorporated their traditional DNA and identity into this real estate landmark.” 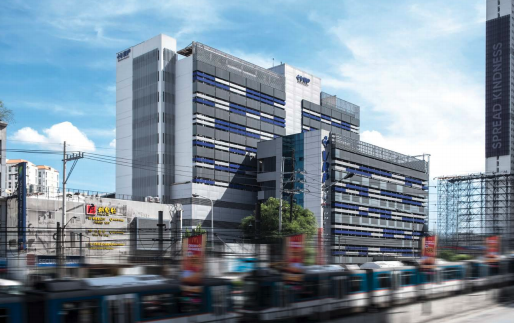 With medical tourism rising throughout the Philippines, world-class, international-standard hospital facilities are becoming increasingly indemand. Across Southeast Asia, bleak, sterile hospital rooms and buildings are being traded in for sleek, modern alternatives that more closely resemble upmarket residential buildings. In 2015, this vitally important centre in Mandaluyong underwent an extensive renovation to better serve the needs of patients. PDP Architects incorporated the dynamic colours of the Mt. Grace Healthcare Group into the facade. Saldaña’s team strove for a bold, contemporary look for the hospital, which is located on a busy thoroughfare. 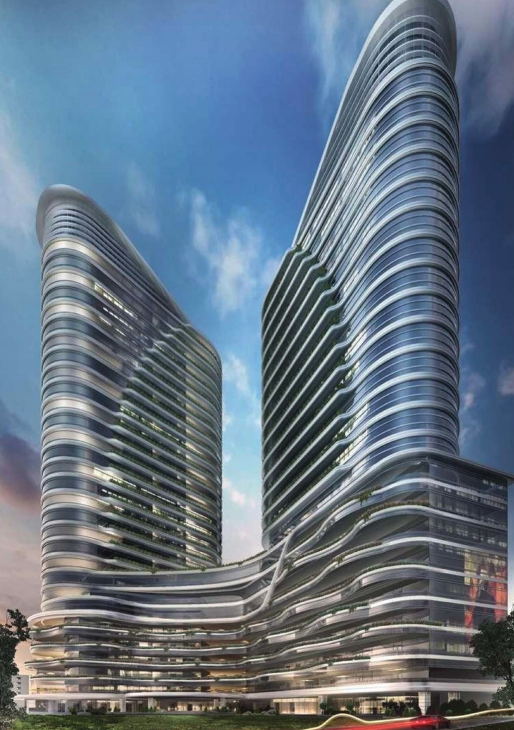 A surge of investment and interest in the Philippines in recent years has led to a steadily rising demand for top-tier residential and corporate condominiums. “Exemplifying the team’s ideas in concrete, glass and steel, this is another tower meant to address the huge property demand for quality residential and corporate condominiums in the country,” Saldaña says. Innovative touches like an undulating facade, a fully unitised curtain wall, and composite alloy fins on the exterior help set this tower apart. Rows upon rows of vertically stacked plants help offset the building’s carbon footprint and create a hanging garden in the middle of an urban space. 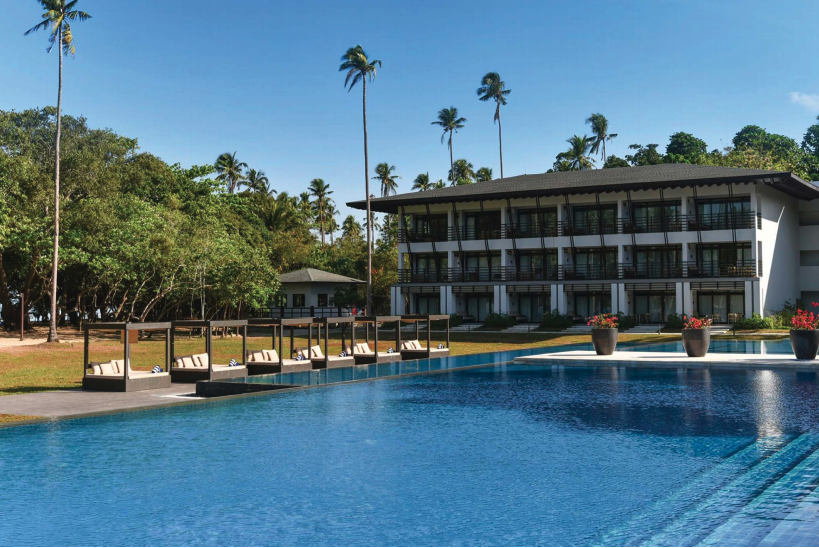 Located on Palawan, the biodiverse island paradise renowned for some of the best diving spots on Earth, this 150-key resort just minutes from the local airport is a dream for nature lovers. Ayala Land, one of the top developers in the Philippines, worked on vast tracts of land in the surrounding area. Saldaña and her team were instrumental in producing design documents for multiple projects around El Nido and Palawan. This particular resort encompasses four hectares of glittering white sands and verdant local foliage. Since the spectacular natural surroundings are the primary draw here, Saldaña sought to integrate interior and exterior environments through subtle design touches.

This article originally appeared in Issue No. 161 of PropertyGuru Property Report Magazine