While Hanoi’s charismatic central areas such as the Old Quarter and the French Quarter continue to beguile, many investors and developers are turning their focus to hubs in the west of Vietnam’s capital

Going stronger than ever after over 1,000-years of existence, Hanoi continues to be one of Asia’s most charismatic capitals. Unsurprisingly, given its vintage, history looms large here. Ancient temples and colonial architecture provide a rich backdrop to broad tree-lined boulevards and placid lakes. Yet while Hanoi retains a timeless charm, a host of sparkling new residential developments – especially in booming areas such as West Lake and My Dinh – provide a contemporary counterpoint to the city’s vintage feel. Additionally, the city has witnessed a spate of new venue openings, restaurants, art spaces and retail experiences that underscore its status as a compelling modern hub. It is a stew with a multitude of flavours that ends up tasting uniquely Vietnamese. 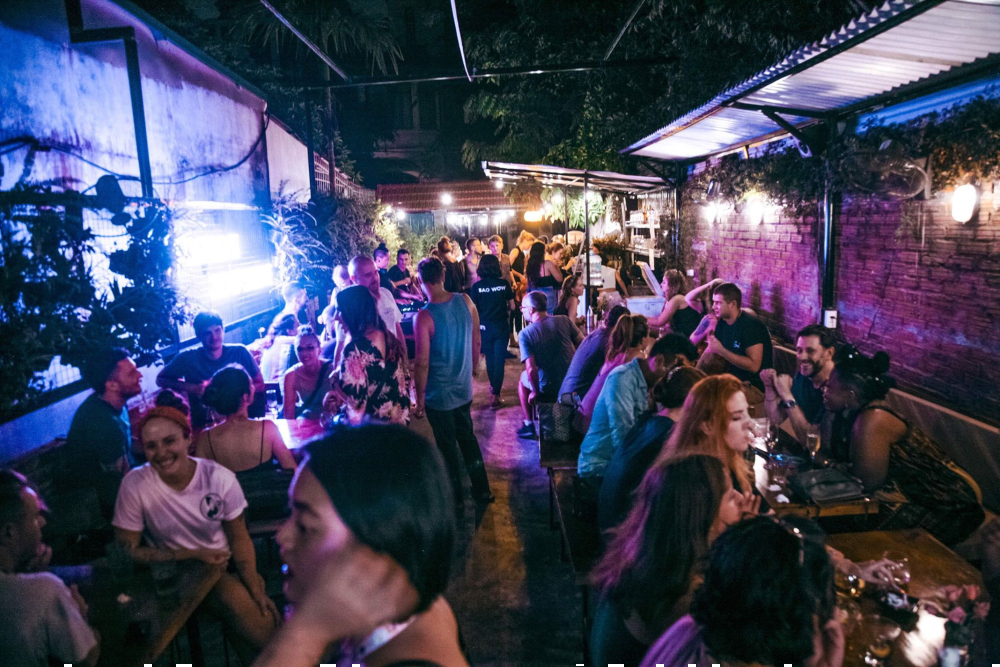 First piloted as a pop-up at music festivals and flea markets around Hanoi, Bow Wow is prospering at permanent new digs on up-and-coming Dang Thai Mai near the city’s West Lake. The venue, which is overseen by chef Phan Nhu Long and his partner and co-owner Katie Taylor, specialises in delicious Taiwanese-style baos. While inspiration comes from Taipei, local touches abound with ingredients for fusion concoctions like the pulled pork bao (with Asian slaw, house pickles and sweet and salted peanuts) and the vegan-friendly Fun Guy (teriyaki mushroom, cilantro and radishes) sourced from producers in North Vietnam. 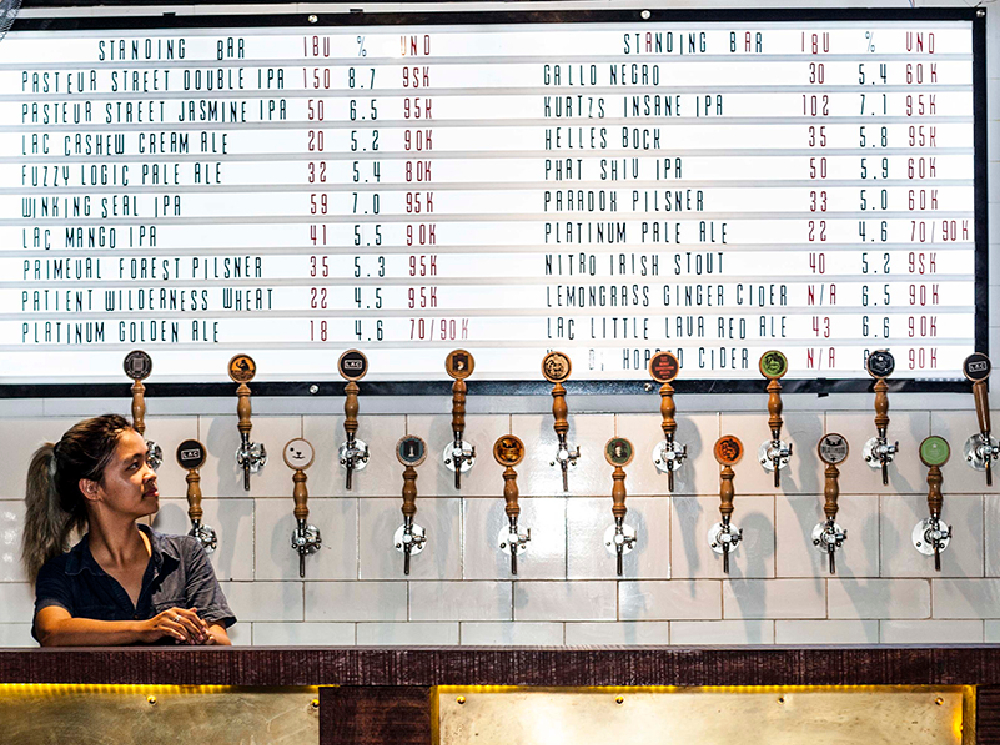 Vietnam’s craft beer boom is to the fore at this casual venue, which enjoys an outstanding location overlooking charming Truc Bac Lake – a stone’s throw away from its bigger neighbour West Lake. Built upon the Japanese concept of Tachinomiya (quite literally standing-drinking-place), Standing Bar is the perfect destination for an after-work drink and bites with colleagues, a few quality ales and tapas before a night out on the town with friends, or perhaps a late-night one-for-the-road and midnight snack. There are 16 ales – both local and international – on tap and the kitchen does a neat line in tasty small plates that are ideal for soaking up the beer. 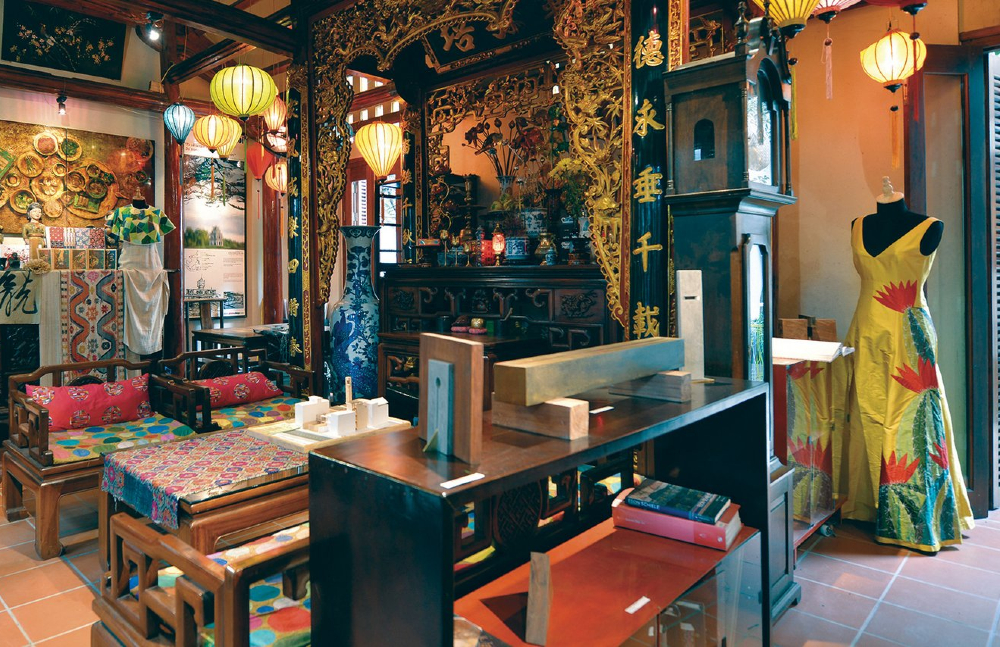 More than most places in Asia, Hanoi has long been successful at marrying age-old Vietnamese traditions with European sensibilities. Therefore, it is fitting that Chula Design House, one of the city’s most consistently exciting boutiques, is overseen by a Catalan couple with a strong commitment to utilizing local textiles and techniques. While a branch near the cathedral in the heart of the Old Quarter is handier for tourists, it is worth making the trek out to Tay Ho (West Lake) where the brand was born in a beautiful sprawling villa. It’s a beguiling spot in which to browse the collections of brightly coloured jackets, skirts, dresses and gorgeous silk garments. 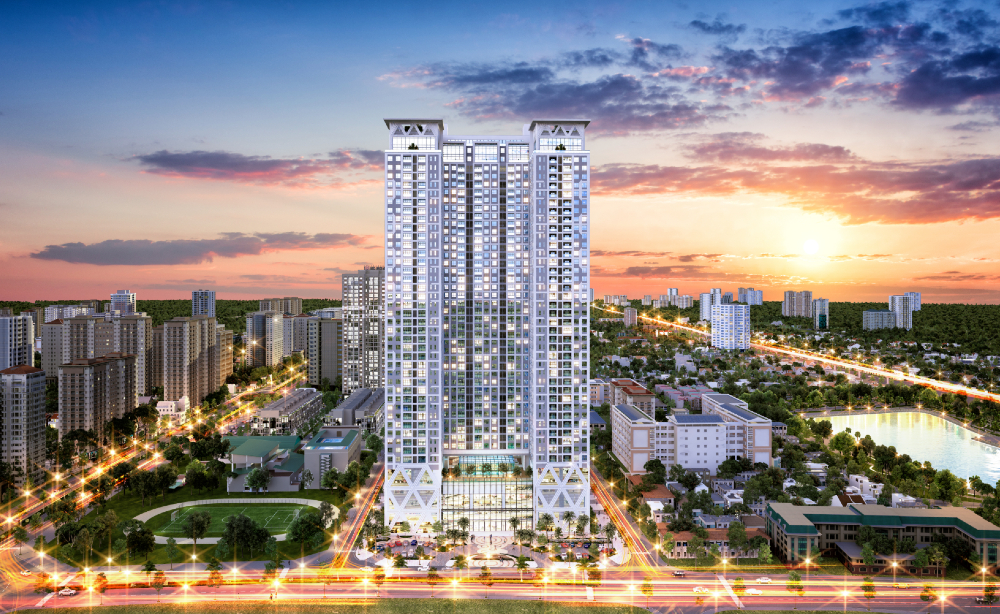 Some of Hanoi’s most ambitious new residential developments are taking shape on the western fringes of the city. Take The ZEI for example. The new high-end mixed-use condo is located in central My Dinh, to the southwest of Vietnam’s capital. Developed by HD Mon Holdings, the residential complex promises sophistication and luxury tailor-made for the premium segment. Residents will have convenient access to international schools, high-quality hospitals, green public spaces, shopping and entertainment hubs. The premium project offers spectacular views of the My Dinh Central Lake Park and is in close proximity to Hanoi’s elevated mass transit railway network. Other trimmings include heated swimming pools and a four-level shopping podium with a cinema. 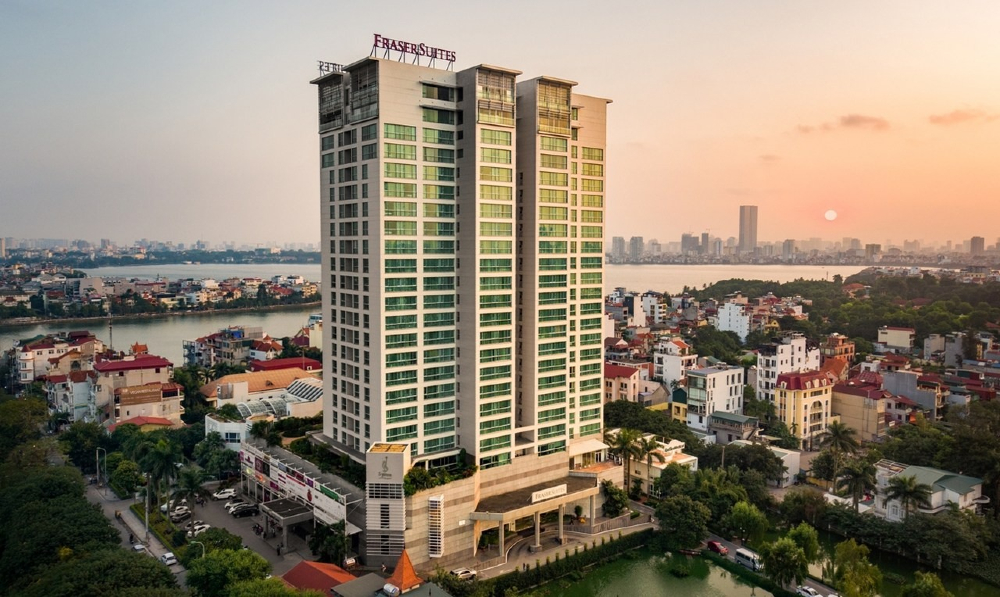 Although it has been in business for over a decade, Fraser Suites Hanoi is blessed with numerous advantages that help keep it fresh. One of these is its fantastic setting by the city’s West Lake. The largest of Hanoi’s lakes, West Lake is famed not only for its beauty, but also for its varied selection of bars, restaurants and cafes and proximity to city highlights such as Tay Ho Temple and Tran Quoc Pagoda. Other plusses of the property include sumptuously decorated residences equipped with separate living, dining, kitchen and bedroom areas and an outdoor resort-style pool perfect for whiling away balmy afternoons.

Acclaimed developer CapitaLand appears to have hit the mark yet again with this dreamy effort on the shores of West Lake. With one of Hanoi’s best locations to mould their product around, the developer has gone the extra mile to ensure that investors get the best from the incredible situation. Indeed, the magical vistas over the lake to the Red River are undoubtedly a major trump card. There’s much more than just great views to savour here. Imaginative design and evolved architectural concepts nudge units and public spaces towards the stratosphere. Private lifts to the boutique units heighten the sense of luxury while whimsical facilities add a playful element to proceedings.

This article originally appeared in Issue No. 157 of PropertyGuru Property Report Magazine