Vietnam’s most outstanding builders and designers will gather for a small, exclusive, socially distanced awards presentation 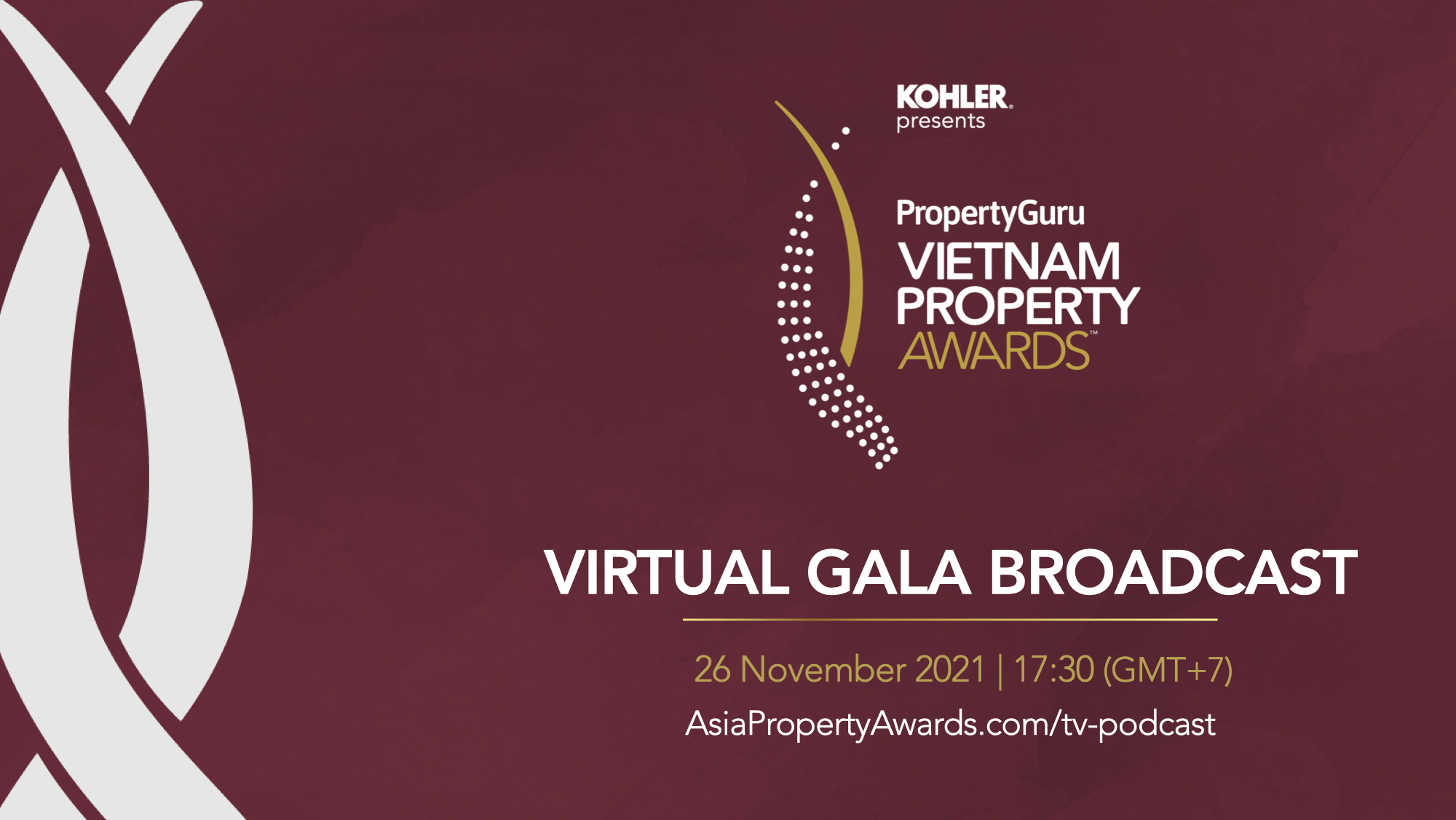 On 26 November, the 7th PropertyGuru Vietnam Property Awards will host an exclusive hybrid gala celebration at Park Hyatt Saigon to commend this year’s best developers and designers for their strength, determination, and steadfast commitment to quality, especially during such a demanding time.

Along with select members of the independent judging panel, sponsors, partners, and the press, major contenders of the night will gather to network with their peers and await their fate to be crowned as the best in the design, development, and developer categories.

The intimate physical gathering will commence at 17:00 (GMT +7) with a short programme and where dinner will also be served halfway through. Attendees at the venue will be watching the live streaming of the gala together with a global audience, celebrating the achievements of this year’s leaders who continue to set the benchmark for excellence.

The prestigious virtual gala will be streaming on asiapropertyawards.com/tv-podcast/, and on our official Facebook and YouTube accounts, where their impressive projects will be presented to global viewers, which may include consumers and potential stakeholders.

The “Virtual Red Carpet” will air at 17:30, where we will hear from our revered members of the independent judging panel, our ESG and charity partners, our platinum sponsor Kohler, our official supervisor HLB, and of course the chief executive officer of Batdongsan.com.vn. This will then be followed by the highly awaited main show where we will find out which developers and designers will take home the esteemed titles of the year.

Following the virtual gala, we will then host a presentation of awards at the physical gathering where contenders present will receive their well-deserved trophies and citations of excellence.

Throughout the virtual ceremony, the official Awards website will also have an interactive live chat feature where viewers can connect with the developers.

All parties invited at the hybrid gala night and involved during the production of the PropertyGuru Vietnam Property Awards virtual gala are and will abide by stringent safety standards established by the local government and the World Health Organisation.