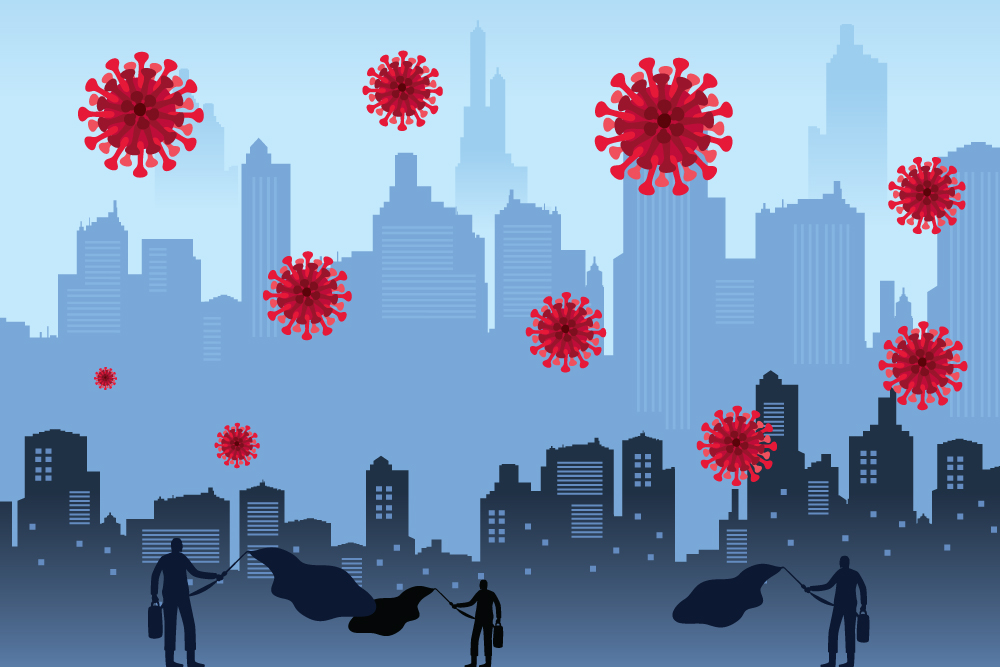 From the Asian influenza 60 years ago to the Severe Acute Respiratory Syndrome (SARS) 17 years later to the COVID-19 outbreak today, China seems to be the breeding ground for deadly pandemics.

Studies reveal that the current public health crisis, which has already taken the lives of 88,446 individuals across the globe, originated in a wet market selling live exotic animals in Wuhan, China. For centuries, locals believed that consuming wildlife provide special health benefits, such as snake soup to treat illnesses, sheep testicles to increase virility, tiger bones to build stronger bones and muscles, and much more.

Though this belief has been debunked by Chinese scientists themselves, it is already deeply rooted in the local culture, which is what enabled the coronavirus, a type of zoonotic disease, to spread from animals to humans.

Yet this is just a sliver of the full scope of the problem that is also affecting other urban cities in Asia, not just China.

According to chief of wildlife at the United Nations Environment Programme (UNEP) Doreen Robinson, “diseases passed from animals to humans are on the rise, as the world continues to see unprecedented destruction of wild habitats by human activity.”

“Humans and nature are part of one connected system, and we need to understand how it works so that we don’t push things too far and face increasingly negative consequences,” she told the Thomson Reuters Foundation.

A 2016 UNEP report revealed that the growing population and the impact of climate change has demanded so much from cities. Urbanisation, deforestation, agriculture — including more intense cultivation — and resource extraction has allowed coronaviruses to come into contact with people from animals, when these two should have never interacted in the first place.

With urbanisation also comes another factor that makes coronaviruses more lethal than it already is: air pollution. People living in these dense, polluted cities are at risk of having lung and heart damage that could worsen if infected by the virus. Did you know that dirty air alone has caused at least eight million premature deaths per year?

As local governments implement containing measures, such as business closures and community quarantines, people have been forced to stay inside their homes. However, most of them are unaware that the air they breathe indoors is five times worse than the outdoors.

“With the quarantine and lockdown, everybody is asked to stay indoors. This means that there would be more pollution created indoors because of human activity,” explained CEO and co-founder of uHoo Dustin Onghanseng.

“The constant use of air conditioners also mean that you’re breathing in stale and recycled air because there is no ventilation and no fresh oxygen coming in from outdoors. Air conditioners also dry up the air, causing you to feel more dehydrated (which lowers your immune system) if you don’t take enough fluids.”

For now, families can rely on air quality devices to breathe healthy air indoors. But in the long run, urban planning can not only prevent the emergence of future pandemics, it can also address other city problems, such as air pollution and traffic congestion.

More: Is Asia prepared for the challenges that come with rapid urbanisation?

Urban planners believe that the COVID-19 outbreak will encourage the Asia Pacific region to consider proper urban planning and design, along with the impact of population density, inadequate housing, food security and technology on the population.

Singapore, South Korea and China have already started taking advantage of big data, robots and drones to monitor the outbreak, disinfect medical facilities and deliver supplies. These technologies may soon become a tool for cities to identify potential issues for faster response.

Diseases have shaped cities in the past. The cholera outbreaks in London in the 1800s have led to the establishment of new zoning regulations to prohibit overcrowding, as well as the development of better plumbing and sewer systems. The tuberculosis epidemic in New York in the early 20th century have improved housing regulations and public transit systems.

The SARS outbreak in China and elsewhere in 2003 has forced Singapore to improve their medical infrastructure and design systems to map the disease.

Nevertheless, most of these historical changes to city planning focus on specific diseases, without even considering what the future can hold.

The professor of global urban politics in the School of Design at the University of Melbourne Michele Acuto said that the future changes that we should make to prepare for future pandemics should have climate change and sustainability in mind.

“What should change — the decentralization of services, better managing of supplies, nets of smaller entities in food delivery, for instance,” Michele told the City Lab.

“Modern planning and civil engineering were born out of the mid-19th century development of sanitation in response to the spread of malaria and cholera in cities. Digital infrastructure might be the sanitation of our time,” she added.

More: The truth about smart cities: why they don’t exist yet

On the other hand, David Barnes, a historian at the University of Pennsylvania who studies epidemics, suggested that we focus on making people healthier to increase their immunity to potential viruses. Through urban planning and design, cities should prioritise developing walkable neighbourhoods, playgrounds and bicycle lanes to make it more convenient for residents to exercise and provide ways for them to lower the psychological and physiological stress.

“There’s a lot that city planning can do to make people healthier, and it’s mostly on the side of immunity,” Barnes argued.

As for other crucial aspects that need to be considered when urban planning, these cities must be able to provide jobs and services in walkable neighbourhoods, make sure residents have stable housing in case of an outbreak and must have enough hospitals in the area to cater to their medical needs.

As the COVID-19 pandemic continue to devastate countries across the globe, we should no longer consider urban planning and design as a mere option, but as a necessity to improve the urban quality of life and minimise the impact of future pandemics.

This is the second of a five-part series on how the Asian real estate can go green. Read the first, third, fourth, fifth parts here