Certainly one for the record books, Mr. Liam holds the honour of the country’s very first win in this title throughout the history of the Awards programme 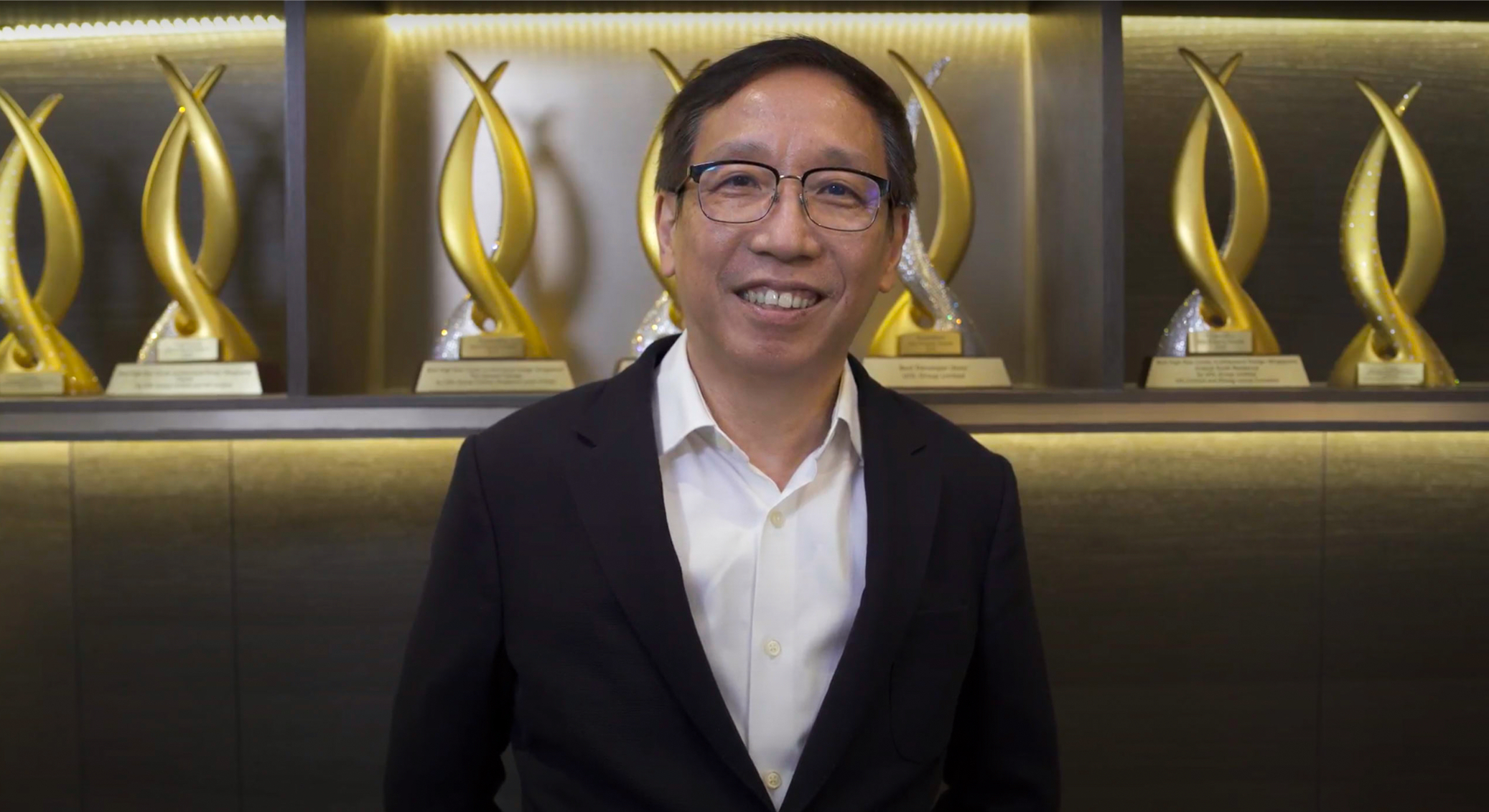 In a mere span of two years, the public health crisis has changed how the real estate sector operates and altered how we define sustainability in residential, commercial, and industrial developments.

Yet even before the outbreak, Singapore has been in the spotlight for being an environmentally sustainable nation, with its leaders pushing for transformation through innovation. Among the tycoons pioneering this is Liam Wee Sin, Group Chief Executive, UOL Group Limited.

He runs one of the biggest development firms in Singapore, with a diversified asset base, covering hotels, serviced suites, retail malls, offices, and residential developments. Through the Group’s hotel subsidiary, Pan Pacific Hotels Group (PPHG), they own and manage over 30 hotels and serviced suites. Their extensive portfolio also cover commercial assets through another subsidiary, Singapore Land Group.

During an interview with the Property Report team, the editors of the PropertyGuru Asia Property Awards & Events, he shared: “Covid has hit various sectors in varying degrees – hospitality and retail were the hardest hit, whereas office was more stable and residential was thankfully resilient. This diversified business model has given us resilience as a group.”

Despite the adversities, Liam Wee Sin has also stayed resolute in the Group’s mission to “create value and shape the future”. In April 2021, he was designated as a new member of the Future Economy Council (FEC) to co-chair the Urban Systems Sub-Committee. With this new role, he will be influential in the growth and transformation of the country’s economy.

He has also devoted 15 years of service to the Real Estate Developers’ Association of Singapore (REDAS), which is why in November 2021, the organisation granted him the REDAS Luminary Service Award, where he currently serves as the second vice-president.

Overall, his determination in advancing the green agenda, his enduring commitment to quality and excellence, and his achievements as head of UOL Group were just some of the admirable qualities that drew the attention of the Property Report editors when we granted him the Real Estate Personality of the Year accolade at the PropertyGuru Asia Property Awards (Singapore) gala in 2015, the only honour not presented by the independent judging panel.

Six years later, in 2021, the editors invited Liam Wee Sin back to the virtual stage of the PropertyGuru Asia Property Awards Grand Final to showcase his dedication to his country, to sustainability, and to users’ evolving needs as the recipient of the highly coveted PropertyGuru Icon Award.

The Icon Award is only given to a past Real Estate Personality of the Year winner who has displayed their utmost dedication to improving their country’s built environment since receiving the local award. This special accolade is bestowed in front of a global audience where our major winners from Australia, the Chinese territories (Mainland China, Hong Kong, Macau), Greater Niseko (Japan), India, Indonesia, the Philippines, Malaysia, Singapore, Sri Lanka, Thailand, and Vietnam compete to be crowned the Best in Asia.

Throughout the course of our Awards programme, we have granted the Real Estate Personality of the Year honour to 76 industry leaders across the region who are all eligible for the Icon Award. Thus far, Liam Wee Sin is the fourth to receive this prestigious accolade and he holds the honour as the very first recipient in Singapore.

In presenting this award, Managing Director of PropertyGuru Asia Property Awards & Events Jules Kay praised his achievements, stating: “As the leader of one of the biggest property development firms in Singapore, he has been instrumental in his firm’s production of exemplary green developments, including The Clement Canopy, the tallest modular tower in the world.”

By 2023, UOL will supercede this achievement with the completion of the 56-storey Avenue South Residence in Singapore, which will become the world’s tallest PPVC building.

Jules Kay added, “Throughout his career, he has consistently showcased a passion to advance the country’s built environment through his firm’s sustainable developments and ESG commitments. He has also remained steadfast in his drive to create a better tomorrow for his fellow citizens by creating quality developments that cater to all walks of life.

This determination has also led him to address critical issues such as encouraging the government to support first time home buyers and advocating for sustainability through innovation.”