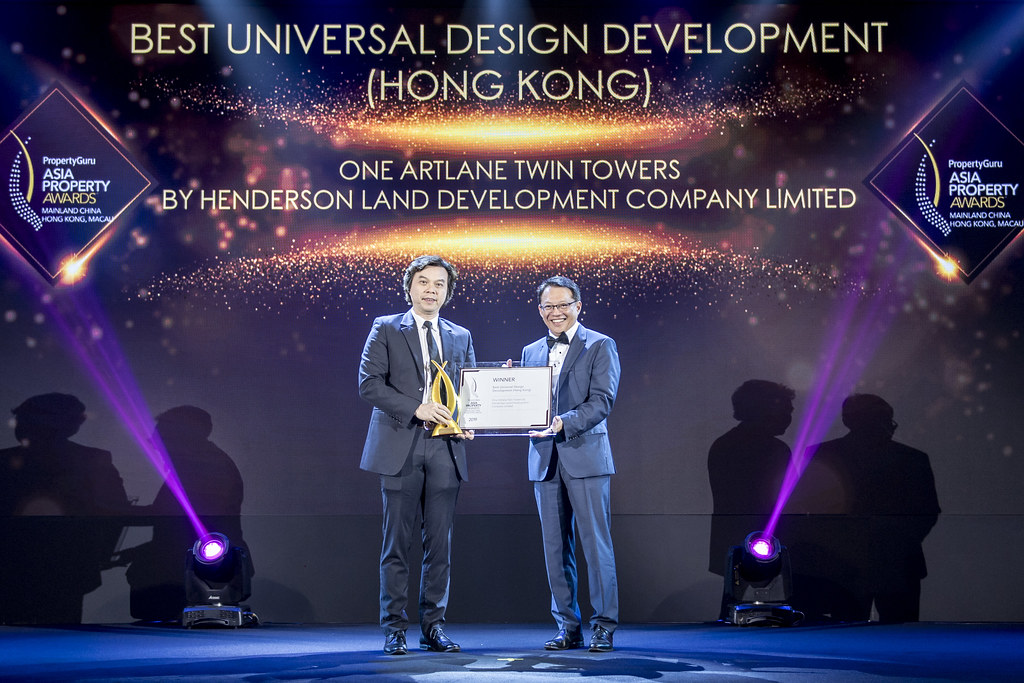 From the age-old graffitied walls by Hong Kong street art mainstays such as ‘King of Kowloon’ Tsang Tsou-choi to the ubiquitous coloured murals around SoHo, street art has offered some of Hong Kong’s humblest neighbourhoods a new lease on life — particularly in recent years.

Ever since the launch of the yearly street art festival HKWalls — held every spring since 2014 in tandem with the city’s dedicated art month — Hong Kong’s penchant for vibrant walls has spread across Sheung Wan, Stanley, Wong Chuk Hang, Sham Shui Po, Central and Western districts.

One of the most well-known quarters in town supporting Hong Kong street artists is Sai Ying Pun’s ARTLANE, an area commissioned by developers Henderson Land to instil a sense of vibrancy into the old neighbourhood through art — in a campaign they dub ‘Urban Art SoHo at Island West.’

The art-centred design of Two · ArtLane has helped it win over a number of leading accolades in the industry: winning PropertyGuru’s Best Universal Design Development in China and Hong Kong, and the Best Boutique Condo Development award at its recent Asia Property Awards.