There may be a growing increase in demand for data centres in the Philippines, particularly from cloud computing and e-commerce, The Manila Times reports.

The Bataan Nuclear Power Plant’s (BNPP) conversion into the country’s largest data centre is a testament to the trend of data center interest, as demonstrated by the recent actions of Bataan Governor Jose Enrique III, which were disclosed at the 2022 Climate Change and Sustainability Summit last 17 August 2022.

Moreover, the hyperscaler industry is set to be the next major economic growth driver, according to Alfredo Pascual, secretary of Trade and Industry. He added that the country is well on its way to being the Asia Pacific region’s next hyperscaler hub, reported the Manila Bulletin.

That said, many investment opportunities are in store for hyperscaler and data centre firms, particularly from China and Hong Kong.

More: The Philippines pushes for more sustainable data centres and for operators to look beyond the metro

Victor Aliwalas, vice-president and technology management advisor of the PLDT Enterprise, believes that the country is set to lead the technology spending growth in Asia, ahead of Vietnam and Malaysia.

Furthermore, Aliwalas also mentioned the Jupiter Cable System, the newest trans-Pacific cable facility connecting the Philippines to the USA and Japan. It is the fastest cable system between the Philippines and the USD with a network distance of 14,866 kilometres and 126ms latency.

The Philippines has a “demographic sweet spot,” according to Undersecretary Rafaelita M. Aldaba of the DTI’s Competitiveness and Innovation Group, due to its talented workforce of 46.5 million people and average annual graduation rate of 750,000.

Colliers Philippines also pointed out that the country grabbed close to PHP16 billion (USD276 million) in investments in data centres due to the surging demand for e-commerce, cloud, and 5G services.

“The Philippines is one of the prime emerging data center markets in Southeast Asia, as in 2021, investments in the sector reached at least P15.5 billion,” Colliers said. 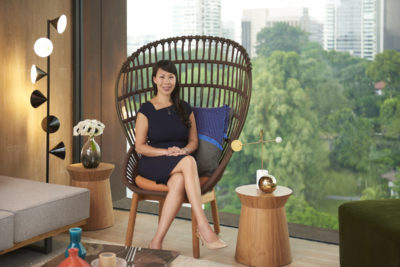