Eschewing fickle trends to tackle designs that will withstand the passage of time, SODA Thailand deserves its reputation as one of the region’s most influential players in the resort residence sector

As a young architect, Stephen O’Dell, founder and director of SODA Thailand never imagined that destiny would one day take him to Thailand.

For well over a decade, he enjoyed a successful career in New York, specialising largely in interior design and working with some of the top professionals and firms in the field. He could easily have continued on his US trajectory, had a chance opportunity not changed the course of his life forever.

“A colleague of mine had a project in Bangkok,” says O’Dell. “I’d been to Asia, but I came, made a presentation and I was invited for a commission. Within a very short period of time, I just started meeting a lot of people. There’s an immense amount of opportunity for us as designers to do what we do best.”

It was 2004 and an especially fortuitous time to be in Asia. Economic growth around the region was still strong and the demand for new projects was immense. More importantly, clients were seeking bold, visionary designs that would elevate their profile. Deep-pocketed developers and investors were more than happy to find the necessary budget for anything that could add to their prestige.

“When I first came here, people were coming to me and saying, ‘We want something different. We want something iconic.’ Budgets and schedules would come up later,” relates O’Dell. “In New York, it’s a bit more of a cut to the chase. It was inspiring to have owners challenge me and to have them want to use my creativity.”

Seizing upon that potential, O’Dell quickly established SODA Thailand, now one of the most ambitious design firms in the region, especially in the area of luxury resort and resort residence design. Today, the firm has grown to 35 employees in its Bangkok office and its name is on some of the most prominent projects of the last decade, including the sleek W Hotel Bangkok. By now, the firm often acts as the architect, interior designer, and even landscape architect for a number of their projects, allowing O’Dell to craft a fully realised, unified vision in a hospitality space.“

Being a designer, it’s a dream to be able to take control of all aspects. It seems to be our focus now to do all of these. It becomes quite a nice challenge and way to control the entire guest experience,” O’Dell says. “With resort design, our goal is to take people out of wherever they are or wherever they’re trying to get away from.”

“When I first came here, people were coming to me and saying, ‘We want something different. We want something iconic.’ It was inspiring to have owners challenge me and to have them want to use my creativity

When it comes to resort design, O’Dell and his team go to great lengths to help guests mentally gear shift from their everyday routines the moment they enter. That often translates to a truly striking welcome experience.

“For a resort, you have to create environments that create experiences, beginning from the arrival,” O’Dell says. “For example, at Hilton Yala, we’ve created this almost Jurassic Park-like space that compresses people down almost into a canyon-esque space. I call it the compression moment, where you take people out of their stresses, and then open them up.”

Over the years, O’Dell has learned to steer away from an excessive reliance on passing trends. While some design firms tend to jump on of-the-moment styles, as these fads fade, they tend to leave resorts that look prematurely dated in their wake. He finds this especially true of resort residences.

“I don’t like hotel rooms that are overly finished, because in five years, you have to replace it all. It’s not only an aesthetic choice. It helps make it feel more residential and like a home,” O’Dell says. “It’s also good for business, because then it has a timeless quality. As you mature, you see a lot of your projects after 10 or 15 years and how they age. So, there is a lot of expertise that we can bring to these hotel owners about how to build something economically sustainable that will last.”

Sustainability factors into O’Dell’s process in many ways. While hotels and resorts tend to consume large quantities of energy, he is committed to creating spaces with as modest a carbon footprint as possible. In order to accomplish this, he turns to natural light and ventilation whenever possible. He has even gone so far as to test out which species of plants can survive with minimal water at the firm’s on-site garden in Bangkok. “In a resort, you have so much opportunity to create passive environmental design so that it has a much lower overall environmental impact,” O’Dell says. “With villas, the air-conditioned space might only be 30 to 40 percent of the total space and you have the opportunity to create more lighting.”

With its emphasis on innovation, ingenuity, and creating resorts and resort residences that remain relevant long after construction is finished, SODA Thailand is poised to continue driving forward design in Asia. 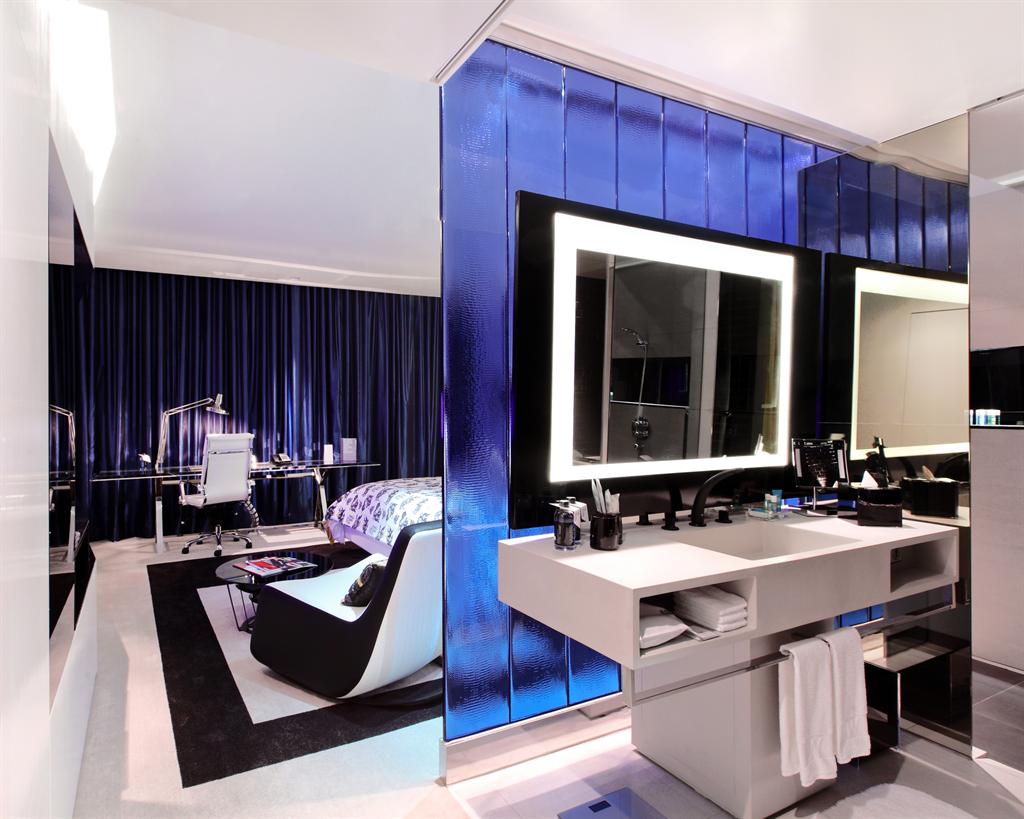 “W clearly set a trend in hotels. They created a lifestyle. It’s all about that lobby: it creates both a social hub and it’s helpful for efficiency, since so many of the staff are there,” says O’Dell. “You’re checking in basically at the bar, which I found fascinating. As a designer, it was quite a challenge, because W already has a very strong identity and they’re intensely successful.” In order to blend in with that powerful branding code, each W Hotel must feel unique and rooted in its surroundings, while at the same time embodying a slick, urbane aesthetic. To meet that, O’Dell created a highly theatrical, contemporary tower centred around the concept of “Bejewelled Mystique” to act as a foil to the neighbouring century-old historic building that forms the second component of the hotel.

Set to open its doors 2021, this luxury beachfront resort owned by Phuket Villa Group, a prominent local residential group, certainly has the potential to create that critical “wow factor” for guests. “We had to create a story of water running through,” O’Dell says of the striking, organic design. In general, he finds that “social media has had a huge impact” and that there is a need to work in the obligatory Instagram moments. As critical as the digital sphere is for promoting a property, however, he finds it is equally important to allow guests to escape it. “You know you’ve done a good job when people don’t care if there’s wi-fi or not and they’re perfectly happy that they’ve unplugged from everything. I think having private spaces or places of contemplation for people to escape distinguishes resorts.”

Light pollution has rendered the night sky all but invisible in many of Asia’s primary urban centres, which is just one more reason why the Maldives is so unique. For this particular resort, Minor Hotels decided to take advantage of the dark sky environment by allowing guests to actively engage with the dazzling, galactic panorama. “At Anantara, they bought a telescope, which we had to actually connect to an existing structure by bridge. It’s a perfect celestial circle. You sit there with a guru and he tells you about the stars and he makes you feel small. It puts things in perspective. It’s powerful enough to make your jaw drop and to make you appreciate time,” O’Dell says. 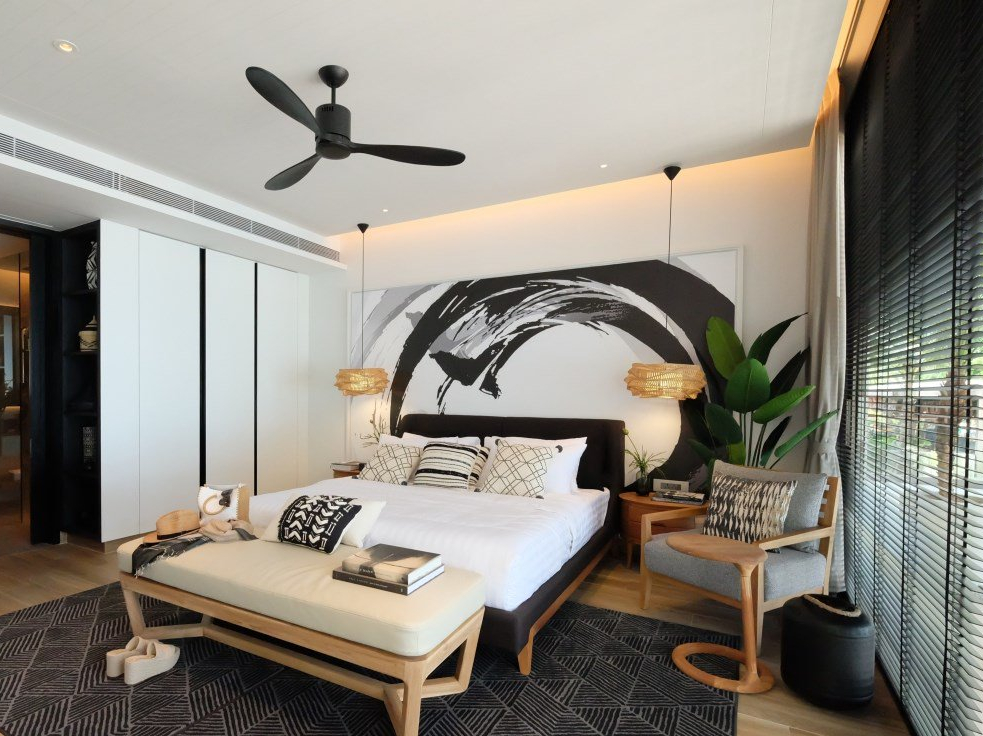 “The resort wasn’t on the beach, so we had to create an internal environment for people to enjoy. By creating these waterfalls and lake features, many units have views of both the water and the mountain. We created these terraced lake features for internal views,” O’Dell says. He wanted to make the MGallery residences stand out from the cookie-cutter beach resort aesthetic that was proliferating around the region. “I call it my ‘Gin & Tonic’ colonial design. There was a trend in Asia towards dark woods. I wanted to take a different approach to these, since they were intended to be residential. As a result, the basic shell finishes are quite simple. For the colour theme, I wanted to go towards more of a throwback. Ultimately, we settled on black and white, but with touches of wood,” he says. 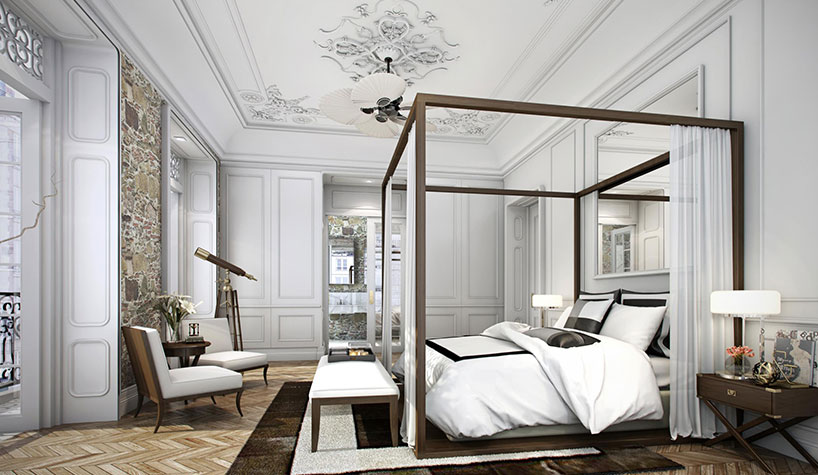 Although much of SODA Thailand’s portfolio is concentrated in Asia-Pacific, the firm’s influence extends far beyond the region. O’Dell is particularly excited for the opening of this 88-key hotel situated in a 400-year-old monastery. Historic properties of this nature require an especially delicate touch and a great deal of consideration, but O’Dell believes the extra effort is more than worth it for the sense of place they lend the finished resort. By the time it is completed, the Hyatt Unbound Panama will incorporate all sorts of nods to its past, including aesthetically distinct French- and Spanish-influenced wings. 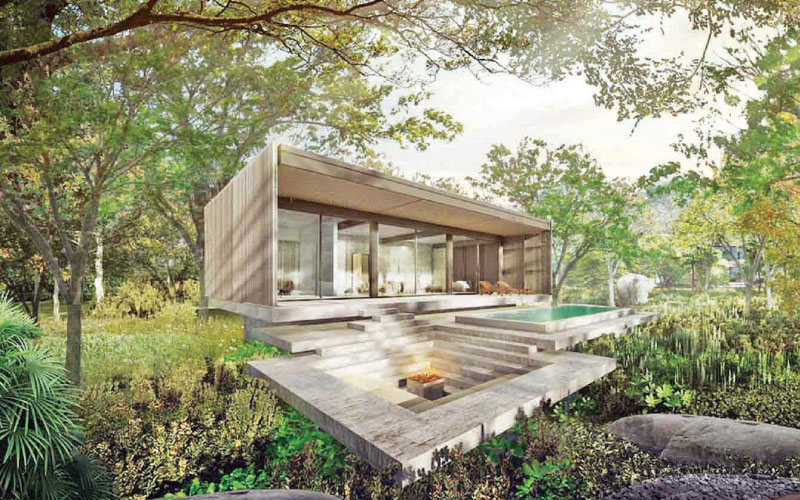 For this forthcoming property, O’Dell had to face a particularly unconventional challenge. The national park’s charismatic megafauna is not only welcome on the property, but also a fundamental part of its appeal. “I had to learn how to design for elephants, cobras, wild boars, crocodiles, and more. Elephants will follow the same path for 70 to 80 years,” O’Dell says. “Sri Lanka is fascinating because of the number of biospheres it has. It goes from subtropical to scrub and desert. We literally spent days on site documenting every tree and rotating villas to avoid losing hundred-year-old trees. We had a local botanist, a local guide to tell us what berries the elephants like.”