Under a new mantra of ‘have plane, will travel’, the alpine destination of Niseko has seen winter bookings come at a blistering pace

Japan’s winter ski hotspot Niseko is set for a strong post-pandemic market rebound due to one simple thing – airlift. Timing is everything and the key touch point for airlines everywhere, moving out of a prolonged period of grounded commercial aircraft, has been to get them up and flying again onto high-demand routes.

In a right time, right place scenario, news of the 11 October 2022 lifting of restrictions of travellers to Japan and seasonal timing of airline winter schedules has created a potential windfall for Hokkaido’s international aviation gateway New Chitose Airport.

Singapore Airlines’ low-cost airline Scoot jumped the gun and was the first to announce a return of winter schedule flights commencing November. More recently Thai Airways will resume daily flights from the first of December this year. Last week Thai AirAsia X also made public plans to restart the Bangkok to New Chitose service in December.

The Thailand Hokkaido connection is driven by a strong Thai domestic ‘snowseeker’ market, and also Bangkok as an Asia hub for the broader international market transiting to Japan given favourable airfares. One key issue for Thais is whether a visa waiver will be put in place with the new reopening program, given a cost issue of approximately THB1500 (USD39) and paperwork requirements. Japan has been slow to roll out extensive guidelines for the reopening which is creating some unrest for hotels and tour organisations in Japan.

Under a new mantra of ‘have plane, will travel’, the alpine destination of Niseko has seen winter bookings come at a blistering pace. Property developers in the destination are reporting a sharp uplift in inquiries given resort real estate is often an emotional buy, and potential purchasers want to get their boots on the ground, given the extended period they were unable to visit.

The newly released C9 Hotelworks market research report Niseko Tourism and Property Market Review gives the forward outlook that the combination of the favourable dollar-yen exchange rate and pent-up demand will see a return to high transaction levels from this winter through the rest of 2023.

A selection of properties creating a buzz at the moment range from the luxury ski-in and ski-out hotel and branded residence development Park Hyatt Niseko Hanazono, Zeikki Properties Intuition, Hinode Hils at Niseko Village, HakuVillas, and the Andaru Collection. One key destination trait of Niseko remains that majority of tourism accommodation is in luxury and upscale condominiums and vacation homes and not traditional big box hotels.

Despite its airlift and demand trajectory, one immediate challenge for hotels and rental accommodations is how to gear up staffing levels for the upcoming winter, given the market typically relies on a large influx of foreign seasonal workers. Expect a strain on service levels for this season but moving forward the critical mass of international brands and impressive new developments bodes well for Asia’s dream ski destination. 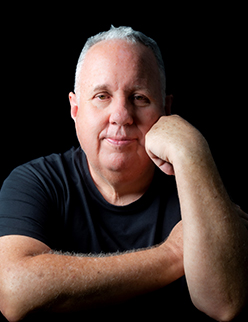 In addition to being a leading consultant, he is a frequent speaker at industry events and conferences.  With over 30 years’ experience in the Asia Pacific region, he has an extensive background in hotel operations, development, and asset management. His past employment highlights include Senior Corporate roles at international hotel chains and publically listed companies. Bill is considered to be one of the foremost industry experts in the hotel residences sector.  To date, Bill is the author of four books on travel, property, and hospitality under the titles of Slave to the Bean, Collective Swag, It Might Get Weird and Last Call.

Australia is back in business with Asian investors

As Australia lets down its guard post-pandemic, the delicate dance between maintaining economic ascendancy and managing foreign ownership restarts

Australia is back in business with Asian investors

As Australia lets down its guard post-pandemic, the delicate dance between maintaining economic ascendancy and managing foreign ownership restarts