With historic charm, culture, and delectable cuisine in its capital Georgetown and idyllic beach enclaves elsewhere, Penang is one of Malaysia’s most appealing investment hubs

One of the undoubted stars of northern Malaysia, Penang has long been prized as an investment destination. Great transport and air links from the mainland and from nearby Asian countries such as Singapore and Thailand make the so-called “Pearl of the Orient” even more appealing for prospective property owners. It is no surprise then that the property market on the island continues to entice buyers, with a clutch of new projects catching the eye. While the island’s historic capital, Georgetown, is one of the most evocative cities in the region—famous for its heritage, culture and amazing food scene—much of the development is centred on the island’s clutch of idyllic beach enclaves. 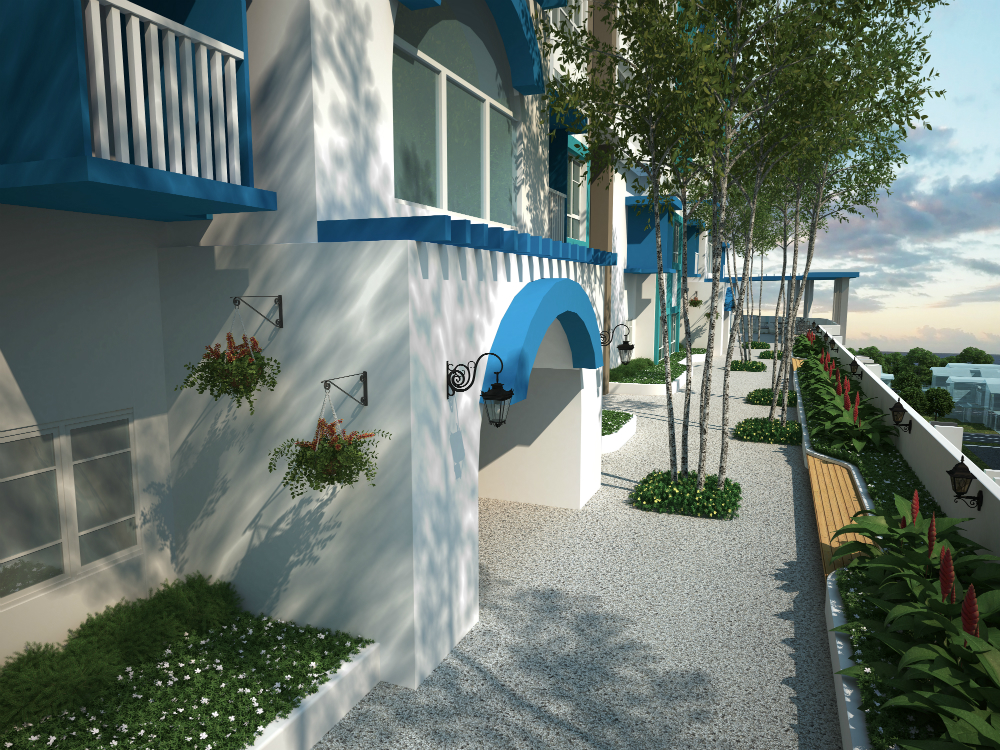 It may not be entirely redolent of the blissful Greek island, but I-Santorini wins points for creativity in its bid to adopt a classic Mediterranean look. Comprised of three high-rise blocks, the whitewashed walls and sky-blue features seamlessly blend with the backdrop of the Malacca Straits behind them and have the practical advantages of keeping the building cool, fresh and breezy. All units have a standard built-up area of 850 square feet, which consists of three bedrooms, two bathrooms, living area, dining area, kitchen, yard and entranceway, and prices ranging from MYR300,000 (USD72,000) to MYR460,000 (USD110,200). The building boasts a range of amenities for children such as activity zones and a water cove, but the condo’s centrepiece is undeniably its swimming pool. 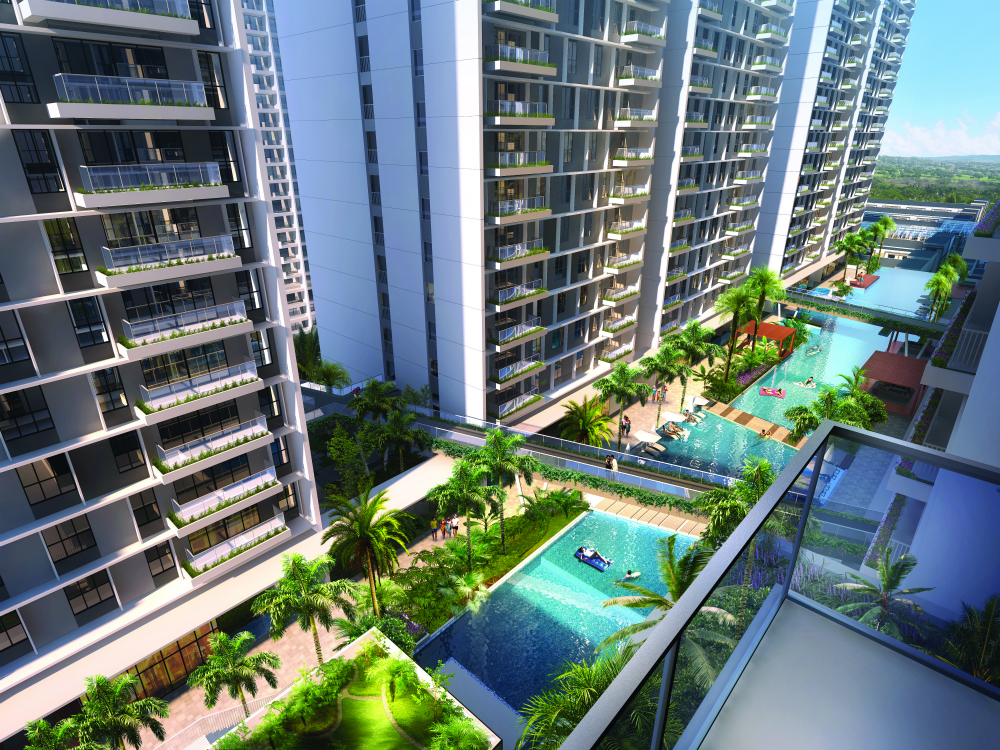 So often condominiums can seem cold and sterile and incongruous with their natural surroundings. The clever designers of Vertu Resort in Batu Kawan have sought to make its residents feel at one with nature by going green, putting emphasis on features that promote peace and calm and rooms that are spacious and awash with natural light during the day. Part of Aspen Vision City, Vertu Resort features a hammock garden, an open-air gym, and a rock-climbing course; but its most tantalizing feature is a 152-metre swimming pool, which in the hottest months of June and August is a blessing. Rooms come in sizes of between 740 square feet to 1,800 sq. ft and can be laid out in nine different ways according to taste. 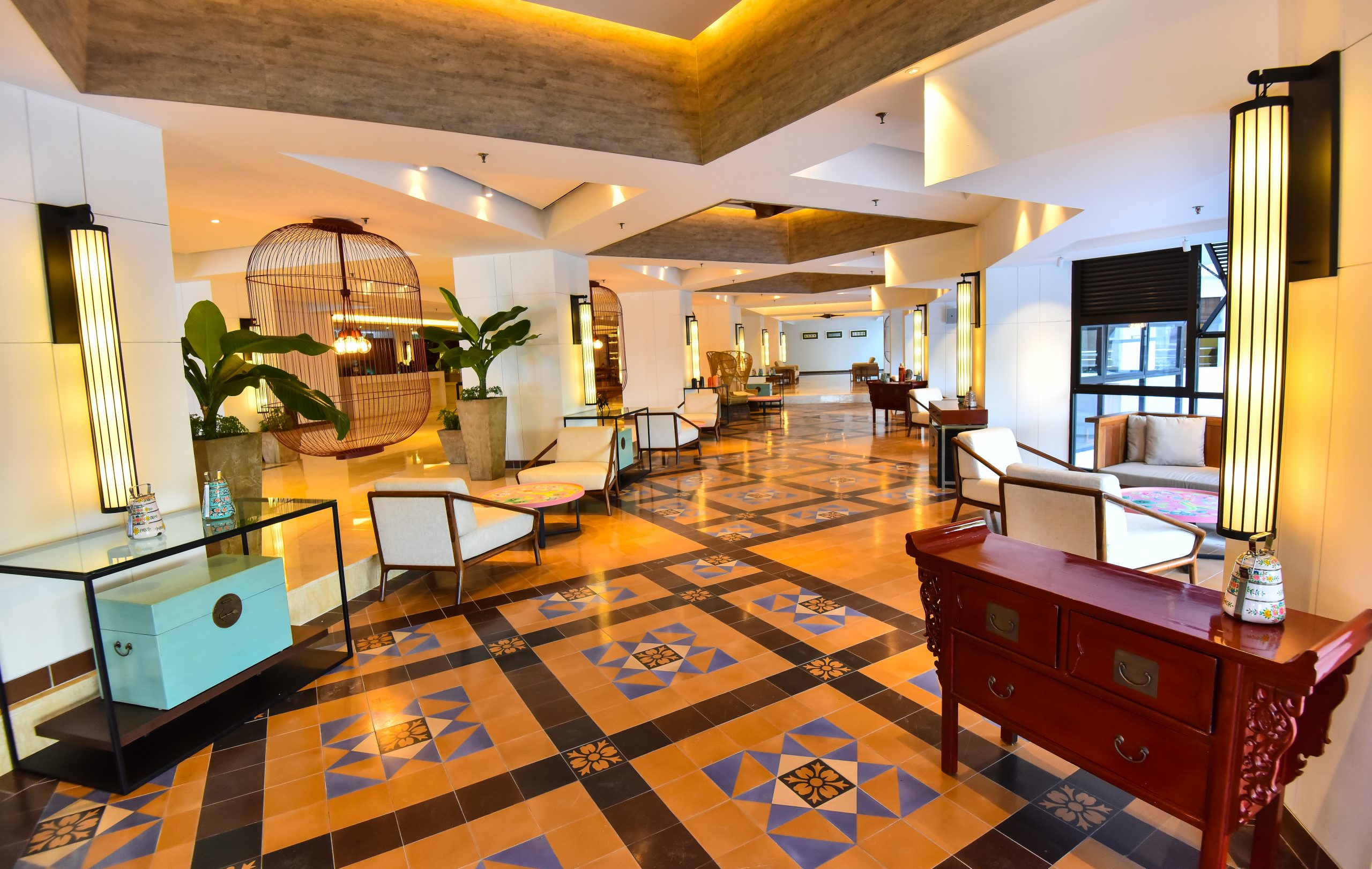 The new DoubleTree Resort by Hilton Penang is perched along a tranquil stretch of Batu Ferringhi beach and aims to win over families who don’t want to skimp on luxury. With Malaysia’s first teddy bear-themed museum and spacious rooms that can be customised to feature a bowling alley, mini-golf course and karaoke bar, Hilton has thought carefully about how to appeal to all the family. The resort has direct access to Miami Beach and hotel staff will even pack you a picnic with fresh pastries and other tasty morsels. Rooms start from USD85 per night for a guest room and go up to USD185 per night for a Family Room with two bedrooms and a balcony. 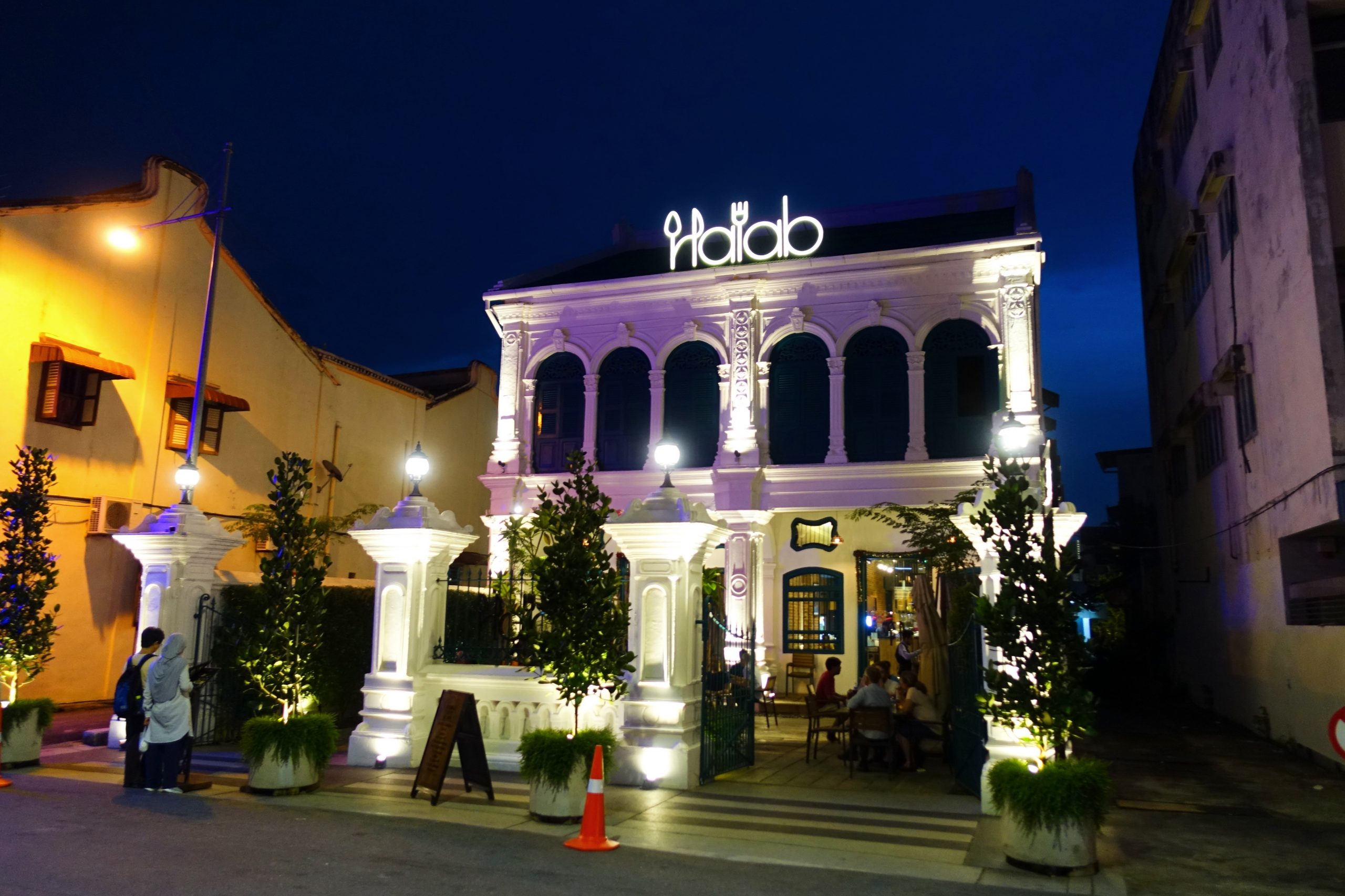 From the curries to the sweets, Penang is a gourmand’s paradise, where all the flavours of Asia meet. One of the latest restaurants to meet the bar of quality is Halab. This Middle Eastern restaurant on Chulia St., Georgetown, serves big plates of classic Arabic food, deliciously homely and reasonably priced. A huge plate of grilled meat, which is enough for two or three persons, is only around USD15. For vegetarians, Halab does an excellent hummus, creamy and well-seasoned, and a delicately smoky Baba Ghanoush. The restaurant is elegant and glitzy, but the food entirely unpretentious. And should your eyes and stomach be reluctant to call it a night early, the restaurant stays open until 4 am all week. 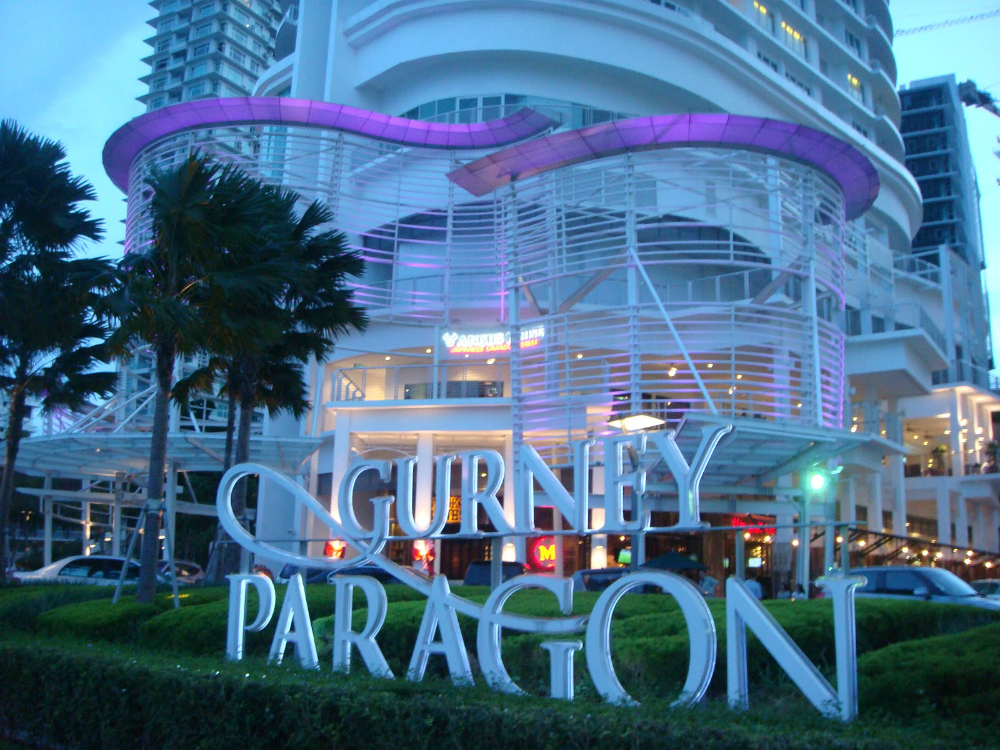 Set along the Persiaran Gurney, the Paragon Mall overlooks the seafront and is home to more than 40 fashion brands including Rolex, Michael Kors and Adidas, and 30 restaurants serving everything from Asian to European cuisine and Belgian beers. The complex is very much an entertainment spot, too, with a movie theatre and some of the bars regularly hosting live bands and big sports games on projector screens. The mall has a charm so often absent in mega shopping complexes since the entire 700,000-square-foot complex has been built around St. Joseph’s Novitiate, a chapel built in 1925 whose polished marble floors and stained-glass windows have been preserved and incorporated in the layout of the mall. 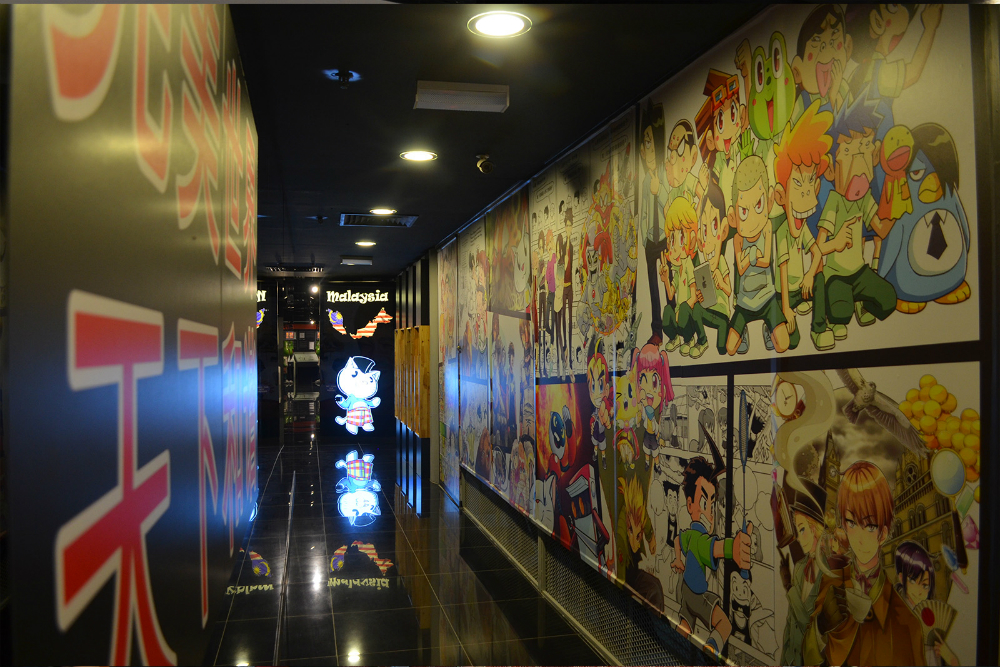 They have the power to amuse and savage and tell history in a way that books and film can’t. Comics are a fantastically entertaining way of learning about history, and at The Penang Asia Comic Cultural Museum, their importance in capturing the shifting political, cultural and artistic moods in Asia of the past century is evident. On display are comics banned during the Chinese cultural revolution, when their artists were branded as “poison grass.” The ban was lifted by Zhou En Lai in 1971 who saw the power of using comics as propaganda. The museum also has illustrations of superheroes, cartoons, manga, art and martial arts, including a thrilling section devoted entirely to the Hong Kong superstar Bruce Lee.

This article originally appeared in Issue No. 156 of PropertyGuru Property Report Magazine