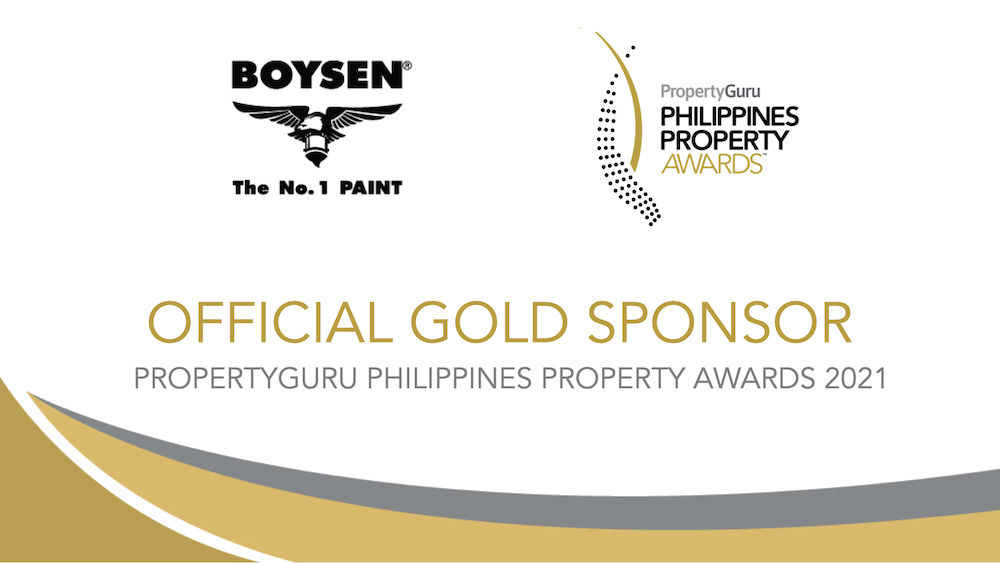 Boysen Paints, a household name for premium, time-tested, quality-proven paint products and construction chemicals in the Philippines, returns as the official Gold Sponsor for the 2021 PropertyGuru Philippines Property Awards.

“The PropertyGuru Asia Property Awards provides an effective platform for us to genuinely connect with our customers even as we embark on the new normal,” said Justin C. Ongsue, the vice president for operations.

As the real estate landscape continues to evolve to adapt to the new normal, Boysen Paints extends its support to PropertyGuru on its 16th year of recognising the top developers, developments, and designs across Asia Pacific.

“We appreciate your comprehensive networking and remain convinced with the selection process of the nominees and winners. We are once more privileged to partner with you in this initiative.”

On their part, Boysen Paints shares their commitment to introducing cutting-edge innovations that are designed to address the ever-changing needs of the consumers, including the human-safe Bug Off™ paint that rids households and commercial establishments of insects, as well as the lead-safe water-based interior paints with Indoor Advantage™ Gold 3rd party certification.

Boysen Paints started out as a repacker of paint and lacquer thinners in 1953 before expanding into producing its own economy grade paints four years later. By 1960, the company obtained the Boysen Paints license, which gave access to new technology and enabled the production of premium grade paints.

Since then, the company has outsold all U.S. brand paints manufacturing in the Philippines, securing the lion’s share of the market. In 2001, Boysen nabbed the 58th spot as the world’s top paint makers by The Coatings Agenda Asia-Pacific and in 2010, Coatings World ranked Boysen Paints as the world’s 51st largest paint company.

Established in 2005, the PropertyGuru Asia Property Awards has an unparalleled reputation for being credible, fair, and transparent, with an independent panel of judges and trusted awards supervisor. The programme hosts several annual gala dinners in physical and virtual formats, welcoming hundreds of C-level executives, senior industry figures, and property seekers from around the region.

Widely recognised as a professionally-run international awards series, the 16-year-old programme continues to set the gold standard for achievement and success in the Asia Pacific real estate sector.