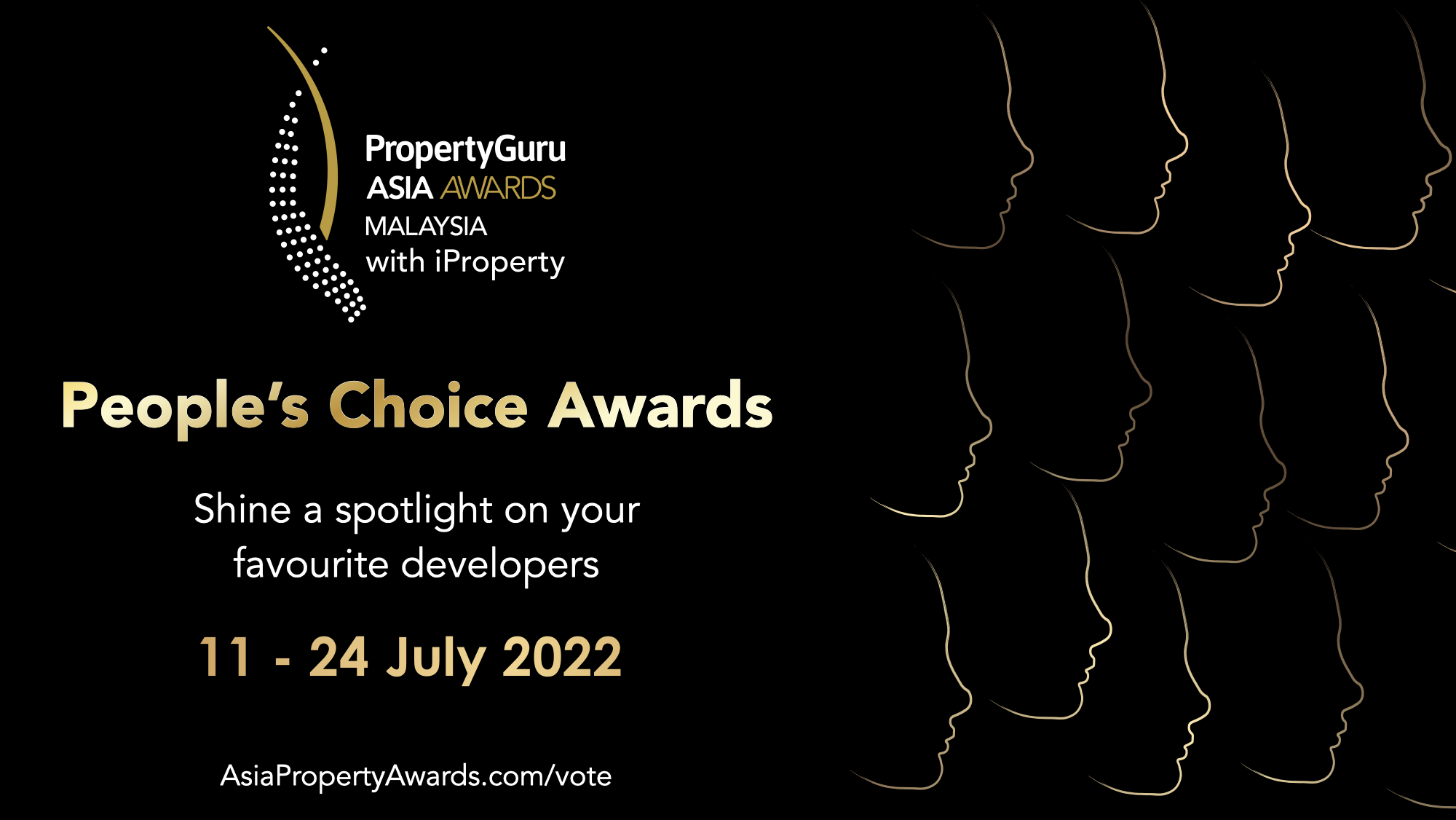 The 2022 PropertyGuru Asia Awards Malaysia in partnership with iProperty.com.my, the hallmark of excellence in Malaysian real estate, has launched the voting period for the People’s Choice Awards, where consumers can choose their most trusted and preferred real estate developers.

Malaysia’s top two leading property portals this year launched the 9th PropertyGuru Asia Awards Malaysia in partnership with iProperty.com.my to bring together two of the nation’s most respected awards programmes to set a new single benchmark for excellence in Malaysian real estate.

As part of the prestigious accolades, the new Awards will also include the coveted People’s Choice Awards, as voted by Malaysian property buyers, plus special recognitions and titles.

Open exclusively for residents in Malaysia, property seekers can shine a spotlight on their favourite developers that deliver the Best in Trust, Quality, and Value for Money in its products and services.

The voting period begins on 11 July and ends on 24 July 2022 via iproperty.com.my/awards/votenow.

Parent companies of projects who are participating in this year’s programme are eligible to be part of the People’s Choice Awards shortlist.

PwC Malaysia has been appointed as the Official Voting Partner to independently verify the votes received online.

Eligible consumers who participate in this voting campaign will be entitled to win exciting prizes, including an overnight staycation, meal vouchers, and several e-vouchers. Lucky campaign winners will be announced on 1 August 2022 online via iproperty.com.my/awards.

Jules Kay, general manager of PropertyGuru Asia Property Awards and Events, said: “2022 has been a milestone year for Malaysian real estate. This year, the country’s trusted property portals have joined forces to present the PropertyGuru Asia Awards Malaysia in partnership with iProperty Malaysia to create a single, credible benchmark for the local property market.

Aside from the competitive awards for your trusted developers, we also want you to name your local developers of the year for our People’s Choice Awards, which will be independently verified by PwC Malaysia. Cast your votes and get a chance to win exciting prizes.”

These competitive awards, along with some Special Recognition Awards and the People’s Choice Awards, will be presented at the highly anticipated, exclusive gala dinner of the 9th PropertyGuru Asia Awards Malaysia in partnership with iProperty.com.my to reward industry leaders on 18 November 2022 at the historic Majestic Hotel in Kuala Lumpur.

More: Two awards become the number one in Malaysia to celebrate the hallmark of real estate excellence

The event will also be streamed live via asiapropertyawards.com/TV-Podcast/ and the official channels on Facebook, LinkedIn, and YouTube, as well as on iProperty.com.my’s Facebook page. Highlights of the event will air on the History Channel, the official cable TV partner of the Awards.

iProperty Malaysia first announced the People’s Choice Awards in 2014 to recognise property developers that have captured the trust and confidence of consumers. Through this stamp of approval directly coming from property consumers, the Top 10 Developers will have increased confidence in their connection with the local market.

Voting for the 2022 People’s Choice Awards is now open at iproperty.com.my/awards/votenow.