Filipino-Chinese billionaire is a champion of smart townships and CSR

One of the highest regional honours presented at the PropertyGuru Asia Property Awards Grand Final, the title celebrates the career of one of Asia’s most prominent and active real estate leaders.

The special award is selected by the editors of PropertyGuru Property Report and only past winners of the Real Estate Personality of the Year award from at least three years ago are eligible. Candidates must also have achieved further success as an industry leader since claiming the previous title.

Tan, one of Asia’s top real estate billionaires, won the Philippines Real Estate Personality of the Year award in 2014 at the second annual edition of the Philippines Property Awards.

Since being named ‘Personality’ winner, Tan has led his team to earn three consecutive Best Developer (Philippines) titles from 2016 to 2018.

He was also cited for being a champion of corporate social responsibility (CSR) programmes carried through the Megaworld Foundation and Empire East Cares, which won the Special Recognition in CSR at the 2018 PropertyGuru Philippines Property Awards. 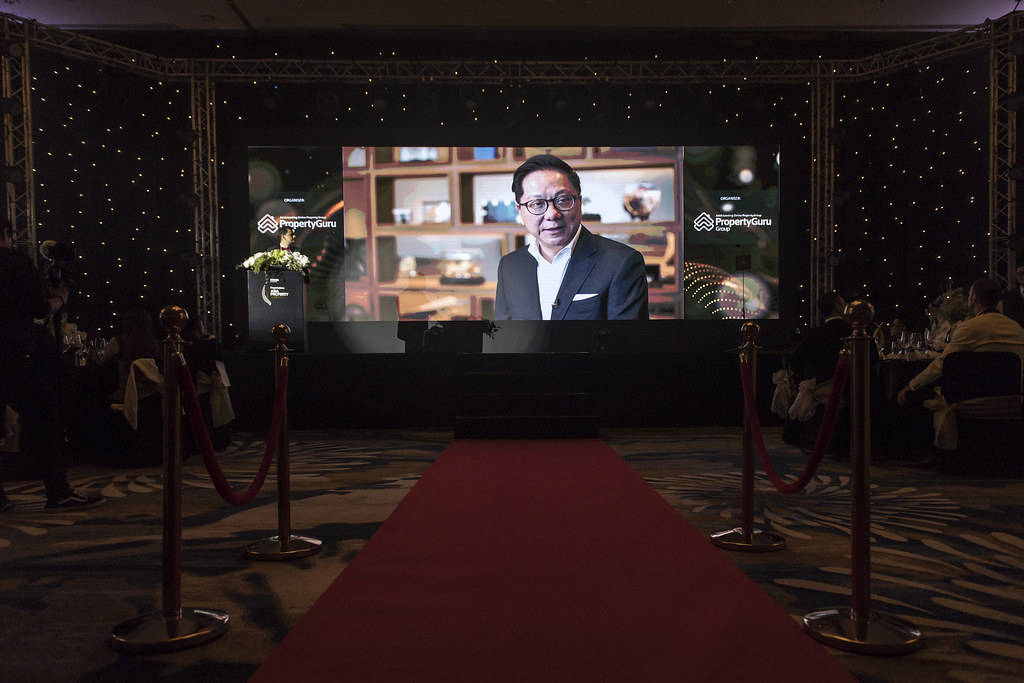 Tan accepted his Icon Award via a video message played at the Grand Final in front of 500 guests and finalists from around Asia Pacific. His son Kendrick Andrew L. Tan attended the ceremony to receive the award from PropertyGuru Group CEO Hari V. Krishnan.

“I would like to thank PropertyGuru for this prestigious Icon Award. I’m happy that our work in real estate has been recognised. It is an honour that we appreciate. Truly it is the collective effort of everyone in the company that has made this possible,” the elder Tan said in the video recording.

Megaworld has been known as a pioneer in township development in the Philippines since the late 1990s, when the company launched Eastwood City, the country’s first true and successful modern township project. To date, the company has created 23 fully integrated community developments across the archipelago.

The company’s recent CSR initiatives include: ‘pROOFs’, a partnership with Gawad Kalinga in Muntinlupa City; ‘The Blanket Project’ to benefit Marawi survivors, and an art programme for a small school in Laguna province.

Hari V. Krishnan, CEO of PropertyGuru Group, said: “We’ve inaugurating this special Icon Award this year to honour one of Asia’s influential real estate leaders who has made a difference in his home country and the Asian property sector as a whole. It is fitting that our first-ever Icon recipient is a pioneering, mixed-use property developer who leads an amazing, multi–award-winning team at Megaworld. As a group, they continue to innovate in the industry, incorporating smart and digital technology, design innovations and connectivity for the company’s townships, making them ‘future-ready.”

Awardees at the glittering 8th PropertyGuru Asia Property Awards Grand Final, presented by Kohler, came from 15 key property markets across the Asia Pacific region, from Sri Lanka to Greater China, including an elite selection from Japan and Australia who joined the prestigious awards programme for the first time in its 13-year history.

The Awards celebrated the new iconic developments in the region that champion green building, sustainability, corporate social responsibility (CSR), value for money, and innovation, announcing a total of 55 competitive awards in addition to the PropertyGuru Icon Award.

The exclusive ceremony was keynoted by H.E. Dr. Aladdin D. Rillo, Deputy Secretary-General for the ASEAN Economic Community (AEC), the evening’s Guest of Honour, who delivered an inspiring message from the AEC about market integration and regional cooperation.