Having transformed Lan Kwai Fong from a backwater street into Hong Kong’s most thriving expat hotspot, Dr. Allan Zeman knows a thing or two about urban redevelopment. He shares his thoughts on Hong Kong and how to harness dynamism for the greater good 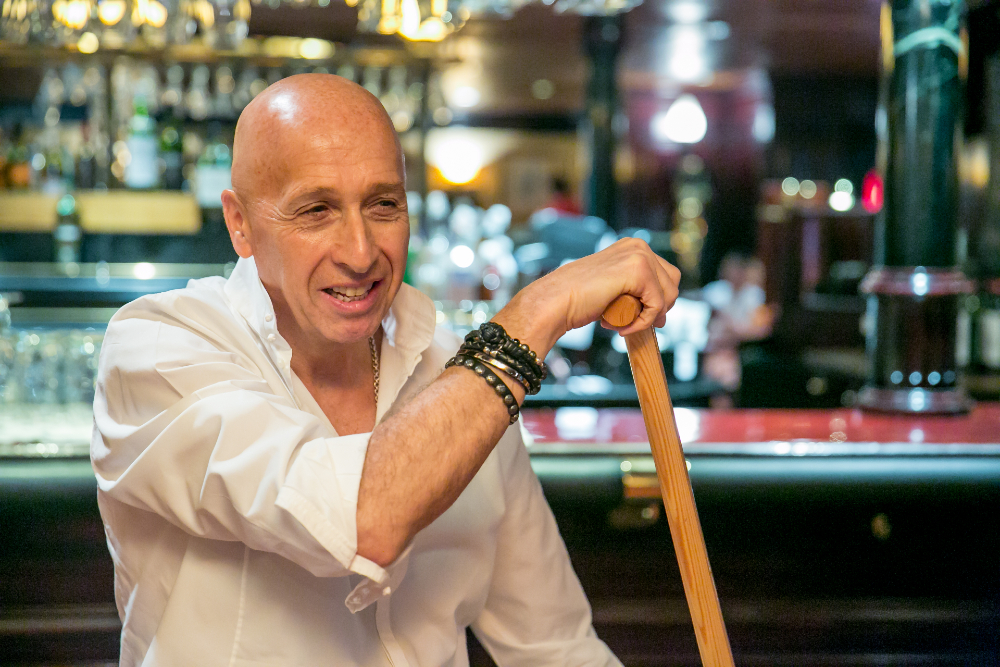 “I’ve always felt that if someone else could do something, then why can’t I?”

This can-do logic continues to guide the audacious Dr. Allan Zeman, Hong Kong’s famed entertainment and property mogul, through businesses that now span across such industries as media and marketing, food and beverage, and real estate development.

Almost five decades since his move to Hong Kong in 1975, and 36 years since he bought the entire block of Lan Kwai Fong—transforming it from a dull backwater alley into Hong Kong’s legendary party district—Dr. Zeman remains as tireless as ever. His prowess in empire-building has reached far and wide. The figurehead of Lan Kwai Fong Group, he has opened 35 offices in destinations such as Thailand and the Philippines and even South America.

Dr. Zeman learned the value of hard work when he was young. At age 10, three years after his father passed away, the young Zeman juggled school with newspaper delivery. He was 16 when he dipped his toes into fashion—a world he continues to inhabit, and which allowed him to buy his first car. By the time he hit 19, he had started importing ladies’ garments from London to Canada and the US. This first business venture made USD1 million in profit in its first year.

Dr. Zeman’s role in changing the face of Hong Kong began with a buying trip for his garments company. That fated visit in the early 70s led him to discover Hong Kong’s potential as an investment destination, with its low tax base, limited government interference, and potential business opportunities.

Looking back on those early years in the territory he says it felt like a place where “you can have a dream that night, wake up the next morning, and make that dream a reality.” Years later, he moved his business to Hong Kong and has not looked back since.

What was the inspiration behind Lan Kwai Fong’s facelift and how were you able to grow your company from there?

At that time, expats came from all over the world to work in Hong Kong because of the lure of the Chinese market. Hong Kong was still under British colonial rule, so there weren’t a lot of the street restaurants we have today. Everything was very formal with the British—if you wanted to have a meal, most of the restaurants were in hotels.I look at things not for what they are, but what they could be. I thought Hong Kong, a great international city, needed a place like Lan Kwai Fong. I was inspired by New York, where they have SoHo and The Village—places where you can hang out, where people can have drinks in a bar.

I rented a space first, called it California restaurant, because I thought California is a place where expats from all over the world can hang out. I then started buying other properties on the block, slowly converting some of the older buildings into restaurants and bars and clubs. Lan Kwai Fong became a sight to see and be seen—a go-to place that even famous people, all the stars, decided to come. The place became something very unique and I became known as the father of Lan Kwai Fong, owning a lot of the properties there.

What do you envision for LKF in about 10 years or so?

Today, almost every city has young people who are educated abroad. When they return home, places like LKF—where they can meet friends, go out, and have a good time—resonate very well. We’re looking at expanding LKF into other places in China, maybe Southeast Asia. We have had one in Chengdu, China for about nine years now, and it has been doing very well. We’re also keen on replicating California Tower as it has become a very good icon for lifestyle buildings, with fitness, clubs, restaurants, and offices.

Beyond Lan Kwai Fong, our portfolio includes plenty of hotels and residentials. We have Andara Resort & Villas, as well as Aquella resort, country club, and golf course in Phuket so we want to roll out more of those, especially in Southeast Asia.

What was the overall property sentiment when you moved to Hong Kong in the ’70s?

Hong Kong was already an expensive place then, but not to the extent that it has become today. The biggest problem was the shortage of land. In 1975, the British did a zoning plan when they still occupied the city-state.

They never predicted 7.5 million people would be living in Hong Kong, so 40 percent ended up becoming the country part, 12 percent commercial, seven percent residential, and the rest were for offices, industrial, farm land, and government buildings. Even though we have a lot of land, legally people can only use seven percent, which forced property prices to rise.

What do you think is driving the months-long political protests in Hong Kong?

The divide between the rich and poor is significant. The last few years have seen Hong Kong become the world’s most expensive city for a number of reasons. First, it’s part of China, right next to a country with 1.4 billion population, and it has always been an international city that caters to the world.

As mainland Chinese got their money out of China and bought properties in Hong Kong, prices skyrocketed. This caused difficulty for people in Hong Kong as only 48.9 percent of the population own their home.

In Singapore, 91 percent of Singaporeans own a home and 85 percent live in subsidised housing. They didn’t do this in Hong Kong; instead they sold lands through auctions, which only about five or six families who really cut in early were able to afford.

The important thing is to realise the problems that happened in Hong Kong: while you need to look after the rich, you shouldn’t forget the poor. From education to the environment, down to the use of technology, cities must be a very liveable place for everyone

This really caused a major problem in Hong Kong because people are just unhappy. Young people do not see upward mobility in their future. Their salaries are quite low, people never graduated from the university, couples got married and could never afford a house so they would have to move in with their parents. To change their lives, they’re thinking there is no other choice but to get rid of the chief executive.

Amidst the ongoing political situation, how will the industry recover?

Well, the good news is three weeks ago, a district council election saw the pro-mainland parties losing big time when 18 districts went to anti-Beijing parties. It was kind of a protest vote by many people in Hong Kong—a rude awakening for the government. Since the election, there’s been a few peaceful protests and no violence. I’m hoping this starts the kind of dialogue needed to fix the structural problem where the rich get richer and the poor get poorer.

More: Navigating the property industry amidst growing tensions between China and Hong Kong/Australia

As one of the premier visionaries who helped urbanise Hong Kong, can you share your philosophy on developing cities in Asia?

The important thing is to realise the problems that happened in Hong Kong: while you need to look after the rich, you shouldn’t forget the poor. The system must look after everyone in general. From education to the environment, down to the use of technology, cities must be a very liveable place for everyone.

It’s important to enable upward mobility, so there’s hope among young people about their future, so they won’t be discouraged. Another thing is to open up borders and markets. Allowing foreign companies to come in can really elevate a country. There shouldn’t be this fear of competition because it can actually make you better.

If you have a great city that is entertaining, environment-friendly, and presents a lot of opportunities for its citizens, whether through housing, education, or work, that is essentially the basic formula.