‘Many of us will live to see the cities of tomorrow, but all of our children will’

Imagine losing hundreds of hours of your life stuck in horrendous traffic as you commute to and from work. Imagine living in a small apartment in a highly congested neighbourhood, with the aggravating noise of the city – from planes flying overhead to drivers honking and revving their engines to workers in construction sites drilling – all but lulling you to sleep. Imagine witnessing your hometown and other cities across the world submerged underwater. Imagine living in a country with unpredictable weather conditions.

And if that doesn’t pull at your heartstrings, imagine your children wearing masks for most of their lives,  not just because of a highly infectious disease but also because of the permanent toxic air. Imagine not giving your children and the future generations the quality of life that they truly deserve.

You must admit that some or most of these situations already sound uncomfortably familiar, which is why we must accept the fact that we are already living in very concerning times.

For most individuals, moving to cities mean access to improved social services, higher quality education, better career opportunities, and even basic amenities that are unavailable in their hometowns.

And with this mindset, in Vietnam alone, around 200,000 people move to Ho Chi Minh City from towns and villages each year. As of the latest tally from Macrotrends, the largest city in the country is home to 8.8 million people, boasting a 2.74 percent increase from the previous year.

Yet, Vietnam is just one of the many mega cities in Asia that are continuously growing in population.

Data published by the United Nations reveal that 25 percent of the population of the top six countries in Southeast Asia will be relocating to megacities between 2015 and 2025, amounting to an estimated  350 million people residing in cities by 2025.

In December 2019, we posed this question: Is Asia prepared for the challenges that come with rapid urbanisation?  Over a year later, here we are still confounded as to how we can completely overcome said challenges.

Think about it. Parts of Malaysia, Indonesia, Singapore, and Thailand are still blanketed by toxic air caused by manmade fires. Penang, Jakarta, Bangkok, and Manila are still submerged under flood waters every few months. Bangkok, Jakarta, Manila, Hanoi, and Kuala Lumpur are still among the most congested cities in Asia.

“We need an intervention – an intervention on how we plan our cities and our communities,” said Hari Krishnan, CEO and Managing Director of PropertyGuru Group, as he shared his vision for the ”homes of the future” at the first virtual edition of the annual PropertyGuru Asia Real Estate Summit in December 2020.

To minimise the impact of rapid urbanisation, he shared innovative solutions established by our developed neighbours, to whom we can take as a precaution and as an inspiration.

In Los Angeles, California, for instance, Mayor Eric Garcetti has been monitoring impoverished communities with less developed urban infrastructure across the city. His findings proved that there is a causal relationship between the lack of bus shelters in the area and the inability of the children living in such a poor state to finish their homework.

“Stretch this out over time and you’re able to see that there are poorer life outcomes for these children growing up in poorer communities,” he shared. “This is a lesson that our Asian megacities can ill afford to ignore with our large populations of poorer  people.”

In Tel Aviv, Israel, a joint effort by the government and private corporations have led to the construction of electric roads that will charge and power the city’s public transportation, with plans to expand to other areas of the city. With the use of electric vehicles, the country is set to reduce its carbon footprint drastically for years to come.

Helsinki, Finland has also found a way to deal with their congestion problems by implementing the Whim MaaS (Mobility as a Service) app that gives citizens access to e-scooters, bicycles, self-driven cars, buses, taxis, and ferries by signing up to the single subscription service. This app has proven to be quite  a success, having expanded to Antwerp (Belgium), Birmingham (England), Tokyo (Japan), and even Singapore.

Since we now live in an era where information is easily accessible because of technology, most of us are painfully aware of the climate crisis and the dire impact of urbanisation. Though easy access to information may have its obvious pitfalls such as the spread of fake news and cyber scams, the citizens of Hanoi and  Jakarta have used their awareness for good.

Hanoi citizens organised a seminar where they all gathered and shared the best solutions from across the world and specifically from the Asia Pacific region. The people of Jakarta, on the other hand, sued the government for the poor quality of breathable air.

Hope for the future

In the semi-annual consumer sentiment survey conducted by PropertyGuru in Singapore, respondents foresee living in a sustainable home, even if it would cost them more than a regular abode. They even shared their eagerness to have a more efficient cooling system and to use solar panels to power their homes.

Across Southeast Asia, Hari shared that most people have decided to live in self-contained townships, which are designed to uphold communal living by providing an abundance of lifestyle amenities and infrastructure within the vicinity. 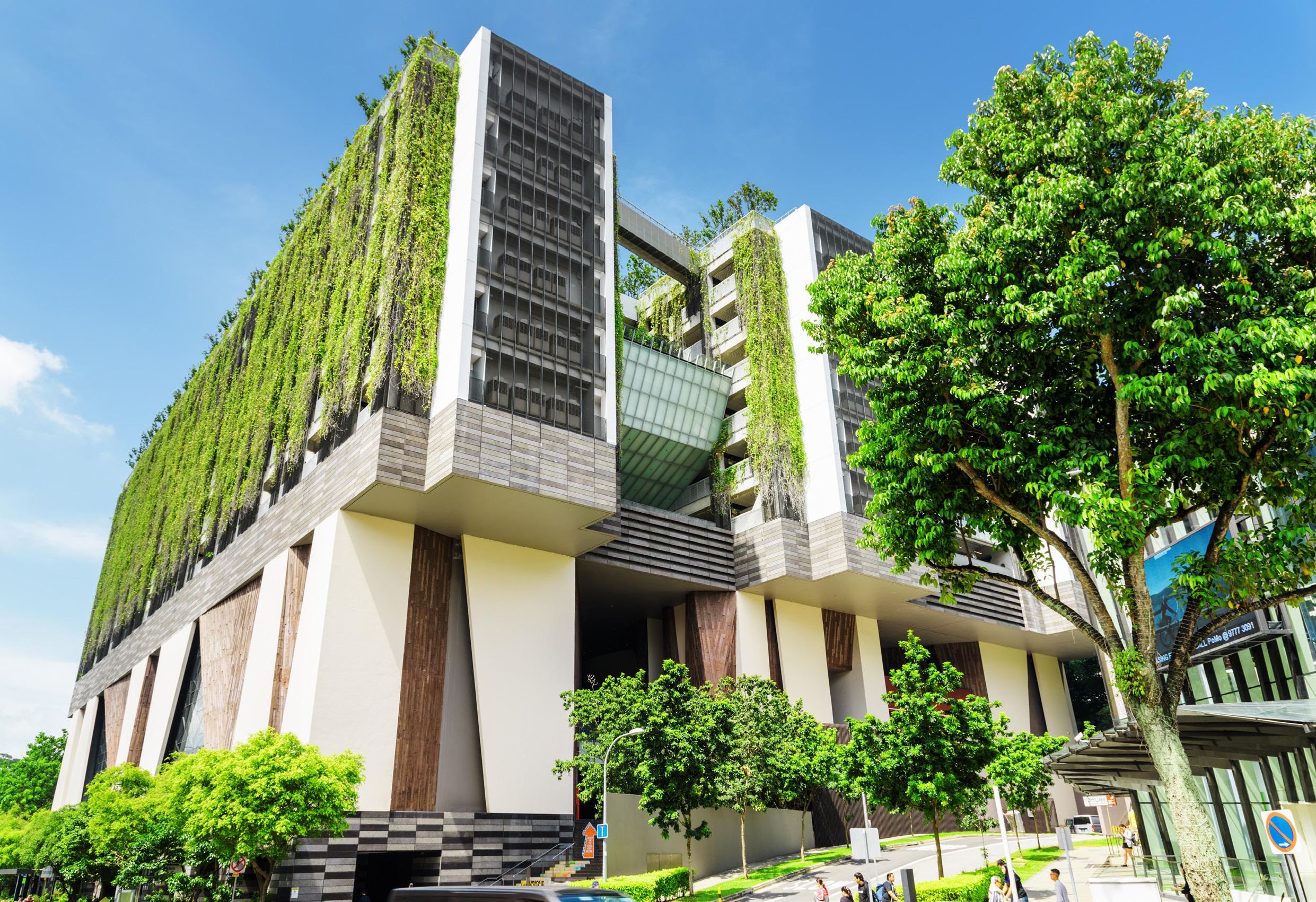 Most developers now realise their crucial role in helping combat the climate crisis by producing sustainable developments. We are now seeing allotment gardens in construction projects that will allow future residents to grow their own vegetables, herbs, and fruits, promoting self-sustainability through food supply.

The use of technology in real estate has also advanced, with digital apps now enabling residents to control their water and energy supplies, and to send notifications about appliances that are working inefficiently.

Property developers have even embraced prefabricated skyscrapers, which will help ease noise and air pollution during the construction stage – and among the countries is Singapore, home to the world’s tallest at 200 metres high once completed in 2026.

But the citizens and private developers can’t do it alone. The government will also have to introduce more policies in place to reduce the impact of rapid urbanisation. Since more developments are planning to provide electric vehicle chargers, Hari suggested introducing subsidies to encourage citizens to switch to electric vehicles.

As for modular construction and buildings, he expressed the need for a policy change so we will see more of these prefabricated buildings that help improve the quality of air and noise in our cities. And those are just some of the solutions that can encourage the construction of green buildings.

We are already feeling the impact of urbanisation and climate change as we speak.  Fortunately, it is not yet too late to do something. We have the power, technology, resources, and even awareness to make a change – even as individuals. All that is left is to act for our future and for our children’s future.