With his strong passion for improving the quality of living of Indonesians, Pak Darmono has pioneered notable developments and movements in the country 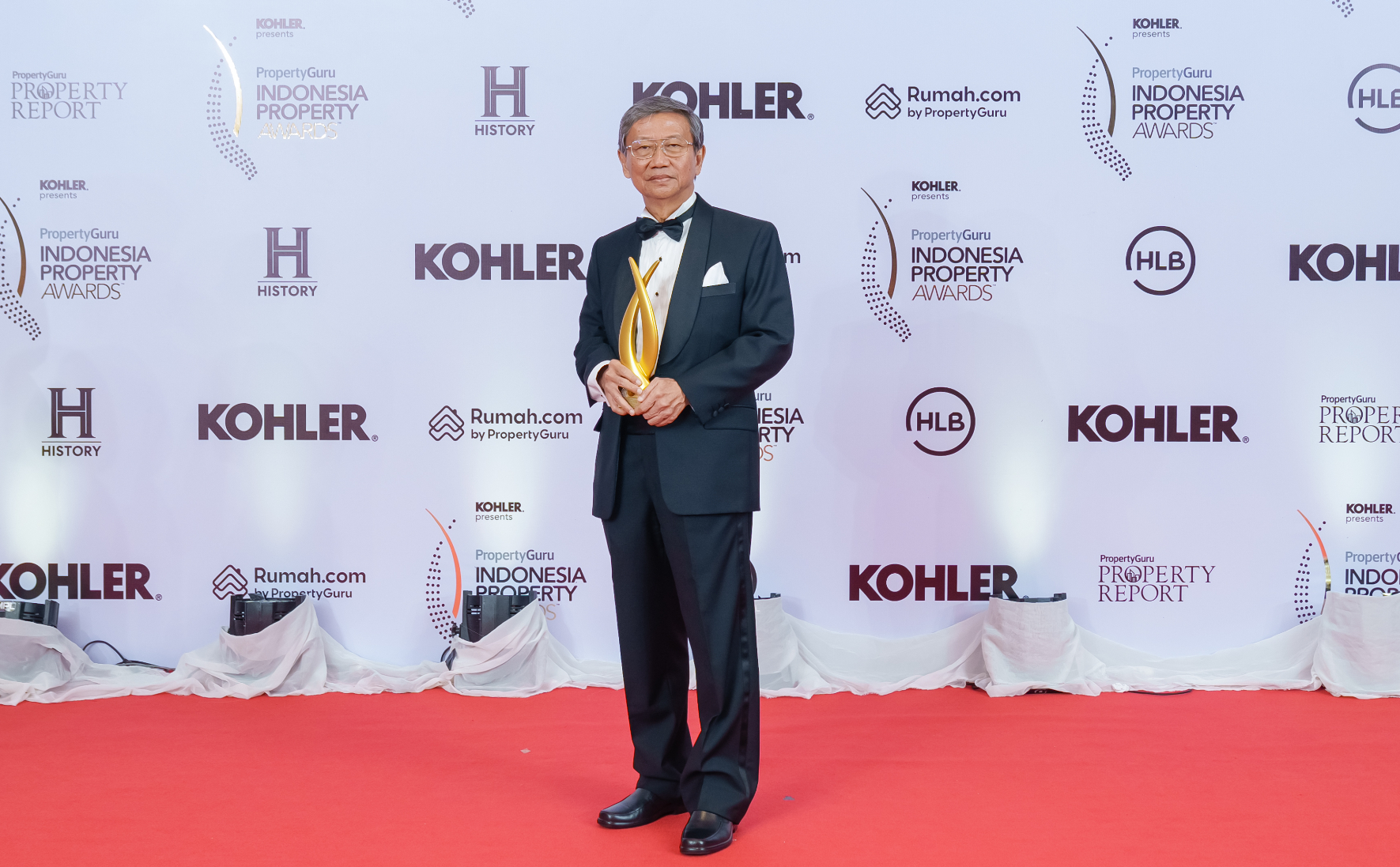 As the PropertyGuru Indonesia Property Awards celebrates its 8th year of rewarding the most outstanding developers in the Emerald of the Equator, it is with great honour that we shine a spotlight on one of the most notable luminaries in the real estate sector: the President Commissioner and Co-Founder of Kawasan Industri Jababeka Tbk, Pak Setyono Djuandi Darmono.

Throughout his thriving career, the editorial team of Property Report by PropertyGuru has witnessed his fervent drive in improving the lifestyle of Indonesians through housing, schools, offices, and sustainable developments – a commendable feat worthy to be granted the acclaimed title of 2022 Indonesia Real Estate Personality of the Year.

Pak Darmono is a renowned pioneer in the real estate industry. This prominent businessman and educator with an honourary doctorate degree from Glasgow University was the first to establish Kawasan Industri Jababeka (KIJA) in 1989, the country’s first publicly listed industrial estate, tourism, and infrastructure company. Then in 2001, he constructed President University, the country’s first university that uses the English language as a medium of instruction.

Under his leadership, Kawasan Industri Jababeka Tbk has been producing outstanding developments that cater to the communities and the surrounding environment, including a 2,700-ha integrated industrial park, a first-class international resort with waterfront residences and a golf course, a mixed-use integrated township development, a green industrial cluster in Cikarang, and a start-up friendly ecosystem, which will be dubbed as Indonesia’s Silicon Valley.

Yet more than his accomplishments in the real estate field, we commend him for giving back to the communities and valuing the environment. Among the activities his firm has organised under his helm are tree planting efforts, donations of food packages to communities in need, and hosting the annual Jababeka Eco Award – an environmental cleanliness competition.

Along with his peers, he founded the Tidar Heritage Foundation in 2006 to boost the economy and upgrade the welfare of the people living in the area, pushing for it to be the centre of culture, interfaith studies, and tourism. 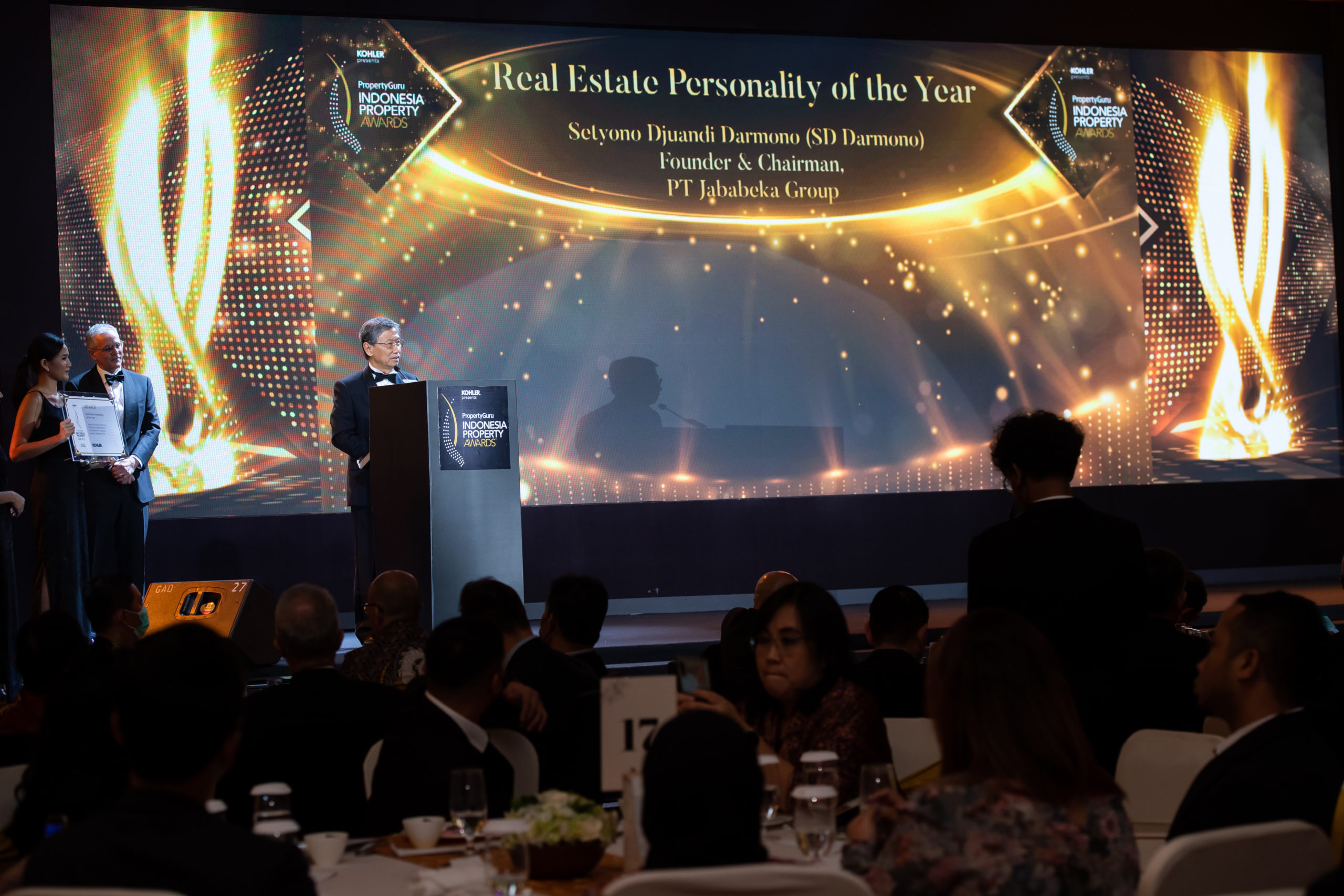 In his acceptance speech at the Awards ceremony on the 11th of November, Pak Darmono said: “Property is the best business for economic growth. And since Indonesia has got land 4,000 times more than Singapore, this is a great opportunity for everybody in this sector to help the government, to grow the economy, and to create employment through the development of property.

And I applaud PropertyGuru for arranging regular events like this to encourage the young dynamic people who go into the property business and also the people who are already in this business.”

As a distinguished leader who gives great importance to the development of the country, he strives to preserve the strong relationship with other nations by being actively involved in the Indonesia-Australia Business Council (IABC), Pacific Asia Travel Association (PATA), and Indonesia-Taiwan Business Council (ITBC). His passion is also evident in the books he authored throughout his profession, most notably his recent one titled, “Bringing Civilisations Together”.

Thus, with his drive and motivation, he has received multiple other recognitions, including the Ernst and Young Best Entrepreneur in Manufacturing Industry accolade in 2004, the CNBC CEO Choice of the Year in Indonesia in 2005, as well as Indonesia’s Choice CEO of the Year in 2005 by the Indonesia Business Leaders Award – and now in 2022, the PropertyGuru Indonesia Property Awards is more than honoured to be recognising Pak Darmono, who at 73 years old, remains committed to the property sector and the people after all these years.