Proptech companies are  maturing beyond startup years, scaling up and seeking larger amounts of investment 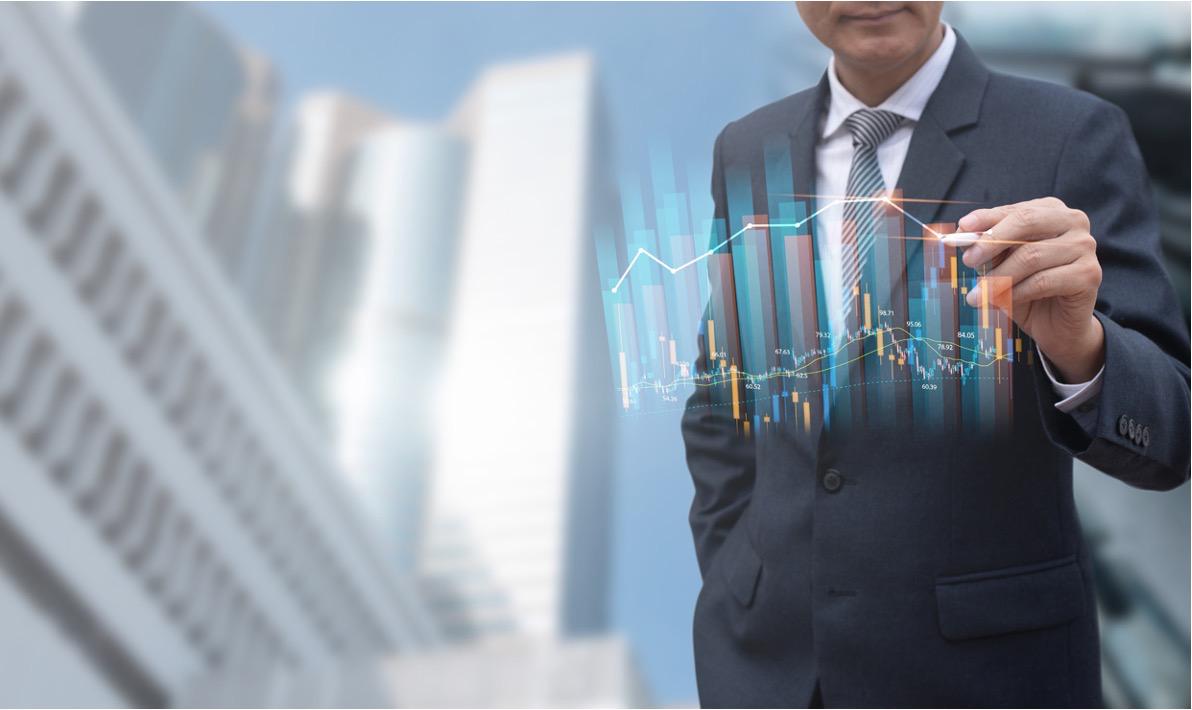 When we look at the total amount of investment into the global proptech industry, the numbers have been steadily going up since 2010.

Between 2010 to 2016, the number of individual funding events was seen to have risen in parallel to total investment amounts. This was due to more and more proptech companies entering the market, and successfully raising early-stage investment of relatively humble amounts.

Since 2016, however, we have seen the number of funding events drop off while investment totals continue to climb.

This shows an important trend happening in the industry at the moment – it is maturing and consolidating.

More money raised over fewer events means a higher average amount being invested each time. This, in turn, indicates that proptech companies are maturing beyond early, startup years, scaling up and thus seeking larger amounts of investment.

At the same time, fewer new startups are entering the market, and more of those already in existence are starting to engage in M&A activity.

This is all very positive for the proptech and real estate industries because fewer companies on the marketplace allows for greater transparency and a better understanding of who is offering what.

At Unissu, we have shown how many proptech businesses are offering very similar services to the real estate industry. We have reached a maturation point now where only the best of these companies are surviving.

Investors are becoming more and more knowledgeable about the market, and so weaker, less profitable companies are struggling and, without sounding harsh, rightly falling by the wayside.

This trend is again mirrored in the year-on-year growth of global industry investment.

Global investment has been, more or less, increasing steadily since 2010.  With the odd small exception, each year has enjoyed growth compared to the last.

However, while growth was rapid from 2011 to 2016, it has slowed somewhat up to present day.

Again, this is the result of a maturing market. There is less hype and more knowledge, thus resulting in a less frenzied rush to invest quickly and without scrutiny.

Part of what we’re doing at Unissu is creating transparency for the traditional market to better understand and navigate proptech. This added clarity has enabled investors, both VCs and incumbent businesses, to be wiser and more selective with the money they give out. 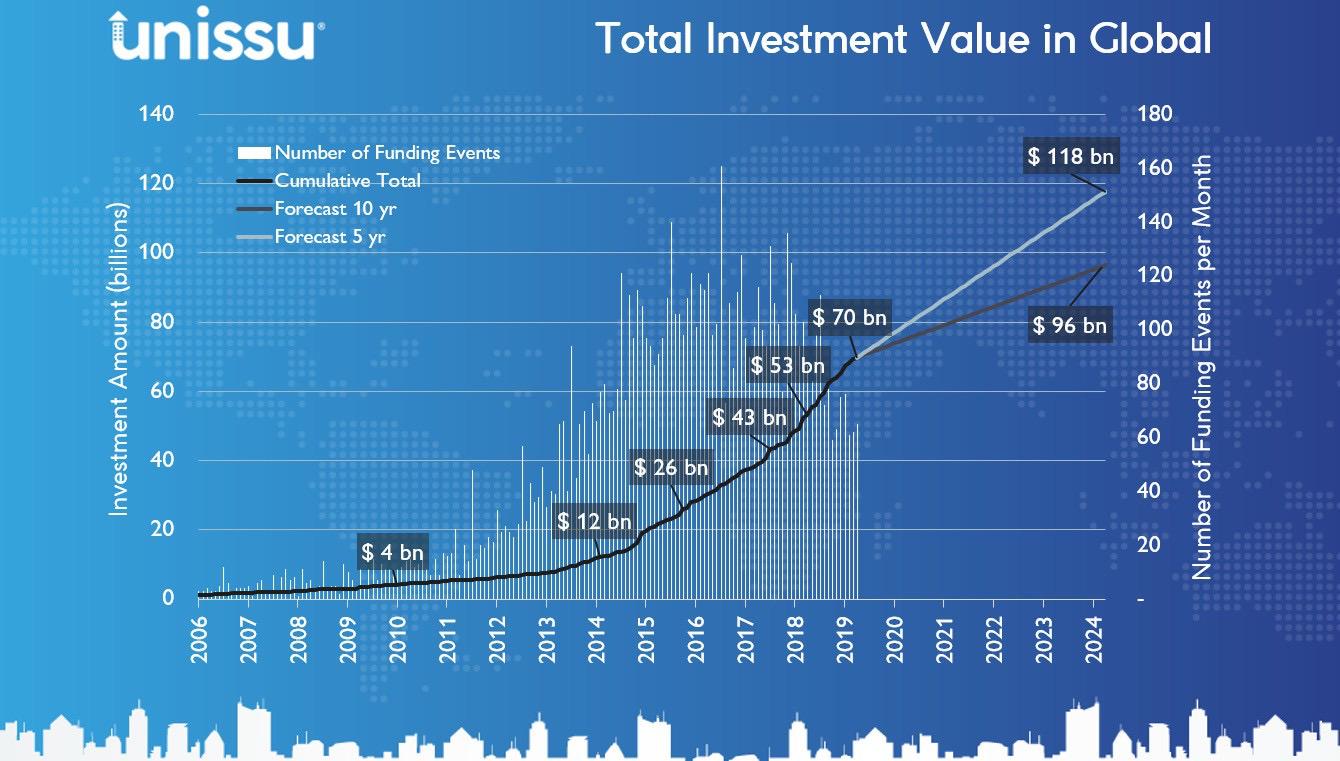 It is fully expected for the total global proptech investment to continue growing for the foreseeable future. The market is still very young and has barely scraped the surface in terms of fulfilling real estate’s needs and potential.

Our projection for year-on-year growth, based on the past ten years, is that it will level off in the coming years, not altogether plateauing, but growing at a profoundly slower rate than what we have seen to date.

If we based projections on the past five years, however, it is suggested that year-on-year growth will actually become negative in the coming years.

More broadly speaking, the future will see greater integration of property and technology as the wider industry becomes more educated on the matter, much of which will be driven by the evolving demands of the consumer. 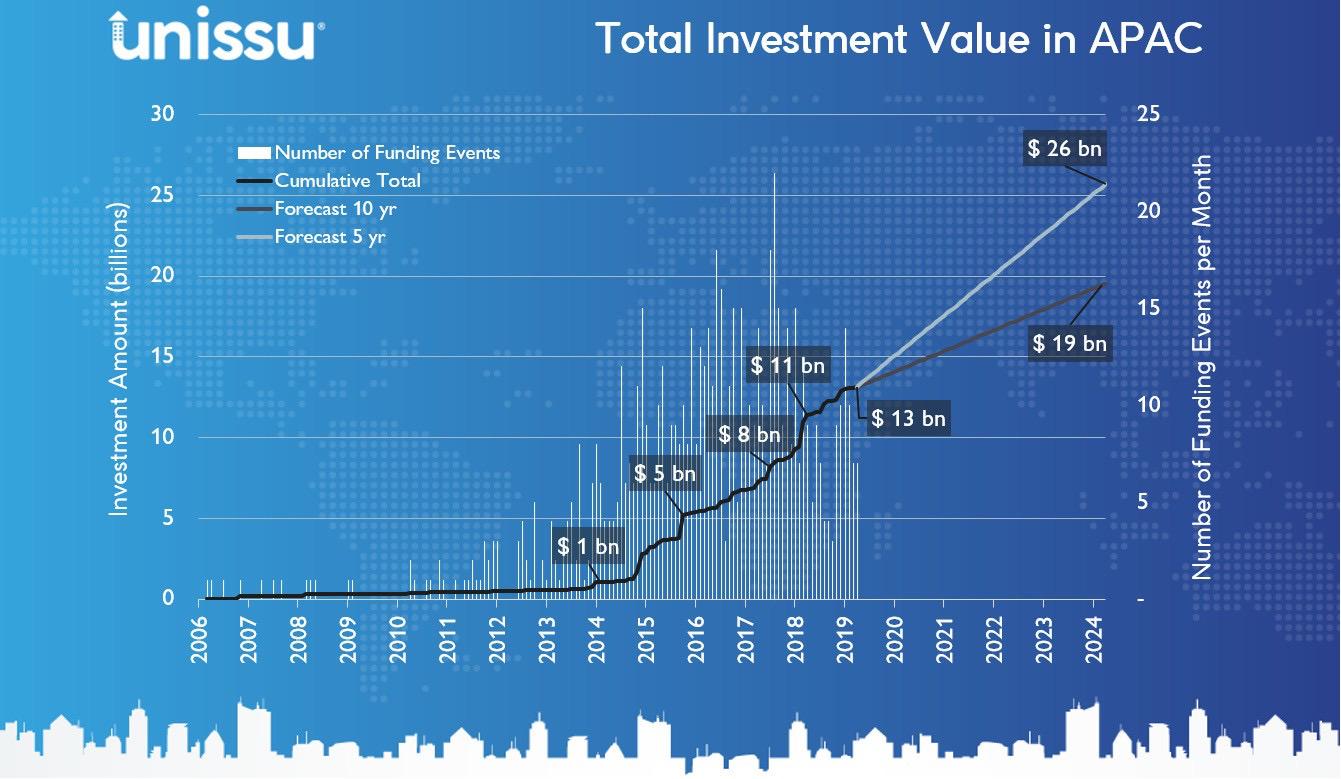 We can see from the data that the APAC proptech market began emerging in earnest much later on than the world as a whole. APAC activity only really started to pick up in 2014, by which point the global industry was already showing rapid growth having received over USD12 billion in investment.

From 2014 onwards, APAC investment has, as stated, been less predictable than the overall global trend, but shows an overall pattern of gradually rising.

It is important to note that there has been a lack of visibility and therefore a lack of available data around APAC proptech businesses. This means that analysis of the region may not be as accurate  as the global picture.

As visibility of the APAC market increases, especially in China, we expect investment totals to increase significantly, partly due to increased interest  from overseas investors, mostly from Europe and North America. This means upcoming growth will likely exceed anything we’ve seen to date.

This doesn’t, however, mean that APAC growth will  stay constant on a year-on-year basis. Total investment will certainly keep rising, but, just as we have  seen in the global market, increased visibility will result in more selective funding, less new companies on the market, and an altogether more astute  approach to industry investment.

It is possible that year-on-year growth will happen in APAC, especially if projections are based on the past 10 years, but if China’s market does not open up more to the globe, and much of the region continues to remain unknown, the region may suffer.

The same applies if APAC proptech companies continue to show a relative disinterest in global expansion. While companies from the US and Europe  are increasingly looking to expand their global territory, APAC companies, on the whole, remain confined to their domestic market.