Unlike its predecessors, this new wave of connectivity has more breadth to offer

Since the launch of 1G in 1981 up until the introduction of 4G in 2009, new mobile generations have consistently popped up one after the other, every 10 years or so. And like clockwork, a decade later, news about 5G has been making the rounds across the world.

At the recent PropertyGuru Asia Real Estate Summit, David Nugent, founder of infrastructure and tech communications consultancy firm SAMVADA, described 5G as “the fifth generation of cellular technology that stands to utterly transform how we will communicate, work, play, and build.”

5G is expected to unlock profitable opportunities of about USD1.2 billion for industries, particularly with the estimated 80 million subscribers in Asia, according to a study conducted by Huawei.

In Thailand, Asnee Wipatawate, head of enterprise product and international service at AIS, said that their company is already going through the 5G trial stage as they wait for the auction to take place in the coming year.

As the fastest mobile network of 2019 in the country, AIS has been working hard to ensure the success of the upcoming 5G launch by conducting research and development with local universities across the country, such as seamlessly controlling a vehicle from 800 kilometres away.

“In the 5G era, we think that there’s gonna be more content and digital services that will change the lifestyle of the consumers, such as augmented reality… It’s gonna be a whole new experience,” said Asnee. She also explained how it will be beneficial for some parts of Thailand where fibre connection is not accessible, which is what 5G can essentially address.

More: Tradition and technology meet in this Hong Kong penthouse

For businesses, especially the real estate sector, they can look forward to more automated processes, such as remotely controlling assisted guiding vehicles to increase efficiency and minimise human error. They would also be able to tap into a more virtual marketing tactic, giving potential buyers a 360-degree view of the property and its surrounding area years before project completion.

Asnee referred to 5G as an enabler because it can accommodate massive automated deployments for businesses, which the networks of today are still lacking in capability.

To take full advantage of 5G, Dr. Jesada Sivaraks, the head of government and industry relations at Ericsson (Thailand) Company Limited, advised the property market to collaborate with the government and regulators to modernise their standards, from a command and control strategy to a more supportive scheme.

Yet despite its wide array of benefits, Dr. Sivaraks clarified that “5G is not another G.” He said that most people assume greater speed and better technology, but this new generation has so much more to offer, most especially a different business model.

With 5G, the market would have to be separated as consumers would experience similar benefits to the previous cellular technologies, such as faster speeds and connectivity, as well as cheaper packages. However, operators, vendors, and industry partners would fall into the new vertical market category, where 5G would serve as a digital infrastructure.

China, on the other hand, focuses on the consumer market when it comes to 5G because of its massive population.

“We have three joint operators for the mobile network that are launching their 5G personal services this November,” said Lock Fan, head of venture capital at TechNode. This means that local users can soon purchase 5G sim cards for personal use. As for local enterprises, integrating this new type of technology will be a complicated process as they are driven by the government, corporations, and startups.

Whether in Thailand, China, or the other side of the globe, tech experts believe that the demand for 5G will be high since consumers are always craving for greater bandwidth, higher speed.

This article originally appeared in asiarealestatesummit.com 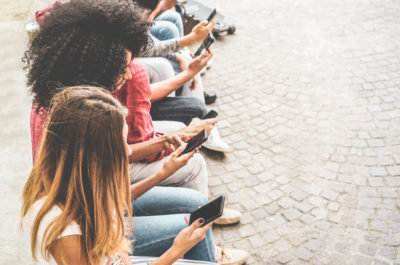