As Asia’s urban hubs continue to expand, often out of control, township developments that prioritise smaller, localised areas are increasingly seen as an answer to sustainability challenges

When Merdeka 118 in Kuala Lumpur finally tops out later this year, it will become the world’s second-tallest building. Rising 2,227 feet, the superstructure will feature a four-storey observation deck with views of Petronas Towers, The Exchange 106, and Four Seasons Place—Southeast Asia’s third, fourth, and fifth tallest completed buildings, respectively.

Like sky-high counterparts in Bangkok, Manila, Jakarta, and Ho Chi Minh City, KL’s mega-tall properties are a testament to the literal rise of the region’s cities in recent years. They also provide a bird’s eye reminder of the sheer sprawl that now defines each of these metropolises.

These traffic-clogged, stack-’em-high urban landscapes represent one of the most significant population shifts in human history. On average, Asia’s urban populations have swollen by 3.4% every year since 1970, according to the United Nations’ 2019 report The Future of Asian and Pacific Cities, compared to just 1% in developed nations.

“Asia’s future is urban,” says Dr. Robert Guild, chief sector officer in the Sustainable Development and Climate Change Department of the Asian Development Bank. “Asian cities are hubs of economic and social opportunity, for people, business, and many other things. And they are booming.”

The region is already home to 17 of the world’s 33 megacities each with 10 million-plus people. A recent Attitudes Survey conducted by real estate consultancy Knight Frank, meanwhile, found that Asian buyers maintain a preference for urban living, whilst the rest of the world is increasingly eyeing and buying in suburban, resort, and coastal destinations.

Although urban amenities, connectivity, and economic opportunities are obvious draws to the bright lights, Guild adds that “the growing urbanisation we see does not neatly translate to increased opportunities for residential populations. As Asian cities grow, the urgency to address critical development issues becomes ever greater.”

Asian cities are hubs of economic and social opportunity, for people, business, and many other things. And they are booming

Indeed, this breakneck growth is often at the expense of liveability. The myriad development challenges Asian cities face today range from a widespread lack of infrastructure to rising inequality and climate crisis-induced aggravations. And they are only set to worsen. More than half of the population now live in urban areas for the first time, and this figure is expected to reach 3.5 billion by the middle of the century. This is the equivalent of adding four Tokyo-sized cities every year until 2050.

Add pandemic-induced anxieties and growing demand for environmentally-friendly development to the equation, and it’s understandable why many believe that the current model of unplanned, sprawling development is simply unsustainable. Instead, the case is being made for active travel and neighbourhood designs that promote physical activity, enhance social connections, and strengthen mental health within smaller, localised areas.

“Through a reduced footprint for our cities, a mix of uses, and increased neighbourhood densities, we can promote efficient public transport, urban mobility, and walkability,” says Prashant Kapoor, chief industry specialist at the World Bank Group. “We can revitalise our city centres, minimise greenfield development, encourage shared infrastructure, and creatively explore opportunities for flexible use or adaptive reuse.”

In many ways, the pandemic has acted as a catalyst for changing purchasing patterns, with homeowners increasingly inclined towards high-quality developments with integrated infrastructure. A recent global report by PWC claimed that families in most emerging economies would prefer moving to a gated community.

Call them urban townships, integrated communities, or cities within cities, but developments comprising hospitals, schools, retail and green space are encouraging developers to become more innovative about how they design and build commercial and residential real estate, according to Shaishav Dharia, CEO of Townships and Annuity Assets at Lodha Group, one of India’s biggest real estate companies.

“An extremely well-planned township makes use of every single piece of land or area by converting it into a multi-functional area. For example, a lake could be used as a retention pond while also adding to the beauty of the landscape,” he says. “Good quality homes are nicely packaged with a landscaped environment, intelligent layouts, wide roads, and spaces for leisure and entertainment.”

With that in mind, we round up some of the latest award-winning urban township developments from around the region. 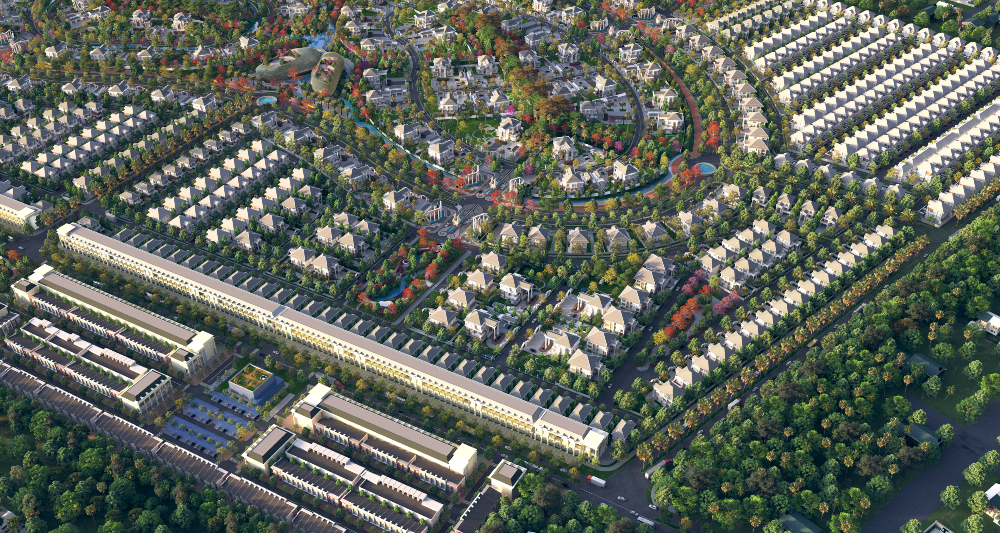 Construction of the 200-hectare Star Platinum, located in Phnom Penh’s flourishing southeastern suburbs, started back in 2010. Over time, it has evolved from a purely landed housing scheme to incorporate the Southbridge International School, a condominium project, and the under-construction PH Eco Mall, making it the first residential township in Cambodia to encompass upscale and sustainable lifestyle amenities.

One of the community’s most ambitious residential installments to date, the 350,000-sqm Eco Collection Phase I is home to 900 villas in various styles laid out amidst wide tree-lined boulevards, acres of recreational green space, and water features inspired by Phnom Penh’s golden 1960s era.

Other stellar lifestyle amenities include a bustling strip with cafes, boutiques, and Eco Sunrise, a retail shophouse project; a water park; jogging and cycling tracks; a yoga and tai chi deck; and the six-storey clubhouse for community events. Downtown connectivity via nearby National Road 1 is also a boon for commuters. 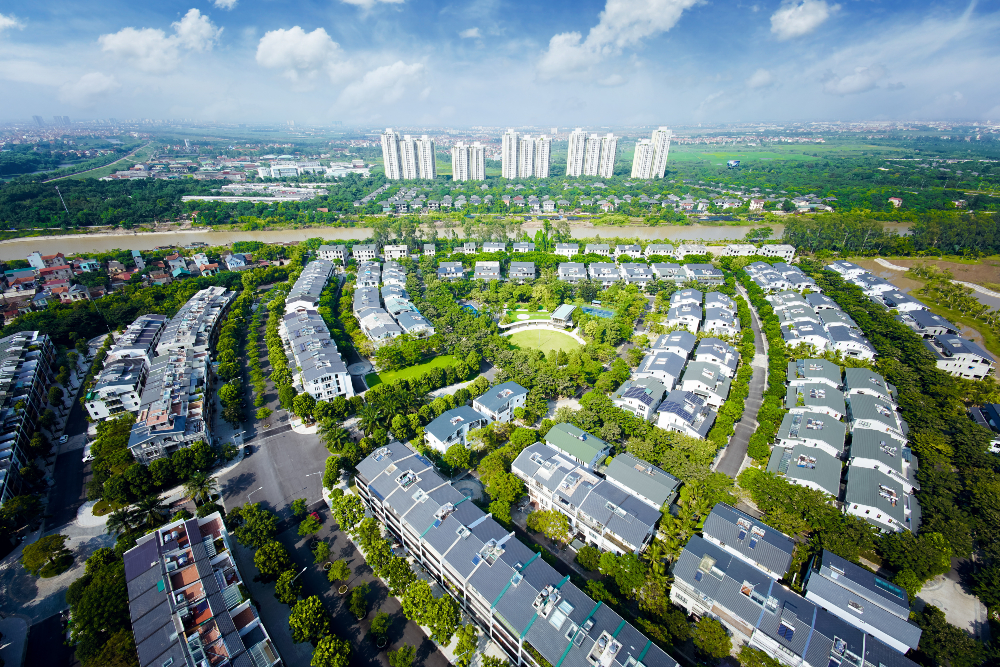 Developed by Ecopark Corporation Joint Stock Company, a joint venture of several Vietnamese property companies, the mammoth 500-hectare master-planned development beyond the eastern fringes of Hanoi is a world away from the capital’s notorious pollution and congestion. Indeed, the USD 10-billion project is billed as a “perfect harmony of humans and nature”, boasting of “various open areas where you and your family can go for a walk or simply sit under the shade of a tree for a picnic, and enjoy nature at its best”.

One of the largest township developments in Vietnam, with a capacity of about 110,000 residents, the EDGE Green-certified Ecopark will upon completion in 2030 feature high-rise condos, low-rise villas, office blocks, hospitals, cinemas, retail, and schools all combined with abundant nature spanning more than 100 hectares of greenery and waterfront—or 20% of the total area. 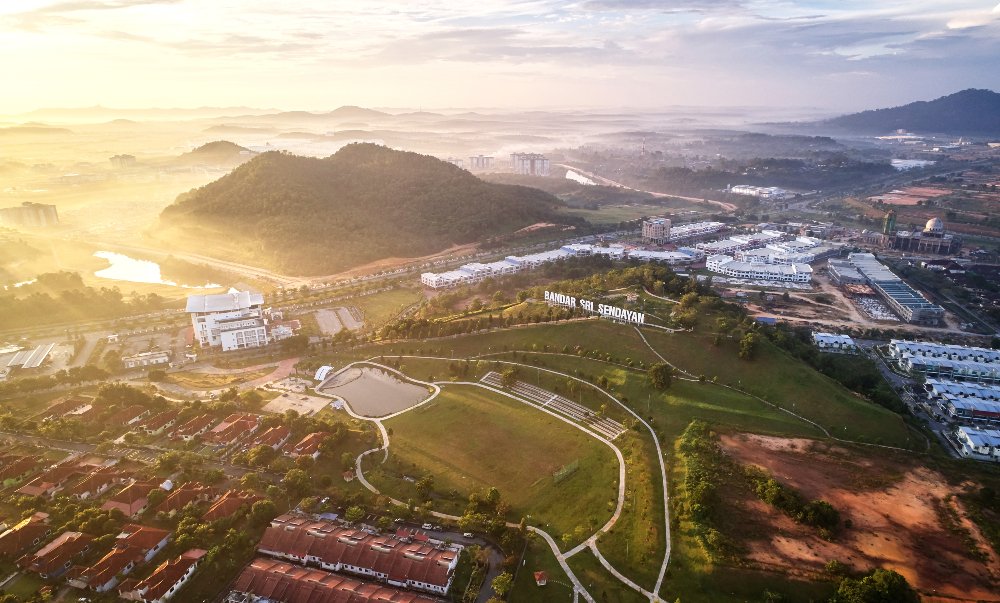 Since launching just two decades ago, Matrix Concepts Group has established itself as one of Malaysia’s top township developers. And the firm’s latest project, Bandar Sri Sendayan, looks set to become its flagship development for the foreseeable future.

Located within the Greater Klang Valley, close to major roads, and the soon-to-be-developed high-speed train to Singapore, the self-contained, self-sustaining lifestyle community is part of the wider Malaysia Vision Valley integrated economic region. Across 6,270 acres, spacious, landscaped phases of the project are dedicated to residences, recreational facilities, and commercial amenities targetting multi-generational homeowners, investors, and the local workforce.

At the heart of the development sits Sendayan MetroPark, Bandar Sri Sendayan’s main retail hub with 132 outlets. At the same time, the nearby Sendayan TechValley will target businesses focused on sustainability and renewable resources. In addition to retail and commercial offerings at Sendayan Merchant Square and Sendayan MetroPark, the township is home to a range of lifestyle amenities, recreational facilities, and educational institutes—most notably the 380,000-sq-ft d’Tempat Country Club, as well as Carnelian Park, and Matrix Global Schools.

More than 13,000 units, including single-storey villas, two-storey storey link houses, and semi-detached bungalows, have already been completed, with plans afoot to add a further 8,000 homes in the coming years. Residents, meanwhile, have access to an array of adrenaline-fuelled pursuits at the X Park extreme sports facility, including a paintball field, electric go-karting, playgrounds, jogging and reflexology paths, and the private gazebos that serve each residential parcel. 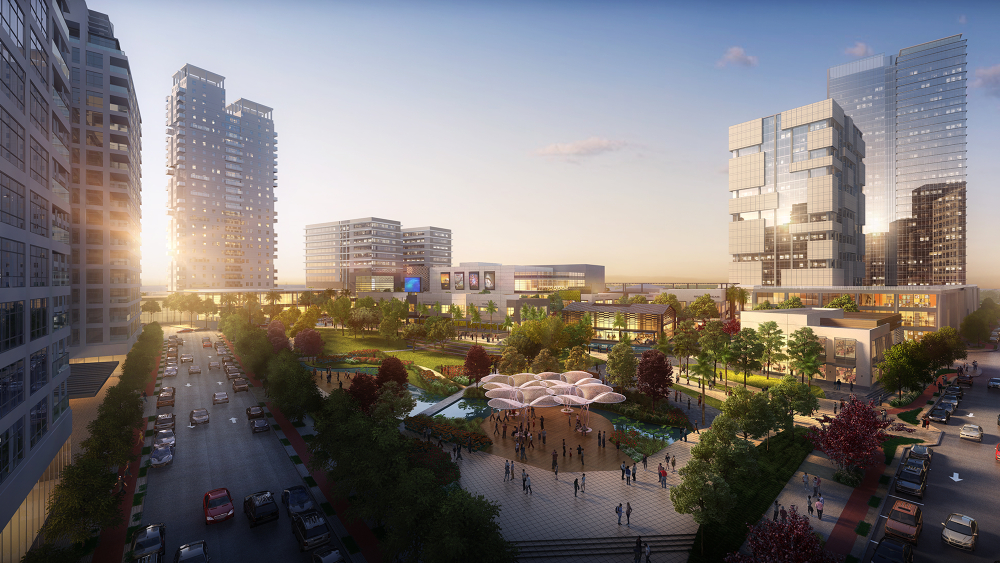 Occupying the site of the former Matina Davao Golf Club, Cebu Landmasters aims to transform this prime location in the heart of Mindanao’s main hub into an ambitious 22-acre development on par with the region’s most coveted townships.

Developed with the city’s future in mind, Davao Global Township was conceived with support from master-planner CallisonRTKL, a global design firm responsible for the revival of numerous downtown districts in the US, China, and Japan.

The PHP10-billion first phase, set for completion later this year, boasts a complete range of developments and open spaces inspired by the great outdoors. It will feature 93,000 sqm of gross floor area, including a corporate centre, two high-end residential towers, a retail strip with a cineplex, outdoor boutiques, and a civic hub.

In the coming years, a key driver for the Davao property market will be infrastructure spending.

Notable projects, such as the Davao Coastal Road, Davao Monorail, Mindanao Railway Project, and Davao Bus Rapid Transit, are already in the works and are expected to elevate the local economy and, in turn, the real estate sector. 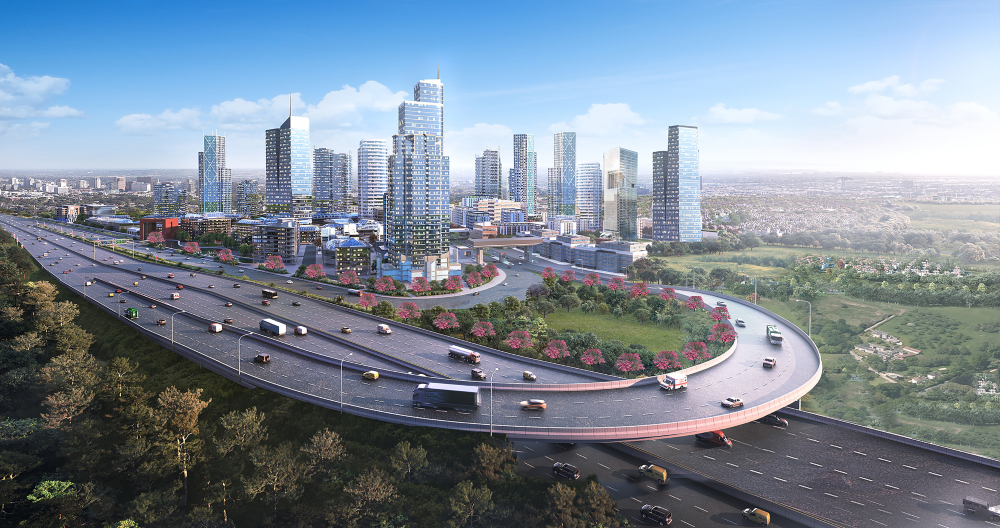 Located on the fringes of West Jakarta in Tangerang, Paramount Petals combines residential, commercial, civic, and lifestyle spaces in an eco-friendly environment spanning 300 hectares. Notable highlights include an international school, the Bethsaida Hospital, and a multifaceted clubhouse, as well as an entertainment district with retail and sports facilities.

Masterminded by AECOM, the firm behind One World Trade Center and Port of Los Angeles Waterfront in the US, the design of the integrated development focuses on sustainable development principles and a “one-stop living” concept.

The 129 units within the first residential cluster sold out within weeks of hitting the market in 2020.

Meanwhile, the recently launched second cluster, Canna, will add a further 427 homes. Each of the landed houses is designed with high ceilings and a mezzanine option to promote flexible spaces and cater to the rising demand for home offices. The township, slated for completion in about 20 years, will eventually be home to more than 80,000 residents.