Prof. Pomeroy investigates how the pandemic has altered urban life and how the recent advocacy for dedensification and decentralization challenges the concept of urbanity 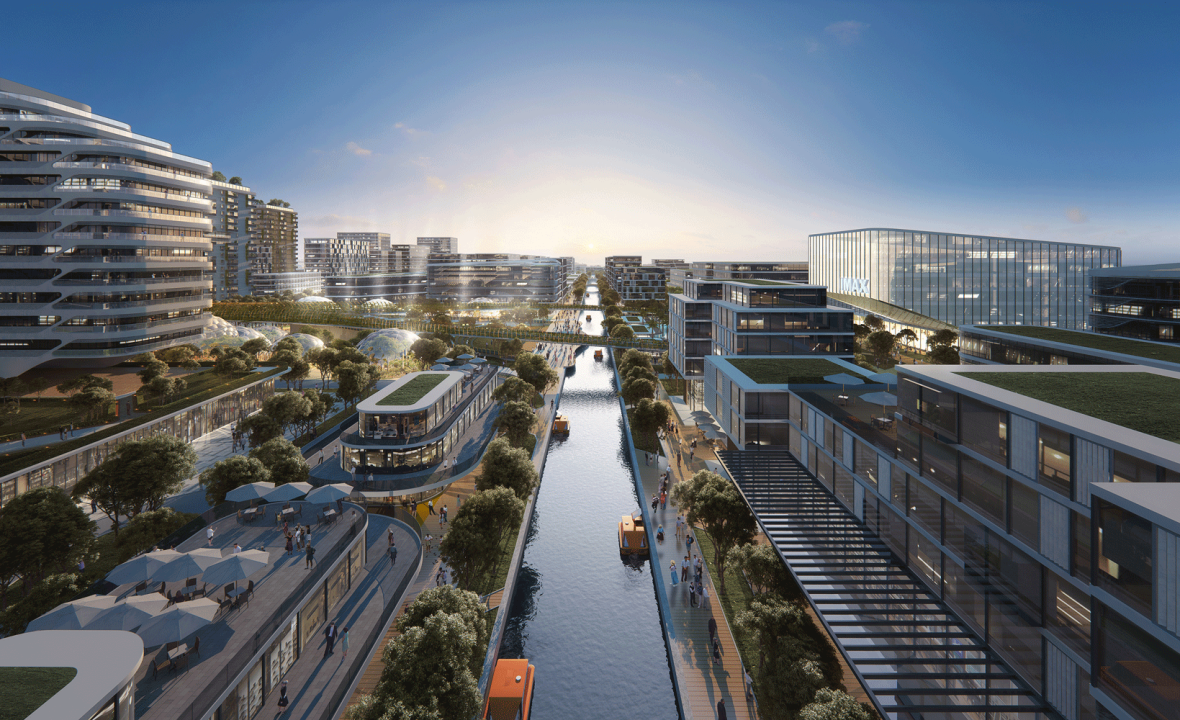 A place to connect

For centuries, our streets and squares have provided the social and spatial gel that have allowed people to connect and generate a sense of belonging to a part of the city. ‘Urbanity’ refers to the public life that happens as a result of these exchanges that a city can enable. The combination of cultural diversity; with a density driven through close proximity, achieve urbanity. This is why cities have densified for centuries; and the perceived wisdom to densify cities has been to achieve culturally rich, politically powerful, socially and economically, prosperous places. But the pandemic has already altered urban life and the recent advocacy for dedensification and decentralization challenges the concept of urbanity.

A void space to social space

As the 19th century saw engineered ‘channels’ of ‘void space’ cut through cities to provide modern urban sanitation systems for public health, the 20th century saw ‘social spaces’ cut into buildings in the form of terraces, skycourts and skygardens to offer further environmental and mental health benefits to its occupants. Our continued urbanisation in the 21st century has seen such sky rise spaces increasingly scattered through our urban habitats to better accommodate the social needs of urban populations whilst helping to restore our eco-systems. In doing so, they have joined the urban vocabulary of the street and the square and, when richly-foliated, can act as environmental filters and sponges to noxious pollutants.

During this time of crisis, we have felt the value of such spaces, as being outdoors with natural light and ventilation is safer than being indoors. But such dedensification exercises has also extended to street level from a mobility perspective. During the lockdown, we witnessed (albeit temporarily) less travel on public transportation; and an increase in walking and cycling. Working or studying from home, and the digital means to converge, has negated the need to travel unless an absolute necessity. The reduced frequency of cars on our streets similarly reduces the pressure to expand our road infrastructure and instead optimises walking and cycling routes. This offers the prospect of cleaner, car-free streets that can emphasise active personal mobility and integrate with public transportation. This in turn helps reclaim congested streets for the people.

As we grow accustomed to the notion that we do not need to go to the office, campus or central park on a daily basis but can be self-contained, the ability to decentralise our developments into more self-sustaining communities that are easily accessible has become the new normal. During the period of lockdown, we have felt the cascading economic effect of the crisis, which impacted supply and production chains and had a ripple effect on the national and global economies. The creation of more resilient, self – sustaining, yet connected communities will become a reality. Places like ‘Higashimatsushima Disaster Responsive Eco-Town’, that can manage their own clean – energy generation, food production, waste and water systems, should not only manage waves of further outbreak, but also be resilient to climate change-related disaster too.

Water as an alternative means of urbanisation

And when we think of climate-change related disasters, it is not hard to dis-associate this with flooding. Over the next 50 years, the population of Tokyo, New Orleans and Amsterdam, will be surpassed by Calcutta, Mumbai and Tianjin – booming Asian coastal metropolitan areas where trillions of dollars of assets will be vulnerable to flooding. Densifying our cities by increasingly building skyward may have been the stock response in the 20th century, but our current population and urban density issues have been further compounded by the pandemic. This has yielded a re-evaluation of a surface that accounts for over 2/3 of the Earth: water. Ijberg, Netherlands, is a great example of a decentralised sustainable development that occupied an underutilised dockyard to regenerate an area of Amsterdam whilst being resilient. In our concept for POG ( an acronym for Pod Off-Grid), we investigated how complete, zero – energy waterborne communities can be floated out into disused docks and ports and breathe a new lease of life into areas that have fallen into decline – not least through the rise of the digital economy and now the pandemic. These new communities could help take pressure off existing urban centres, help the centralisation / decentralisation conundrum and turn water from climate change – related threat into a post – pandemic opportunity.

This is the fifth instalment on the series titled ‘Balance is the new normal’. Read the first, second, third, fourth, and sixth parts here 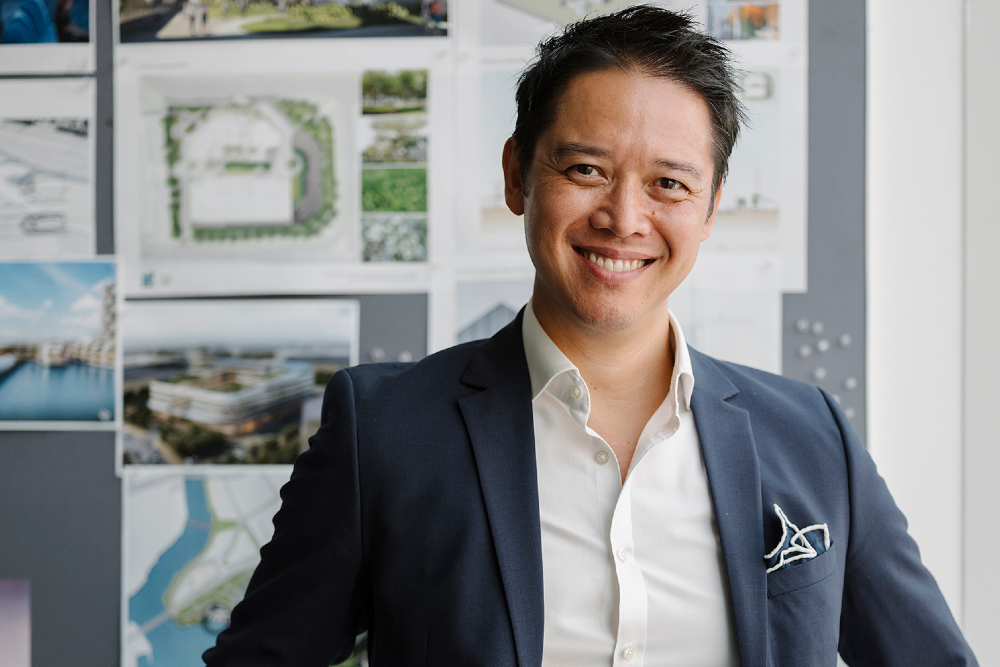 Jason Pomeroy is an award-winning architect, academic, author and TV presenter, regarded as one of the world’s thought leaders in sustainable design. He gained bachelor and master degrees from the Canterbury School of Architecture and the University of Cambridge; and his PhD from the University of Westminster. He is the founder of Singapore-based interdisciplinary design and research firm Pomeroy Studio, and sustainable education provider, Pomeroy Academy. Pomeroy has edited Cities of Opportunities: Connecting Culture and Innovation (2020), and authored Pod Off-Grid: Explorations in Low Energy Waterborne Communities (2016), The Skycourt and Skygarden: Greening the Urban Habitat (2014) and Idea House: Future Tropical Living Today (2011). He continues to raise cultural awareness of cities through his critically acclaimed TV series ‘Smart Cities 2.0’, ‘City Time Traveller’ and ‘City Redesign’. www.jasonpomeroy.sg

Pomeroy Academy are educators and researchers of sustainable built environments. The courses created and curated are specialist in nature and focus on the process of designing climate-responsive sustainable developments through an evidence-based approach. The courses seek to heighten awareness of the green agenda and provide students and professionals with the necessary skills to make a difference in their respective fields. The Academy was founded by Prof. Jason Pomeroy, whose interests lie in sharing sustainable design knowledge with an industry that is increasingly needing to respond to climate change. www.pomeroyacademy.sg