Innovation ecosystems are maturing rapidly in Asia-Pacific cities, many of them with highly skilled workforces, according to JLL’s Innovation Geographies Study released today.

Tokyo, Singapore and Beijing, in that order, have been ranked among the top five most innovative cities globally, trailing only San Francisco and topping London. Seoul rounds out the top 10, followed by Shanghai at 11th, Shenzhen (14th) and Sydney (16th).

These cities made up around 50 percent of overall annual real estate investment volumes over the past decade in Asia-Pacific.

However, only Sydney, Melbourne and Tokyo represent the region in JLL’s ranking of the top 20 global hotspots for talent, the Innovation Geographies Study showed. Asia-Pacific lags behind Europe and the US overall for talent concentration.

“Investors tend to focus on locations that are capable of sustaining long-term occupier demand, while corporates are drawn to those that have deep talent pools and sophisticated innovation ecosystems to ensure they are well-placed to succeed in the global marketplace,” Walters said in a statement.

Asian cities could improve their talent concentration rankings by boosting the presence of high-quality universities, JLL noted. This is an area of improvement for Shenzhen, which has otherwise become one of the world’s leading tech hubs with the second highest number of patents of any city globally after Tokyo.

On the flipside, Bengaluru and Hyderabad boast young, well-educated workforces, but they should overcome social, environmental and infrastructure challenges to strengthen their innovation rankings, the report stated. 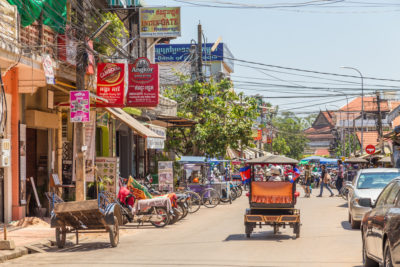