Architect Patrick Keane has made the move from Sydney to Thailand — and found himself the unlikely bridge of a design disconnect between two continents.

The seventh-generation Australian has recently expanded Enter Projects, the architecture and design firm he founded in Sydney in 2005, to Phuket. This brings to Thailand the same expert team that conceived such acclaimed Aussie designs as the Time Realty Headquarters, Edgecliff Medical Centre, and Lot.1 York Street.

Keane was drawn to Thailand at least 12 years ago when he had been commissioned to design and model the Frasers Suites in Bangkok. The 33-storey residential suite tower, which opened in 2009, was laurelled for its geometric facades and large, deep balconies that increased the building’s thermal performance.

“People are a lot more open-minded here because it’s a real cross-section of international community,” said Keane. “There are obviously some infrastructure problems and organising issues with dwelling projects, but at the end of the day, people want innovation. They want new design, and it’s tied into a very rich history and tradition.”

Thailand was an opportune place for him to study bamboo structures and other traditional building materials; local forms like basketry weaving; and building techniques from centuries ago — then fusing those with Enter Projects’ technologically aided design. “Our work has taken a spin, but it’s still very, very contemporary,” he said.

Even from Thailand, Keane ensures that he is still plugged into the architectural zeitgeist. Enter Projects places plenty of import on its R&D capabilities, the team making it a point to visit buildings worldwide, keep up with the art scene, and attend festivals, lectures and conferences. The team, which include Dutch design manager Rene-Paul van Leeuwen, attend the Venice Biennale every two years.

Enter Projects designers keep abreast of state-of-the-art software and fabrication processes. In Australia as in Thailand, Keane proselytises the virtues of CNC (computer numerical control) milling and laser cutting for design. The key is in timbre, specifically marine plywood, a hardwearing material known to withstand humidity and resist fungi and delaminating.

Enter Projects’ commissions for the last 15 years or so has made extensive use of marine plywood. “It’s very, very strong, very versatile, and incredibly thin. They make boats out of it. You can make fantastic structures out of it,” Keane said.

The firm won the Timber Veneers award, among other prizes, at the 2016 Australian Timber Design Awards for Lot.1 York Street in Sydney. Inspired by café latte swirls, the F&B establishment boasted an interior fit-out designed with 3D models.

“We use 3D models for laser cutting. It’s a functional tool. We use pieces of a 3D model to subdivide surfaces and send that to factories,” he said.

“It’s a much more creative process of working than doing a traditional drawing sheet.”

This gumption for tech-savvy design extends to sustainability. “We use farm-to-factory techniques. We have 3D moulds that are sent straight to the factory to get laser-cut and delivered on site. So there’s a lot less wastage and a lot less material that are not used.”

Today, Keane hopes to take all the ideas pent up from about 15 years of R&D and increase scale as the company takes on ever bigger projects. Enter Projects even works with automotive technology and aviation, mirroring its founder’s interest in Porsches and classic cars.

“Aside from architecture being a business, it’s also an interesting hobby,” Keane said. 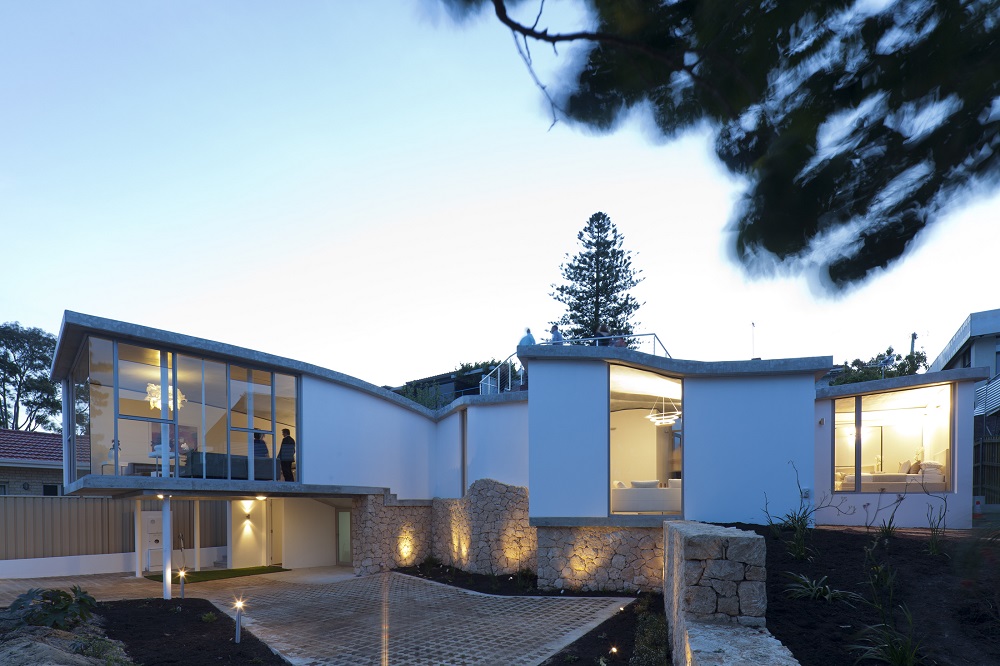 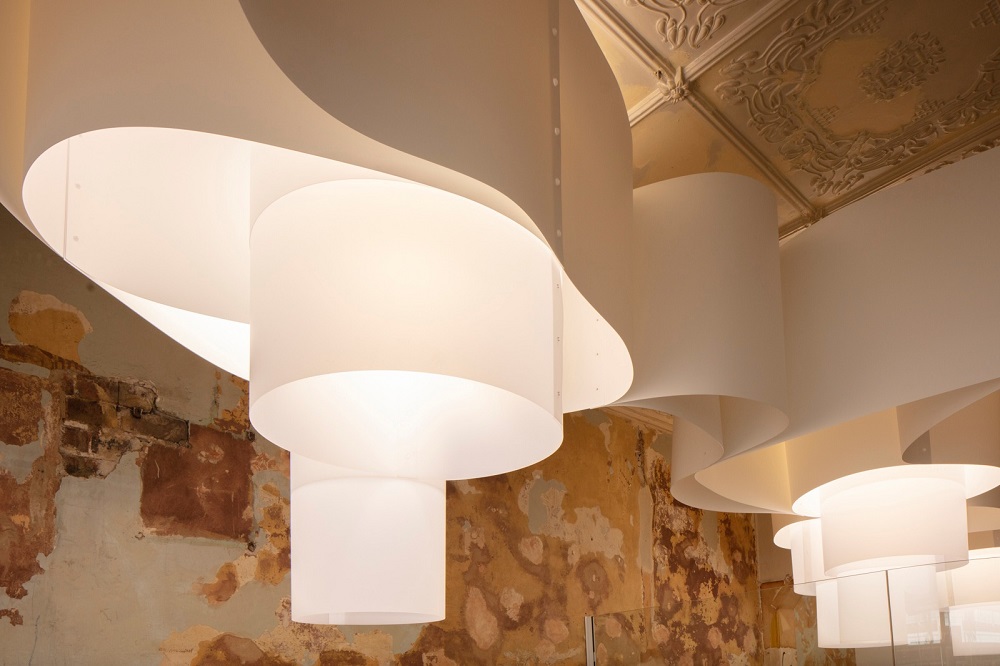 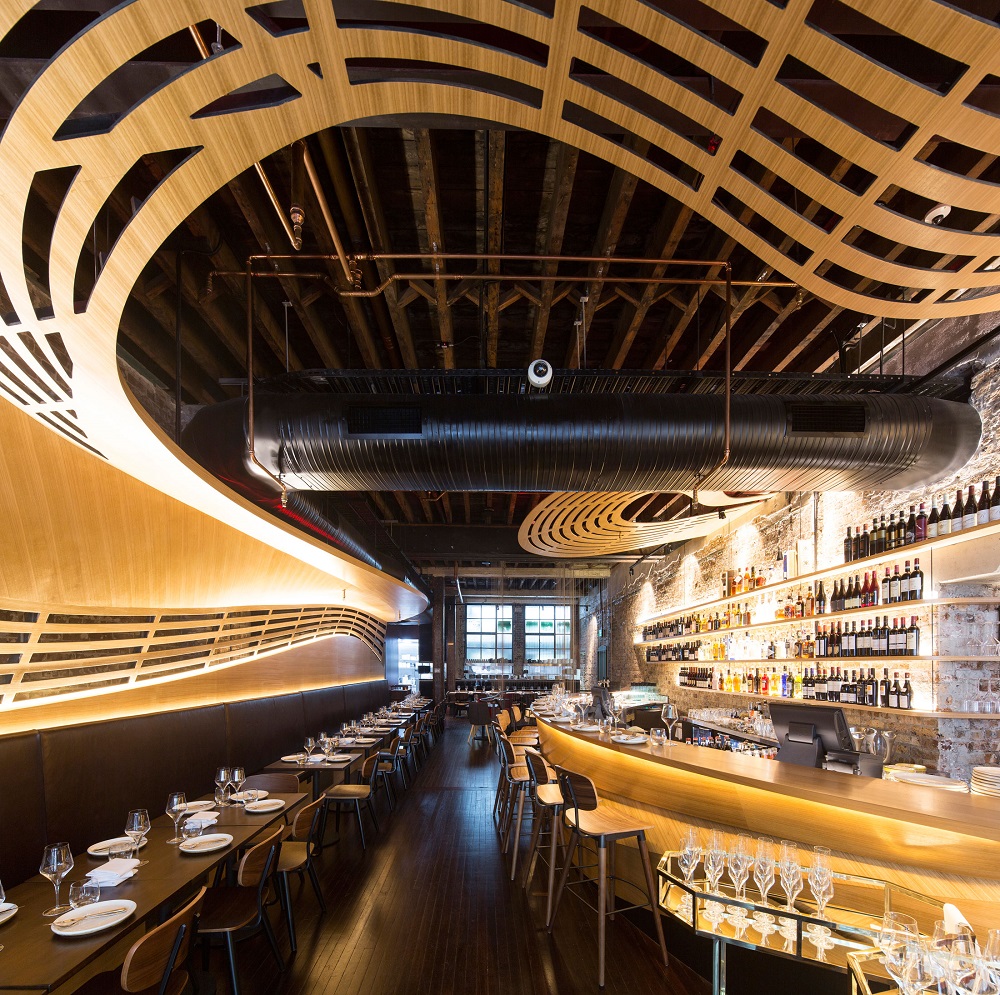