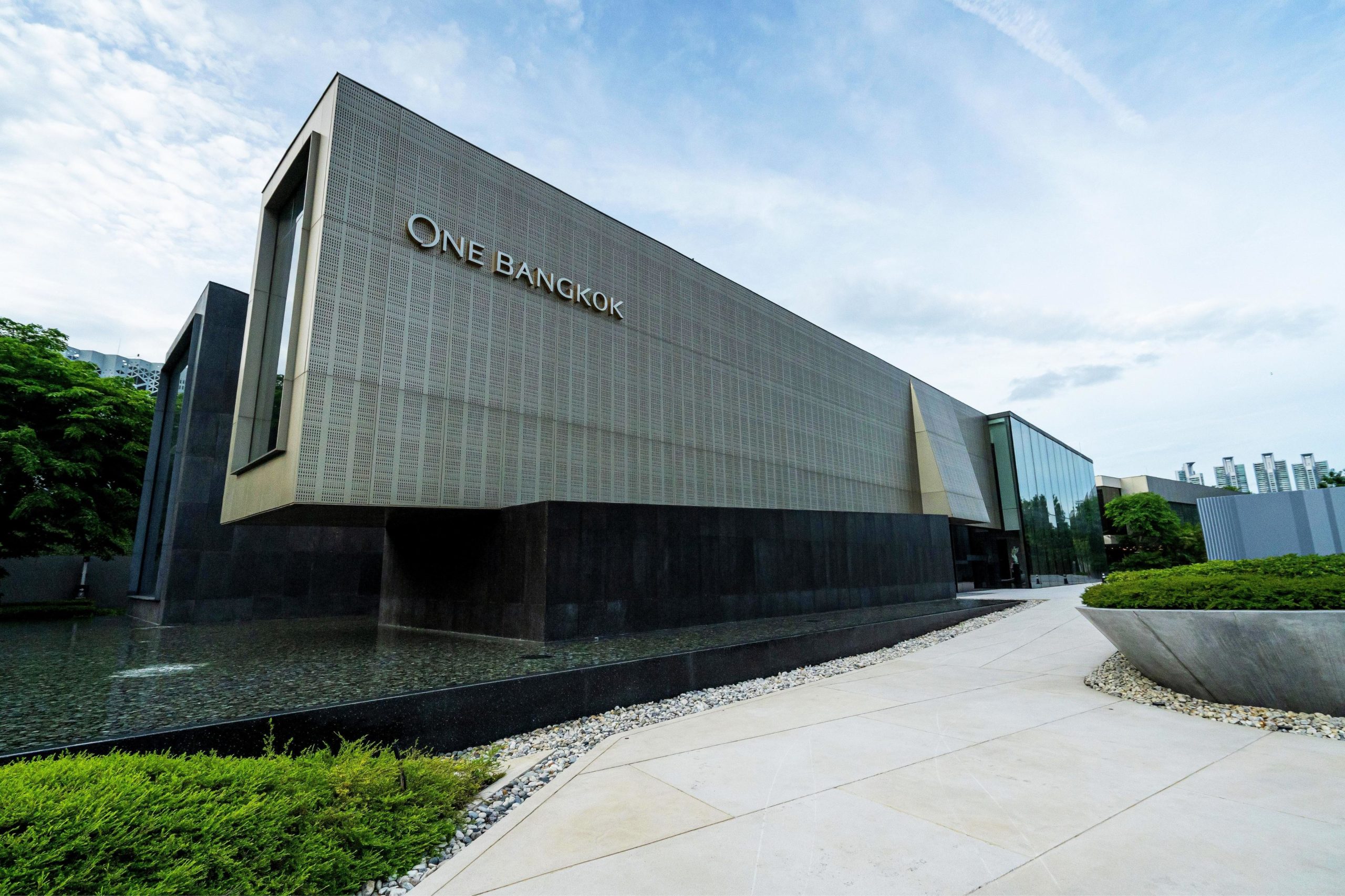 It starts with a circle of white light.

Slowly it traces the outline of a circular, canvas-like surface. Laser beams furtively fan out overhead as “hello” in a multitude of languages reverberates throughout the room. Suddenly the floor lights up, a maelstrom of painterly images whirling on the surface, until two words emerge: “One Bangkok.”

With a flourish of 3D mapping and hydraulics, the experiential show suite known as The Prelude One Bangkok teases the imminent arrival of One Bangkok, the largest private-sector development in the Thai capital’s central business district. Next to the show suite is the subject itself, a THB120-billion (USD3.5 billion) integrated district that literally and economically sits at a crossroads in Bangkok.

This is a masterplan tailored to Bangkok’s culture and climate and, more specifically, to this neighbourhood

The 16.7-hectare development lies at the intersection of hiso Wireless (Witthayu) Road, commercial corridor Sathorn Road, and historic Rama IV Road, the widest thoroughfare in the CBD. Hopefully, One Bangkok will destress the choked arteries of Sukhumvit and Sathorn roads north and south.

In 2015, the developers held a three-month design competition between four master-planners in which Chicago’s Skidmore, Owings & Merrill (SOM) prevailed. “This land is located in the heart of Bangkok City. We had to consider the masterplan carefully, taking into consideration the city masterplan transformation and the commercial requirement,” says Lim Hua Tiong, chief executive officer of One Bangkok, a joint venture of TCC Assets and Frasers Property.

Rather than become approximations of Canary Wharf, Tokyo Midtown, and other SOM commissions, One Bangkok unfolds like a vertical Thai village. “This is a masterplan tailored to Bangkok’s culture and climate and, more specifically, to this neighbourhood,” says Scott Duncan, design partner with SOM.

Through building information modeling (BIM) platforms, the firm quilted its vision of a climate-resilient precinct into the designs of local consultants, led by Architects 49 (A49). The team imagined edifices with Thai rooflines characterised by large eaves, deep overhangs, breezeways, and open-air porches, combining regional and vernacular passive cooling techniques with active design.

“The architectural design of One Bangkok focused on modern contemporary design with Thai heritage influencing some buildings more so than the others,” says Pichai Wongwaisayawan, deputy managing director of A49. “The result would be a unique precinct that stands out yet fits in well with the Bangkok urban and cultural context.”

One Bangkok is built to withstand 500-year flood levels, the gradient of the plot rising to seven metres at the 10,000-sqm, car-free civic plaza in the middle of the district. Linear parks set back the edges of One Bangkok by up to 40 metres from the pavements of Rama IV and Wireless roads.

Unlike concrete canyons elsewhere in the city, One Bangkok’s block structures are aerodynamic, tightly spaced to eliminate harsh wind tunnels or pockets of stagnated air. Project architects and engineers iteratively tested the edifices for the best placements and orientations through a combination of computational fluid dynamics (CFD) and wind tunnel tests, the latter done in Canada.

“This enabled us to maximise access to daylight for the above-grade structures, staggering the towers to create the most amount of views for all buildings while maintaining a dense pedestrian experience that is well shaded,” says Duncan.

In 2020, the project set the record for the largest continuous concrete pour of a mat foundation in Southeast Asia, with almost 27,000 cubic metres of concrete poured in 36.5 hours. As building costs, including rebar prices, stabilise, and construction workers return through reopened borders since June 2022, the 896,000-sqm first phase of superstructure work is on track for completion by the fourth quarter of 2023. Six main contractors, namely Thai Obayashi, Italian-Thai Takenaka, Pre-Built Public Co., Ltd., Visavapat Co., Ltd., Koranit Construction Co., Ltd., and T.T.S. Engineering (2004) Co., Ltd., have since last year commenced work on the superstructures.

The land that thrust Thailand into the radio era—the site was once home to the country’s first radio station—is now submerged deep in the Information Age. Over 250,000 sensors, designed for efficient facility management and seamless end-user experience, future-proof the district against uncertainty.

“As technology changes and our devices become smarter and better integrated with urban infrastructure, One Bangkok will be ready,” says Duncan.

The original version of this article appeared in Issue No. 174 of PropertyGuru Property Report Magazine. Write to our editors at [email protected].