Inspired by an inspirational childhood visit to St. Paul’s Cathedral in London, Jason Pomeroy takes a strongly holistic approach to his craft

At an age when most children are glued to video game consoles, Jason Pomeroy had already discovered that he had a passion for architecture. He still remembers his father taking him to St. Paul’s cathedral in London when he was just eight years old. Although centuries old, the dome remains one of the largest structures of its kind and a feat of engineering still capable of instilling a sense of awe in the present day.

“I was blown away by the geometry of the dome. I remember being able to have a conversation with my father as he was whispering on the other side,” Pomeroy says. “Experiencing that kind of combination of art, science, and acoustic mysticism left a deep impression on me.”

To a small child, the distinct properties of the dome’s Whispering Gallery appeared to be magic. Yet what struck Pomeroy was the fact that this fantastic trick was accomplished not by supernatural forces, but a combination of strategic design. He remained so enthralled with the concept that a decade later, he went on to study architecture, first at Canterbury School of Architecture, then at the University of Cambridge, until he finally earned his PhD from the University of Westminster.

“Right from the get-go, I was fascinated by the concept of natural ventilation and natural light. I was interested in sustainability before it became a buzzword,” Pomeroy remembers. “My design work was always about embracing natural light, natural ventilation, and using sustainable materials to create architecture that is good for both nature and man.”

Pomeroy’s commitment to sustainability has made him one of the leading architects in all of Singapore. As the founder of Pomeroy Academy, a sustainable education provider, a television personality, and the power behind the highly acclaimed design firm Pomeroy Studio, he’s attempting to build a greener world, one project at a time. In particular, his recent work has focused on creating green spaces such as sky gardens in urban environments.

“By 2050, essentially 70 percent of the world’s population will live in urban spaces. So, we have to ensure that those sky courts and sky gardens have that freedom of movement,” Pomeroy says.

Right from the get-go, I was fascinated by the concept of natural ventilation and natural light. I was interested in sustainability before it became a buzzword

“These social spaces in the sky are necessary to provide a replenishment for the loss of open space on the ground. Looking at sky courts, gardens and terraces is crying out, trying to get back that environmental element, to enjoy the outdoors and be less reliant on social media for human interaction.”

Elevated green spaces such as One Mackenzie Park in Malaysia and Azure Skygarden in the Philippines are not the only means Pomeroy and his associates use to create more eco-friendly urban environments. Some of his most influential work centres around buildings cleverly designed to use as little energy as possible. B House in Singapore, for example, is so efficient that it is actually carbon neutral. Unlike some architects, who are content to throw a solar panel on the roof and call it a day, Pomeroy takes his commitment to energy efficiency seriously.

“Sustainability isn’t just the application of green features on the outside of a conventional building,” Pomeroy says. “We have to go back to basics and orient buildings to minimize heat flow from the rising and setting sun in the tropics or how to capture that in cooler climates. We need natural light and ventilation as the core means of heating and cooling.”

While many assume sustainable design is synonymous with a high price tag, Pomeroy insists that is not always the case. Energy-efficient structures have the potential to offer such enormous savings that they can be economically competitive with their conventional counterparts.

“Our designs of cities, buildings and landscapes can actually come under conventional budgets,” Pomeroy says. “We’re demonstrating that by using an evidence-based approach, we can lower the carbon footprint to a carbon-neutral or even carbon-negative position at the same price point as a conventional building.”

As with St. Paul’s dome, Pomeroy does not use mysticism or even some obscure technology to achieve these ends. Instead, he employs empirical observation of a building’s natural surroundings in order to maximise efficiency.

Oftentimes, some of the techniques that inspire him the most are centuries old. Rather than rely strictly on buzzwords and flashy additions, Pomeroy studies what makes historic forms of accommodation, such as traditional Malay kampong houses, so successful. He then employs these time-tested strategies in modern ways.

“An evidence-based approach to design that balances art and science, that measures quantifiably kilograms of CO2 per square metre, light and airflow, is part and parcel of the work that we do,” Pomeroy says. “We want to ensure that our design has as little impact on the natural environment as possible while still being able to delight.” 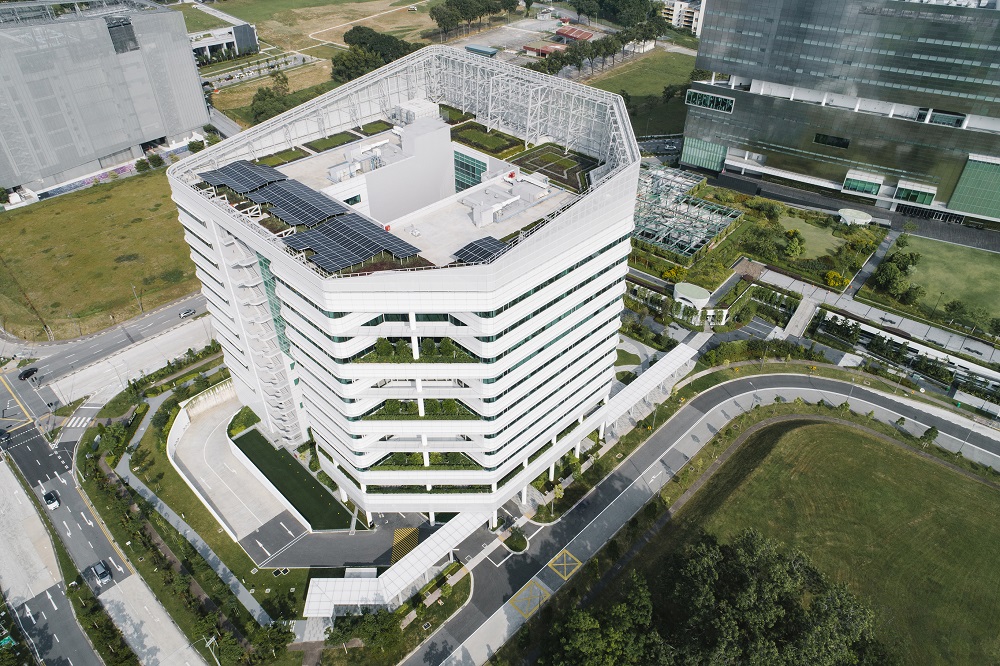 Completed in 2018, this multi-tenanted office space in Singapore seamlessly integrates multiple businesses and startups into one dynamic workspace. Pomeroy Studio strove to design a workspace that would foster the kind of creativity so essential to staying competitive in today’s global marketplace. The resulting design features all sorts of shared meeting facilities and community gathering spaces to foster collaboration between different kinds of start-ups. By bringing together different forms of business modules, he hoped to help employees and entrepreneurs think outside the box. Ample natural light and trees throughout the floors help keep the environment from feeling excessively corporate. 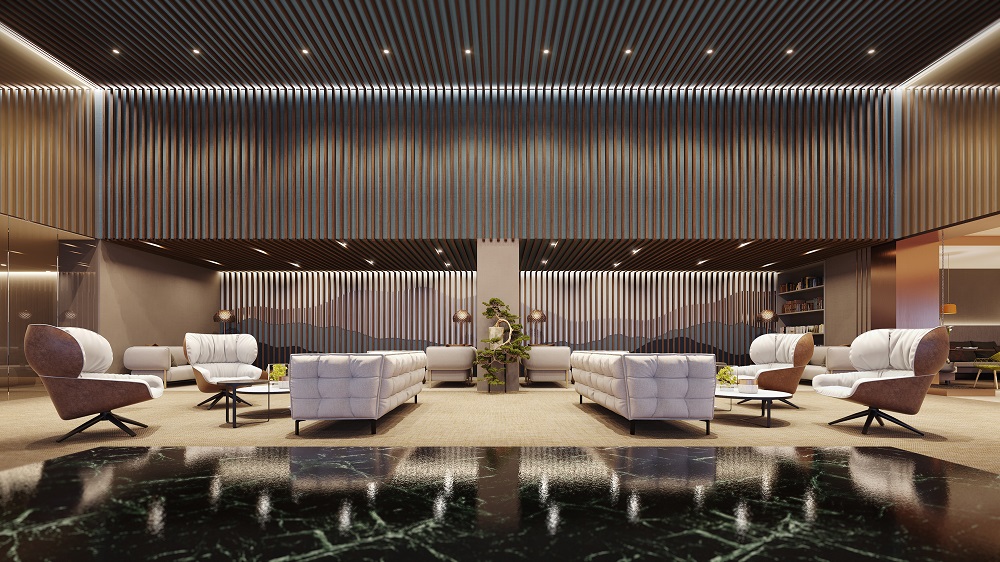 As times change, senior citizens are increasingly living active, fulfilling lives well into their golden years, yet society often fails to accommodate their changing needs. With Aurel Sanctuary in Malaysia, Pomeroy Studio is creating a stylish, sophisticated counterpart to the idea of a traditional nursing home. Upon completion, the project will feature upscale suites with private balconies, plus a lush sky lounge, abundant fitness facilities, and eateries in order to encourage inhabitants to stay connected with their neighbours. The design incorporates plenty of community spaces in order to foster social bonds and host a variety of organized activities. 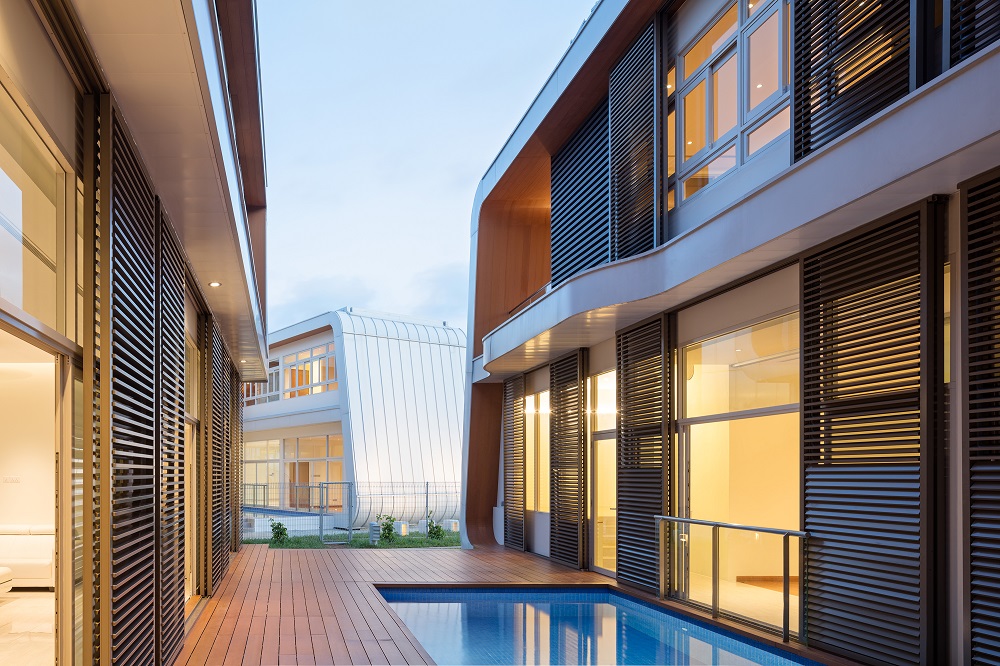 B House in Singapore effectively reinterpreted the black and white bungalow tradition of Singapore, which British administrators and civil servants would live in during the 19th and 20th centuries. “These houses again had wide verandas and courtyards. Ultimately, B House was a modern reinterpretation that looks startlingly of-the-moment, but captures the essence of the traditional houses,” says Pomeroy, adding that B House is actually carbon-negative, “meaning it acts as a power source and the surplus energy could potentially be supplied back into the main grid. One of the challenges that our client in Singapore laid down was that it had to cost exactly the same as a conventional house. We actually came in under budget.” 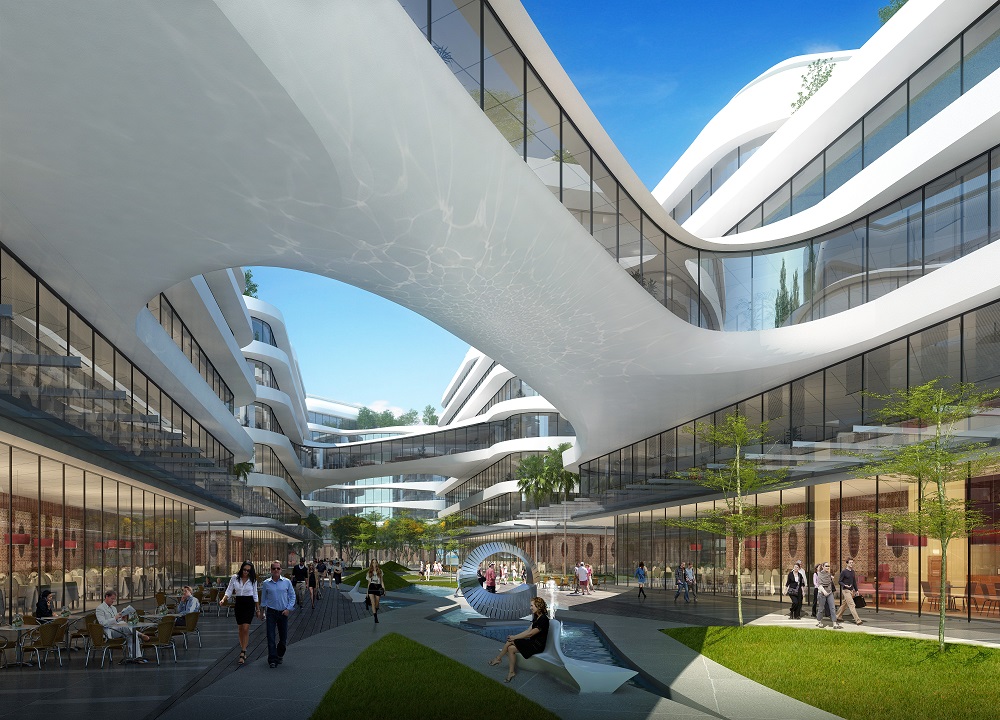 After its national success as a manufacturing powerhouse, Indonesia hopes to stay at the forefront of economic trends by morphing into a centre of technological innovation. To that end, Pomeroy Studio was tasked with creating the country’s answer to Silicon Valley. BSD Digital Hub is an eco-friendly business campus where high-tech science and business firms can coexist and bolster one another. The area in Jakarta sprawls over more than 25 hectares and encompasses abundant green spaces both on the
ground and rooftop levels. 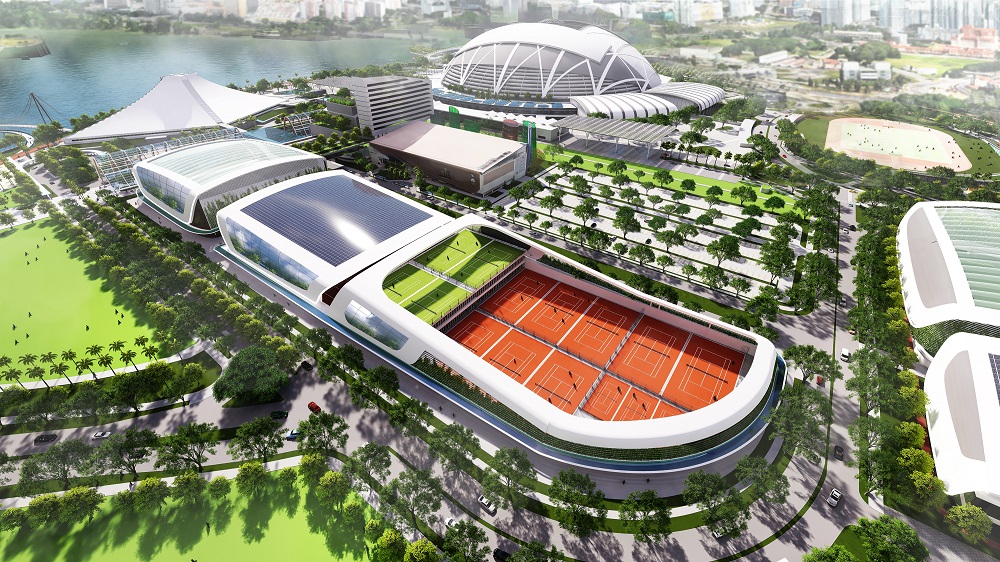 One of Pomeroy Studio’s greatest undertakings to date, Kallang Alive will be an 89-hectare mixed-use lifestyle precinct that is transforming a portion of the Lion City. One of the most prominent features of the recreational space will be The Alive Gateway and Loop, a circular loop that follows the path of the original Kallang Airport’s airfield. The feature serves as both a tribute to the city-state’s history and a striking method of making its future even greener than it already is. The Singapore Sports Hub will be the project’s primary anchor and the site of everything from a velodrome to tennis courts. 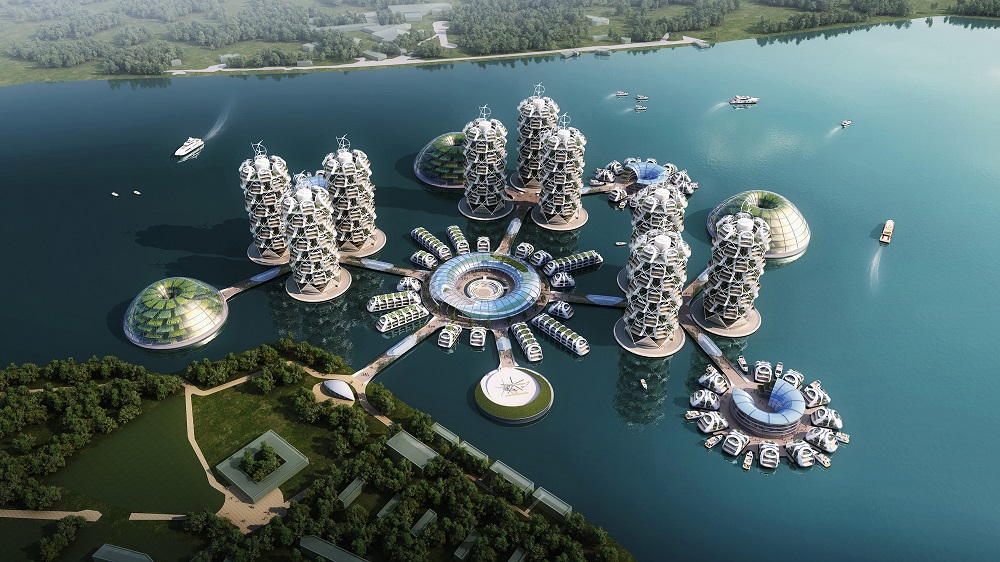 Created in collaboration with Pomeroy Academy, POG, or Pod Off-Grid is a truly radical approach to creating community spaces of the future. This conceptual project imagines a future in which human
civilizations might exist out in the open ocean. POG is designed to be impressively self-sufficient and allows for space for residential, agricultural and civic life to flourish. Since these spaces would need to be able to thrive without basic facilities found on land, they also have their own power generation, water filtration and waste treatment systems. It is a truly daring idea that stretches the boundaries of both human creativity and architecture as we know them.

This article originally appeared in Issue No. 156 of PropertyGuru Property Report Magazine