Historically a powerhouse, the city and its namesake province in the Western Visayas host a burgeoning investor class and a vibrant real estate scene

Iloilo City has a long, illustrious history. By the 1890s, only Manila contributed more to the country’s economy. Iloilo’s booming sugar-production and textiles industries, cultural centres, universities, and telecommunications were among the nation’s most advanced. Its strategic location in the Western Visayas serves it well. Heavily damaged in World War II, Iloilo eventually recovered with an international seaport stimulating trade. In recent years, an expanding airport, a business park in Mandurriao, and a national highway have greatly improved connectivity and commerce. Touted as the most business-friendly hub in the Philippines, the city has a burgeoning middle class with a rising real estate scene to cater to it.

Located within the SM City supermall, Style Residences offers an array of retail, leisure, and F&B options, and proximity to Iloilo’s major business and IT parks, convention centres, airport, and seaport. It sports a wide range of units ranging from suites with balconies to studios. There are several swimming pools, gardens, and gazebos. A basketball court and kids’ play area also grace the development, which aims to bring spacious comfort to tenants and their children. Lying close to both Southpoint, Iloilo’s biggest entertainment destination, and the 18-storey SM Strata Tower, the city’s leading business address, Style Residences flaunts all the perks of luxurious city living.

This mega-complex comprises 2,125 units in the northern Iloilo town of Pavia. From above, Deca Homes’ sprawling project resembles a densely populated airfield. Amenities include a church and wakeboarding lake, alongside more typical features such as a clubhouse, pool, multi-purpose hall, and basketball court. Pavia Resort’s bungalows with mini-gardens straddle the line between cosy, functional and eco-friendly. Other accommodation choices include single detached homes and two-storey townhouse units. It’s the Panay region’s biggest real-estate development, and one of its most affordable. Despite its size, property group 8990 Holdings intends to cultivate a sense of community and intimacy in this suburban mini-city, which lies 10km from the Iloilo City centre.

Few F&B stalwarts have the longevity and reputation of Madge Café, a coffee shop that has served its pure Ilonggo arabica-bean coffee for 82 years. The heady brew is made using a kettle, cloth sock, and kolador(container to remove water) and is best complemented by muscovado sugar. The café takes its name from Magdalena, wife of founder Vicente de la Cruz. Its original outlet is still located at La Paz Public Market, but a cosy spin-off café can now be found at Shops at Atria, where the walls are festooned with coffee cups personalised with customers’ names: a Madge Café trademark. Hand-crafted blends include the milky Media Cafe and Puro Tab-ang, a milder black brew. The simple menu includes Pinoy comfort food favourites.

Iloilo recently won major awards for its bike-friendly infrastructure, with 32km of existing or in-progress bicycle lanes. And down by the river two-wheel fanatics have a perfect playground to exercise their passion. The 10km Iloilo River Esplanade, designed by Paolo Alcazaren, was opened in 2012 to make scenic open-air space accessible to pedestrians. It had originally been an alternative traffic route and flood-control barrier. Now, it is the longest linear park in the country, passing through five districts of Iloilo City. Having helped to rehabilitate the river, it’s also a renowned sunset-viewing spot and has dramatically raised land prices along its course. A planned extension is in the pipeline. 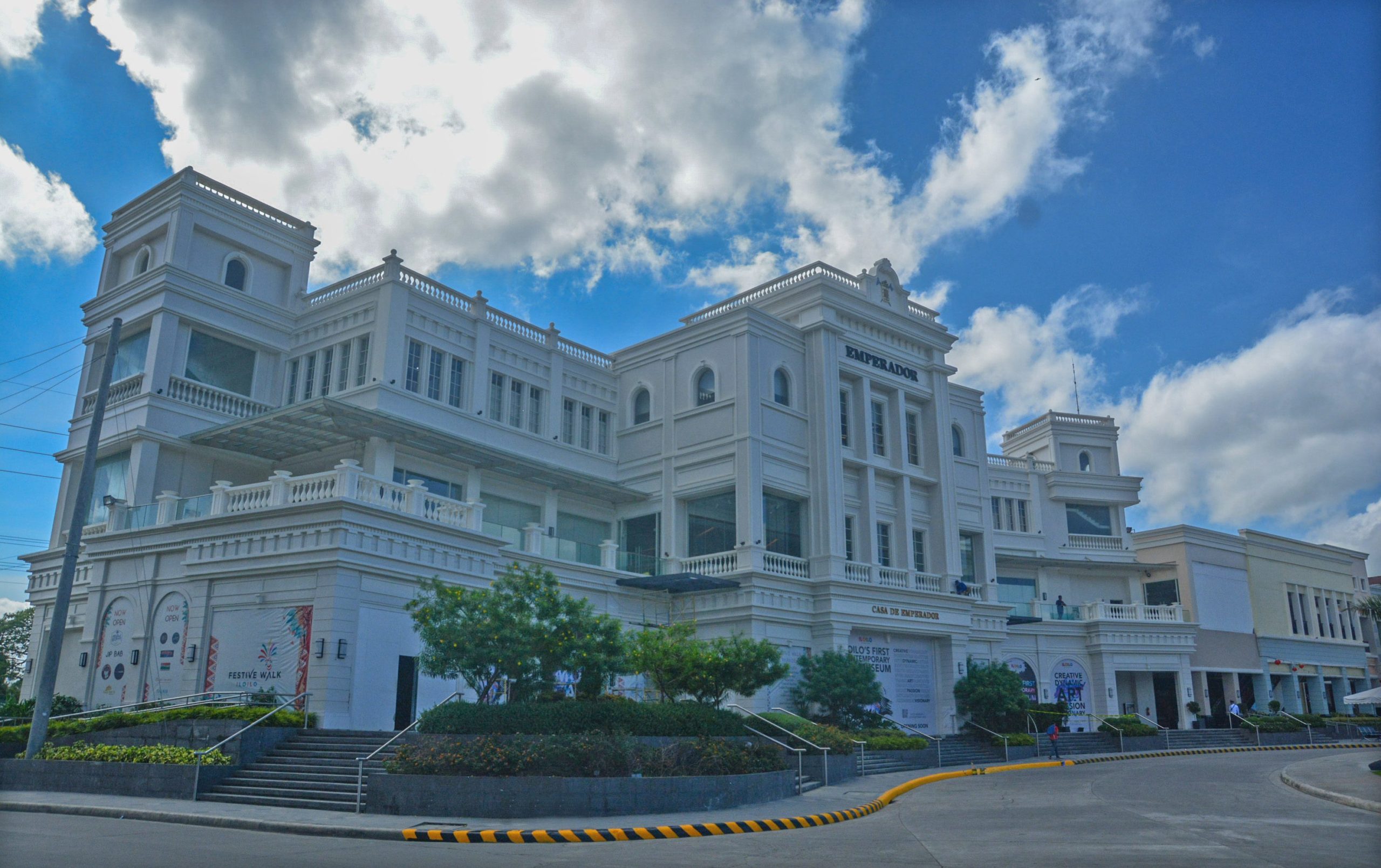 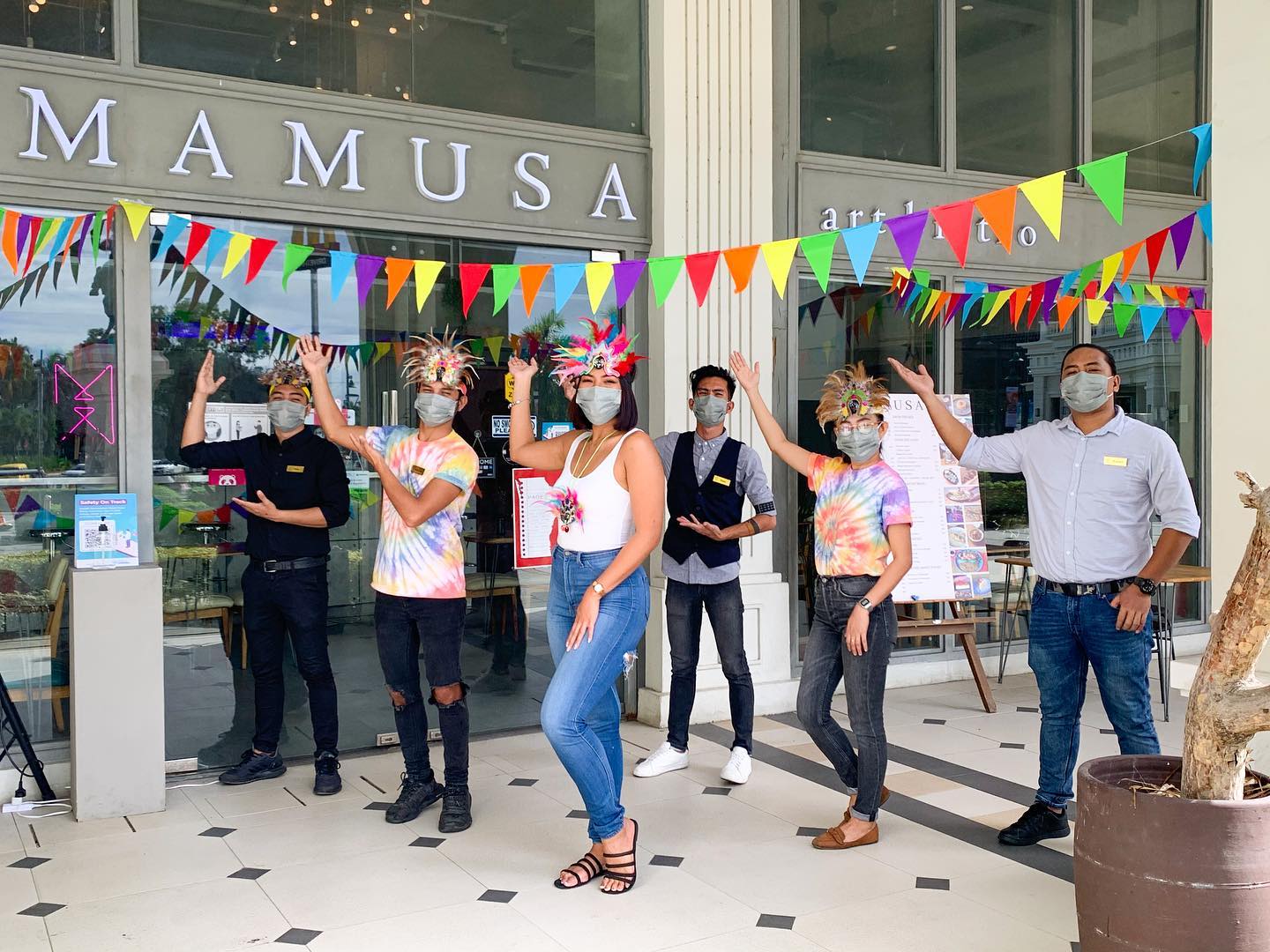 At Festive Walk Parade on the ground floor of Megaworld Iloilo Business Park, Mamusa is a unique all-day, late-night concept wherein fine food, an in-house bakery, cocktails, live music, poetry nights, and a modern-art gallery add to the heady experience. The extensive menu features salmon and steaks alongside comfort food such as nachos, burgers, chicken wings, or European-style salads. But there’s also room for beloved local tastes such as bagnet, kare-kare or inasal chicken. On the mezzanine gallery floor with its industrial-style interiors, patrons swoon at sunset views while perusing the works on display by Visayan and other Filipino artists. It’s a fine appetiser for the Iloilo Museum of Contemporary Art (IloMOCA), located just next door.