As Vietnam begins to focus on post-pandemic growth, Phu Yen — a relatively little-known coastal enclave with glorious natural attributes — is set for the spotlight

Picturesque Phu Yen province on Vietnam’s south-eastern coast—a place of lagoons, mountains and beaches—is blessed with the kind of geography that lends itself to poetry. Its natural beauty was immortalised in the hit 2015 movie Yellow Flowers on the Green Grass. When you consider the scenic backdrop, which contains the country’s easternmost point, it’s hardly surprising that this former agricultural region is becoming a desirable destination for development both in housing and industry. Infrastructure is on a solid footing; the enchanting 10km coastline of emerging provincial capital Tuy Hoa, with its coconut palms and multi-lane boulevards, is perfectly poised for tourism. Oil-refining projects, meanwhile, should considerably bolster the economy in the coming years. High-end developers are waking up to Phu Yen’s potential. And with enticing leisure options bolstering the area’s appeal, the scene is set for this undiscovered gem to take centre stage. 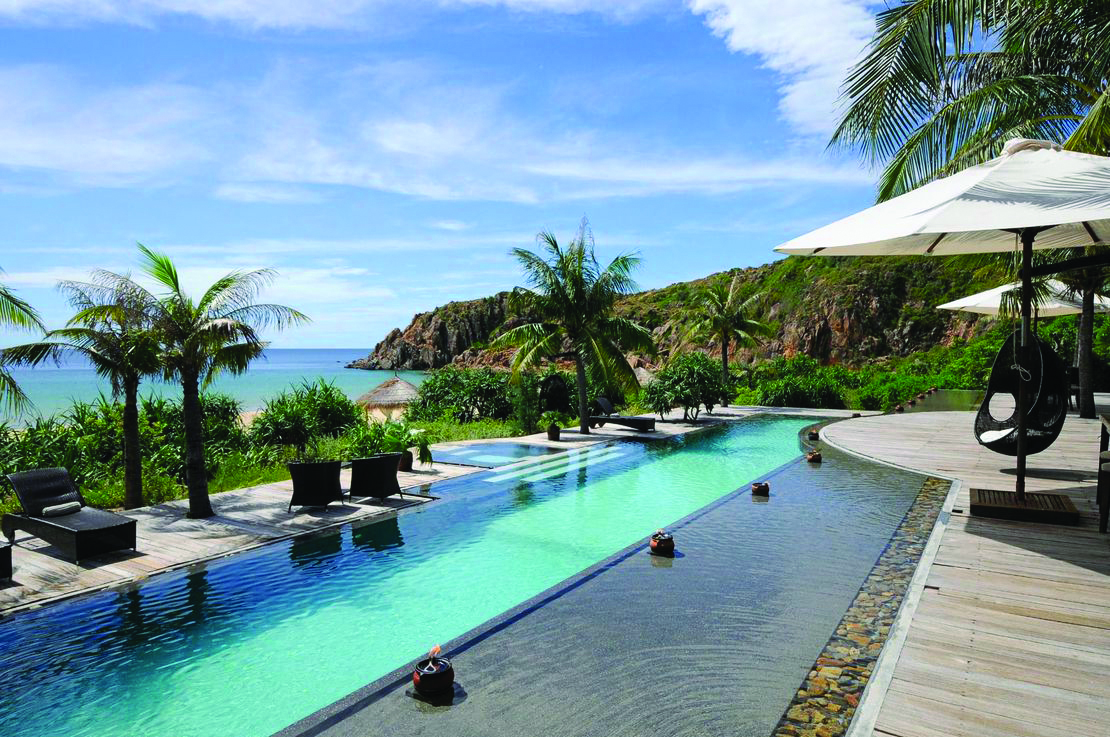 A balmy holiday town in the north of Phu Yen, Song Cau has many beachfront properties. Established luxe contenders in the area include boltholes operated by Anantara and Avani. The 50-hectare, 100-room Alila Bai Om Hideaway Resort, opened in October 2019, sits squarely on the beach’s unspoiled natural landscape and offers gorgeous views across the foliage-strewn promontory and the South China Sea while the area’s many bays and islets are ripe for exploration. Winner of both the Best Resort Development and Best Resort Architectural Design titles at the 2020 PropertyGuru Vietnam Property Awards, it’s another triumph for Kien A Corporation, whose real estate arm principally focuses on future-forward apartment towers in Ho Chi Minh City and hotel properties such as Le Méridien Cam Ranh Bay Resort & Spa. 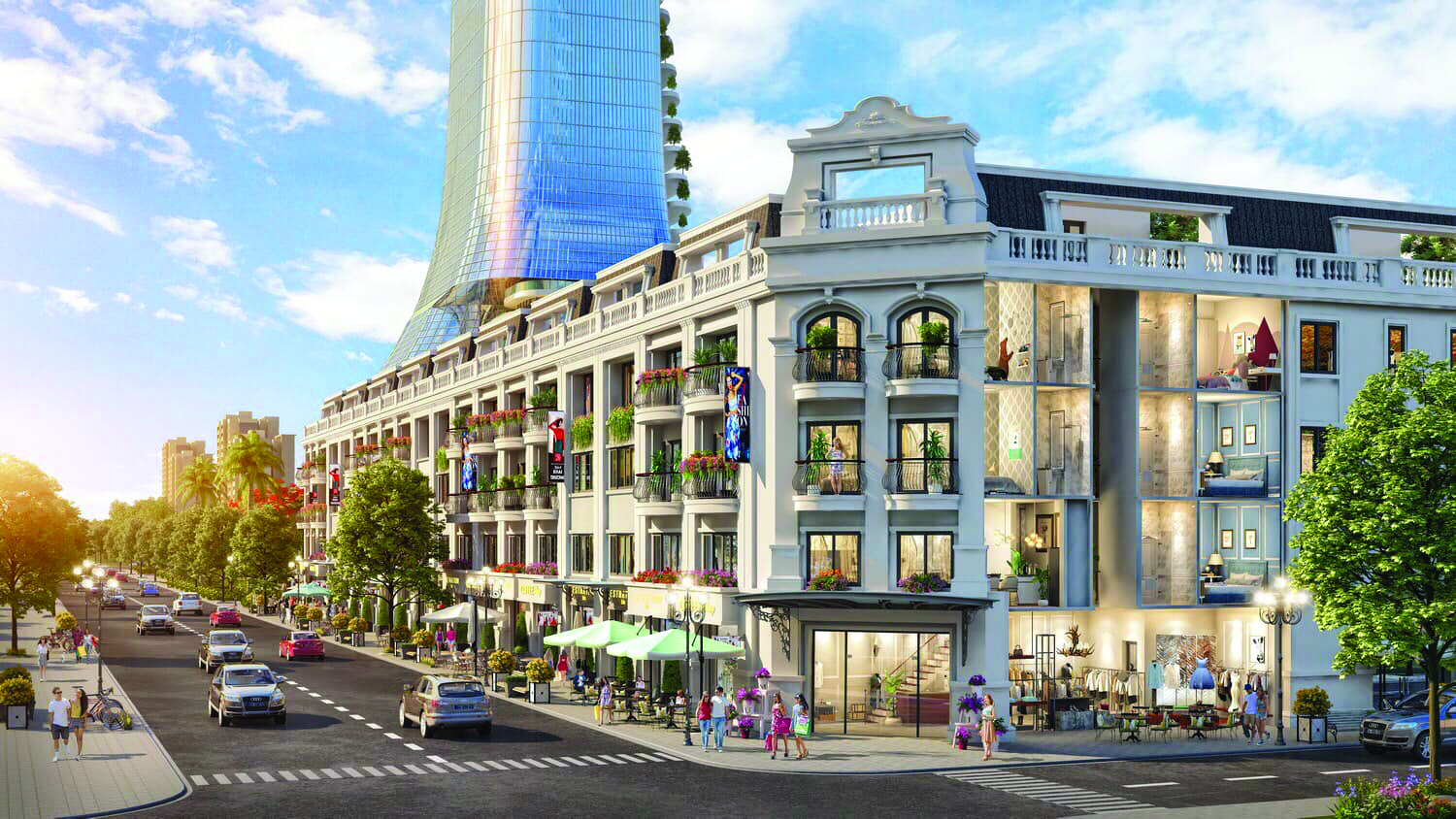 This mixed-use mega-complex in central Tuy Hoa, combining 64 shophouse units, a five-floor mall and a five-star, 35-floor hotel, is harmoniously designed to form a hub for business, leisure and retail on the town’s main artery—all within proximity to the airport and the pristine beaches on the coast. The ostentatiously named 12,000sqm project utilises natural finishing materials in an attempt to convey long-standing cultural traditions alongside luxurious contemporary architecture. Deploying smart technology as well as sustainable credentials, TNR Grand Palace is set to become a prestigious address within the fast-emerging province, with recognition coming in the form of the Best Mixed-Use Architectural Design award at the 2020 Vietnam Property Awards. 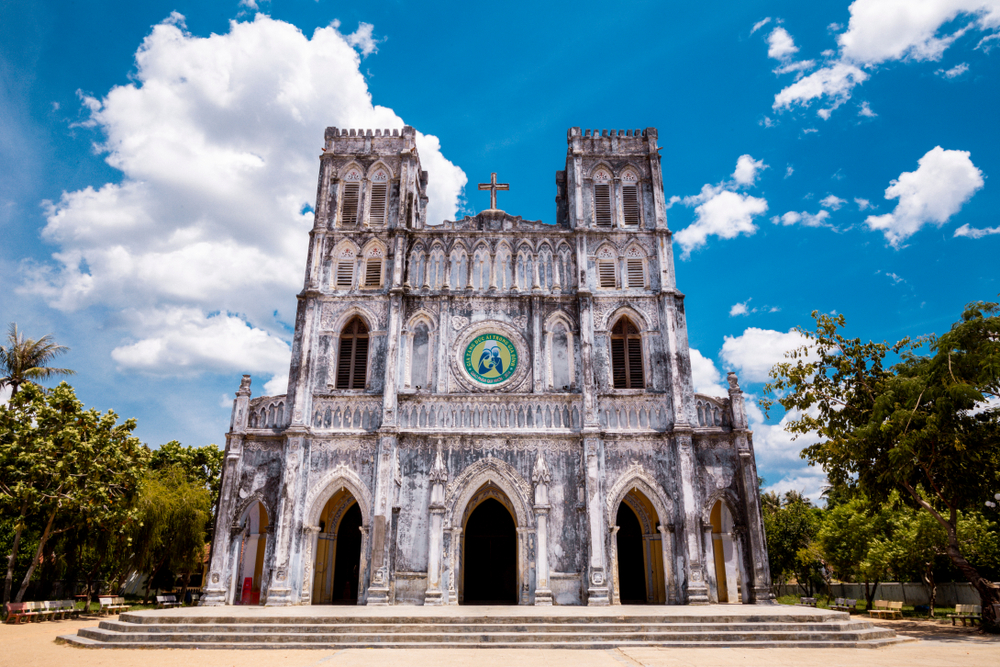 Bearing a striking resemblance to Hanoi’s St Joseph’s Cathedral, Mang Lang is an imposing Roman Catholic church situated 35km from Tuy Hoa. The gothic-style church was built in 1892 by French missionary Father Joseph Lacassagne. Modern-day Song Cau (then called Ke Cham) was the native village of Andrew of Phu Yen, the “Protomartyr of Vietnam”, an assistant to Jesuit missionaries, who was beheaded in 1644 after refusing to abandon his faith. It became an important shrine when Andrew was declared Patron of the Youth and was later beatified by Pope John Paul II in 2000. It was also here that well-travelled scholar Alexandre de Rhodes wrote his Cathechismus in Octo Dies Divisus in Latin and Vietnamese, which was printed in 1651. 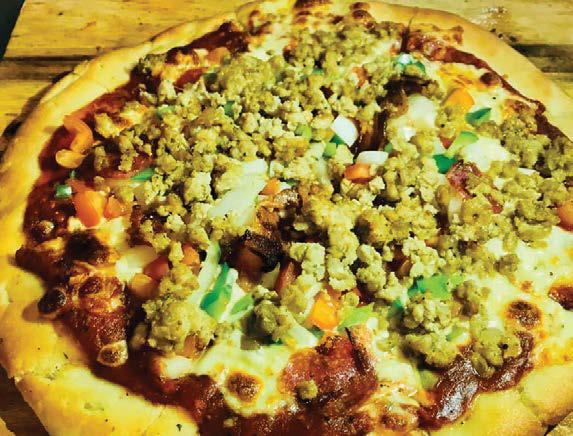 This well-established, unpretentious comfort-food joint run by Pennsylvania native Bob Johnston and his Vietnamese wife Phuong Diep Minh wins regular plaudits for its service and solid culinary offerings including inexpensive pizza, burgers and chicken wings. A sure sign of its reliability is that it’s regularly packed with predominantly local customers, rather than tourists or expatriates—making it something of a curio in a city which otherwise betrays little in the way of western influence. But the real clincher is its location on the quiet backstreet of Nguyen Dinh Chieu, directly beside a leafy park and just two blocks from captivating views of the South China Sea, with the mountains as the backdrop 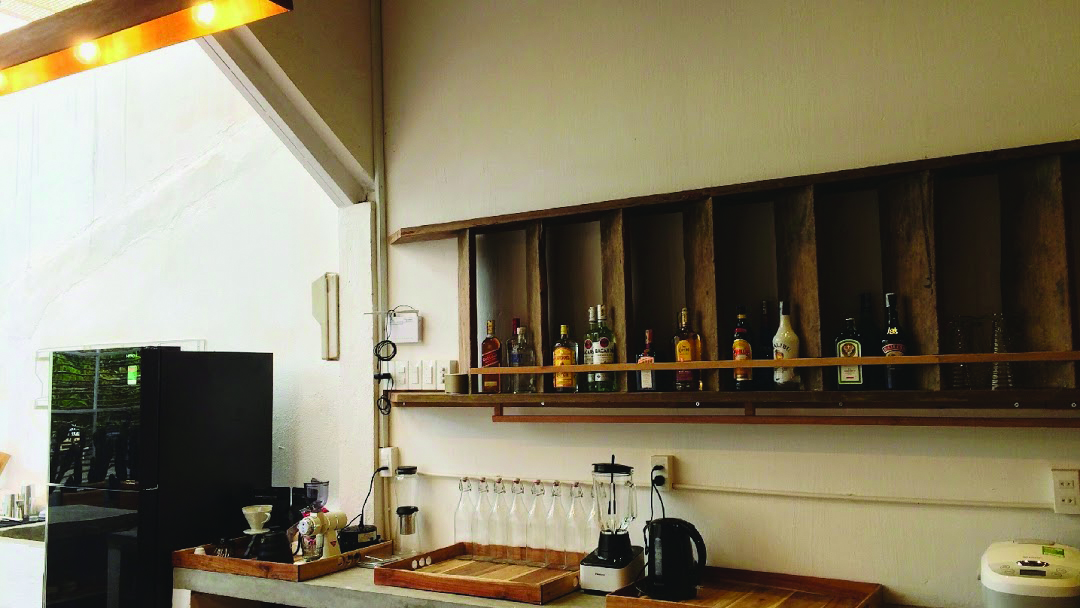 Describing itself as “a local indie bar in the heart of [the] city”, Noon Concept is a trendy outlier in a developing conurbation more accustomed to unprepossessing cafés. And with Tuy Hoa revelling in its status as an up-and-coming city, this could be the shape of things to come. The immaculate space focuses customers’ attention on the artful wooden furnishing and minimal décor—an attractive proposition for any passing hipster, with its Instagram-friendly surfaces—but this isn’t just a café. Adjoining the dining area is an in-house store selling a range of branded merchandise, such as recycled bags, toiletries and a travel box, and numerous items to take away from the menu including individually packaged biscuits and cakes. Just for good measure, there’s a large tree growing through the middle of the shopfloor. 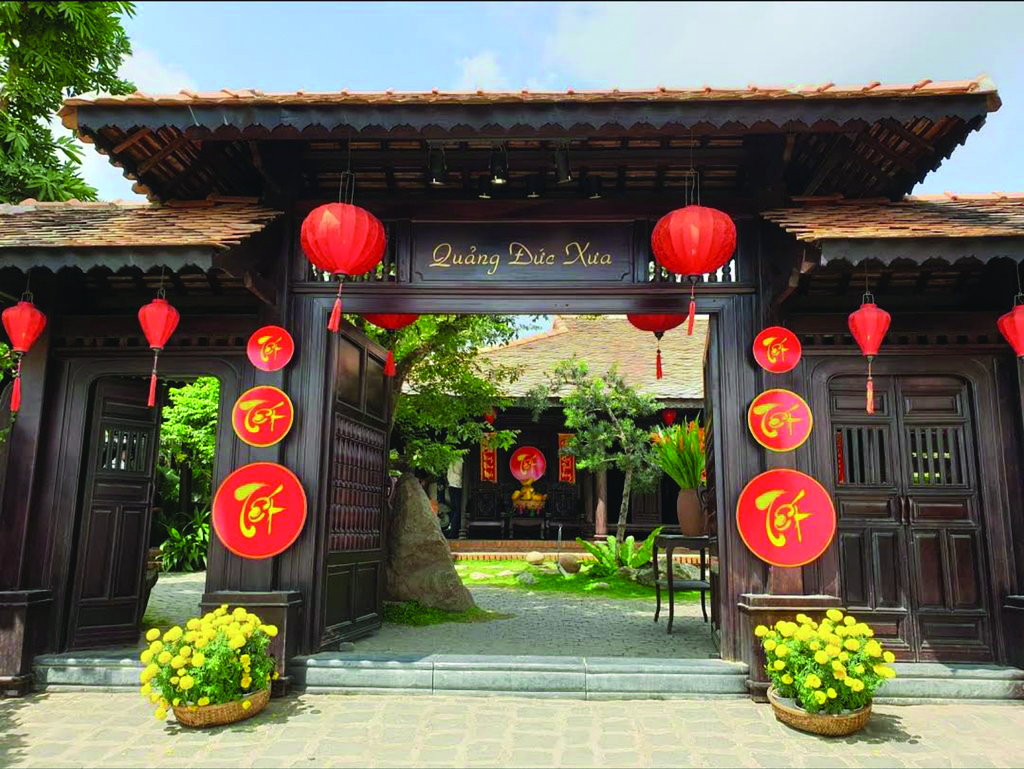 In Phu Yen’s northern Tuy An district, along the well-trodden tourist trail to Mang Lang Church, lies this beautifully carved wooden bungalow which served as the governor’s residence in the early 20th century, though the building dates back to the mid-19th century. Many original fittings remain in its lovingly recreated modern-day incarnation, such as antediluvian rotary telephones and Singer sewing machines. The part-museum, part-shop now holds pottery inspired by the medieval era when artisans created artefacts based on a combination of locally sourced An Dinh clay, O Loan blood clams and Ky Lo firewood. But it’s also a repository for tantalising items created from agarwood, contemporary ceramics and colourful fabrics—all of which make high-quality souvenirs from a trip to this unheralded coastline—while Quang Duc Xua and its café lie enticingly amid landscaped gardens with lily ponds.

The original version of this article appeared in Issue No. 164 of PropertyGuru Property Report Magazine 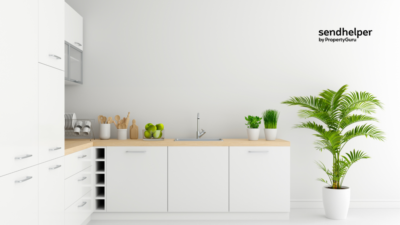