Sandwiched between the Tonle Sap and the Mekong, Chroy Changvar is one of Phnom Penh’s rising stars

Positioned at the confluence of Phnom Penh’s two great rivers, Chroy Changvar has seen rapid growth in both housing and infrastructure over recent years. As new condominiums and amenities complement older villas and apartments, the district presents an intriguing mix of accommodation as well as fresher city air, river views and direct access to the city. Indeed, the three road bridges linking it to the city centre, mean that there are few better-located enclaves in Cambodia’s capital. With exclusive condominium units at affordable prices, there’s little wonder why this fast-rising gem is making waves among investors. 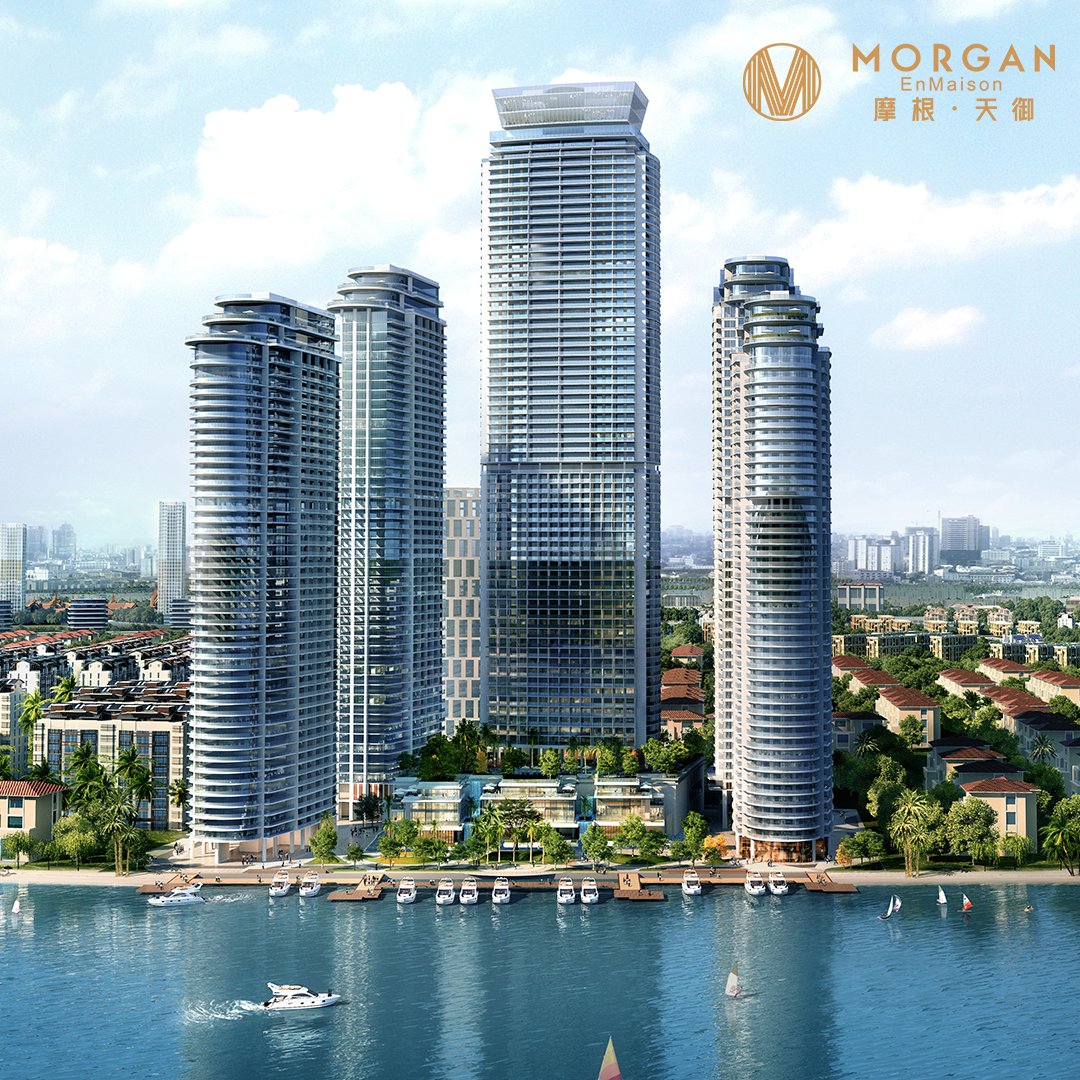 This lofty integrated resort consisting of five riverside skyscrapers looks set to substantially raise the profile of Chroy Changvar. With super-luxe features including a helipad on the centrepiece 70-storey business tower’s rooftop, a multi-level sky club, rooftop infinity pool, and a private yacht marina, the 2.4-hectare, U-shaped development is designed with an affluent clientele in mind. It also displays sound green credentials with an ecological landscape garden, water features, and a 200-metre riverside walking trail. With a shopping mall, restaurant, school, five-star hotel, gym, and sauna included in the masterplan alongside four condo towers, units here will be highly coveted upon the completion of the project, currently slated for 2023. 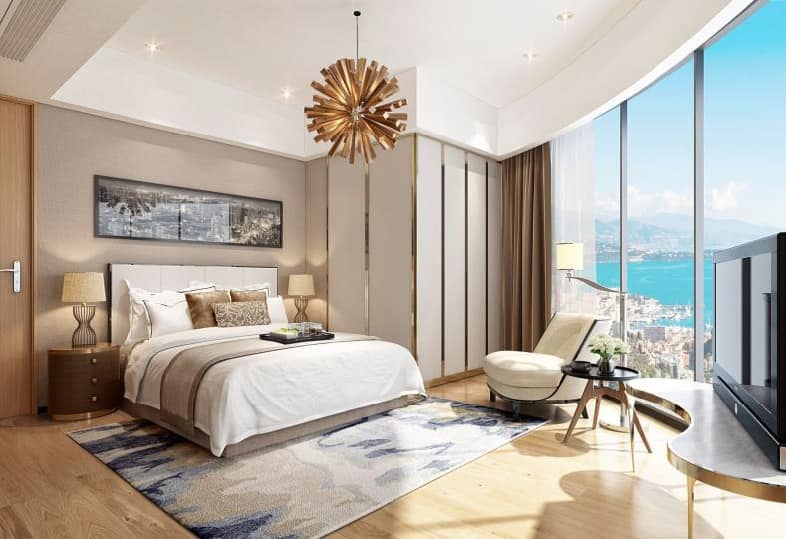 Another major tower development in Chroy Changvar is La Vista One, which is scheduled for completion in December this year. Towering over the neighbourhood with 41 storeys, the project—which contains 1,750 units—is built with sustainable development and a people-oriented design in mind. Ample greenery incorporated into the towers, meanwhile, forms a three-dimensional landscape design from the ground to the air. A clubhouse, sky garden, infinity pool and indoor gym enhance this residence whose V-shaped configuration and large private balconies ensure optimum panoramic vistas over the Mekong River. For a city that only 20 years ago had no buildings taller than four storeys, La Vista One is just one more example of Phnom Penh’s sky-high ambition. 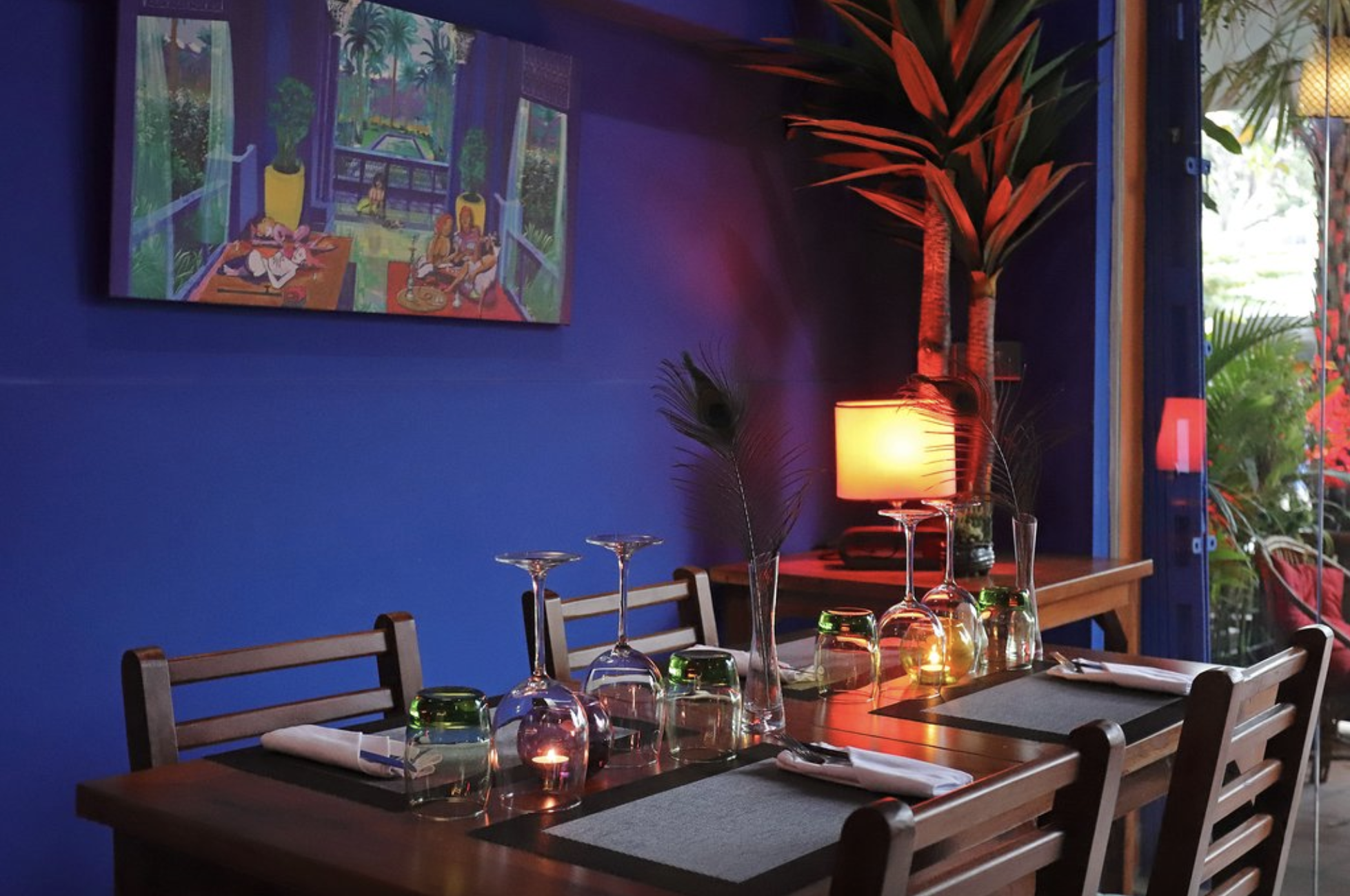 The dining scene in Chroy Changvar is in its relative infancy. But, just over the bridge, the riverside promenade of Sisowath Quay holds greater surprises in store. French-owned Majorelle is an undoubted highlight. Its distinctive royal-blue interior design was inspired by a namesake villa in Marrakesh. Similarly, the fusion cuisine on offer here takes its cue from all kinds of exotic Mediterranean locales (Greece, Tunisia and Morocco) as well as Madagascar, French Polynesia, Argentina and the West Indies—adding up to a culinary eclecticism that is a rarity in the Cambodian capital. Generous portions, attentive service, exotic artwork and beautiful plating complete the experience at this consistently innovative and highly praised restaurant. 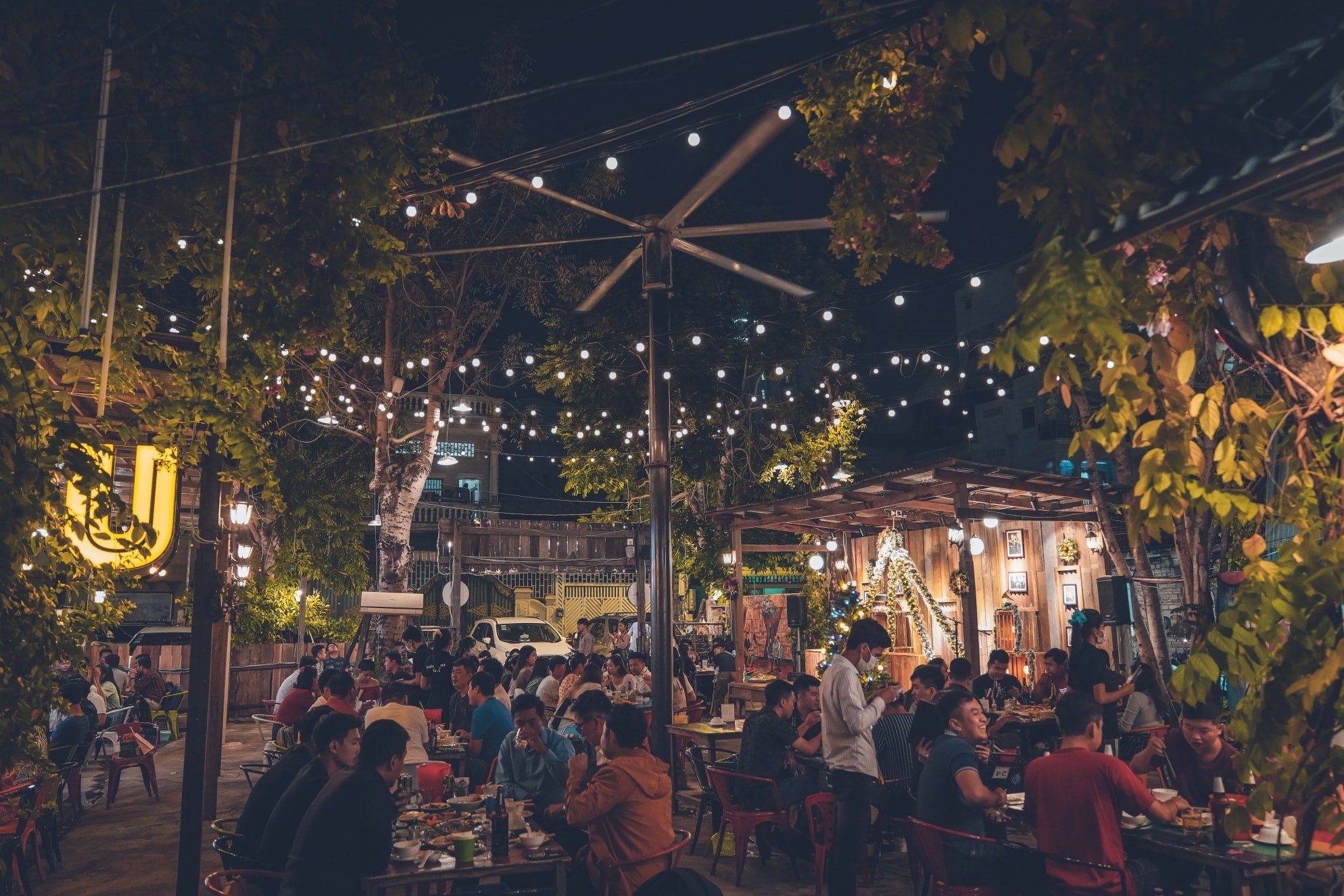 Chroy Changvar is not (yet) known for its buzzing bar scene. But nobody need go thirsty even so. Those craving bibulous pleasures can take solace in the impressive rooftop bar atop the Mekong View Tower’s 116-unit condo, as well as a smattering of beer joints along Mekong River Road and Tonle Sap Street. The liveliest bar on the latter thoroughfare, Color Cup’s hyper-sociable vibe benefits from a sprawling layout of lengthy tables for sharing comfort food, a live-music stage, vivid murals and a plethora of festive lighting to enliven the packed space. Set in the south of the peninsula near Chroy Changvar Park, it’s colourful, brash and full of life, and the young clientele wouldn’t have it any other way. 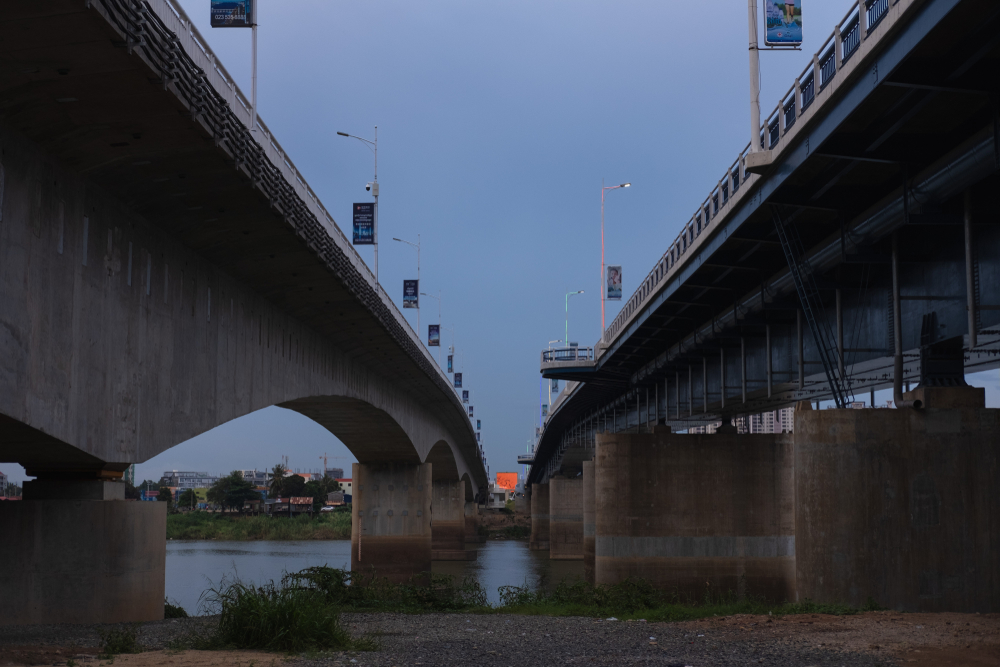 For all the new development happening in Chroy Changvar—it now houses Phnom Penh’s first water park (Garden City), as well as a theme park (Dinosaurs Alive) and a wildlife attraction (Safari World Zoo)—the area originally opened up with this bridge, constructed in 1963 with Japanese funding. Formally known as the Chroy Changvar Bridge, it joined the peninsula with the mainland across the Tonle Sap river but was severely damaged during the civil war in 1972 after extensive land-mining by Khmer Rouge forces, and wouldn’t open again until 1996—accounting for the slow pace of local development. In a further twist to its somewhat chequered history, the nearly 1,000-metre-long landmark was closed for essential repairs in 2017 before reopening in April 2019, complete with pedestrian and motorbike lanes, and is now the principal route for those entering the satellite city from Daun Penh district. 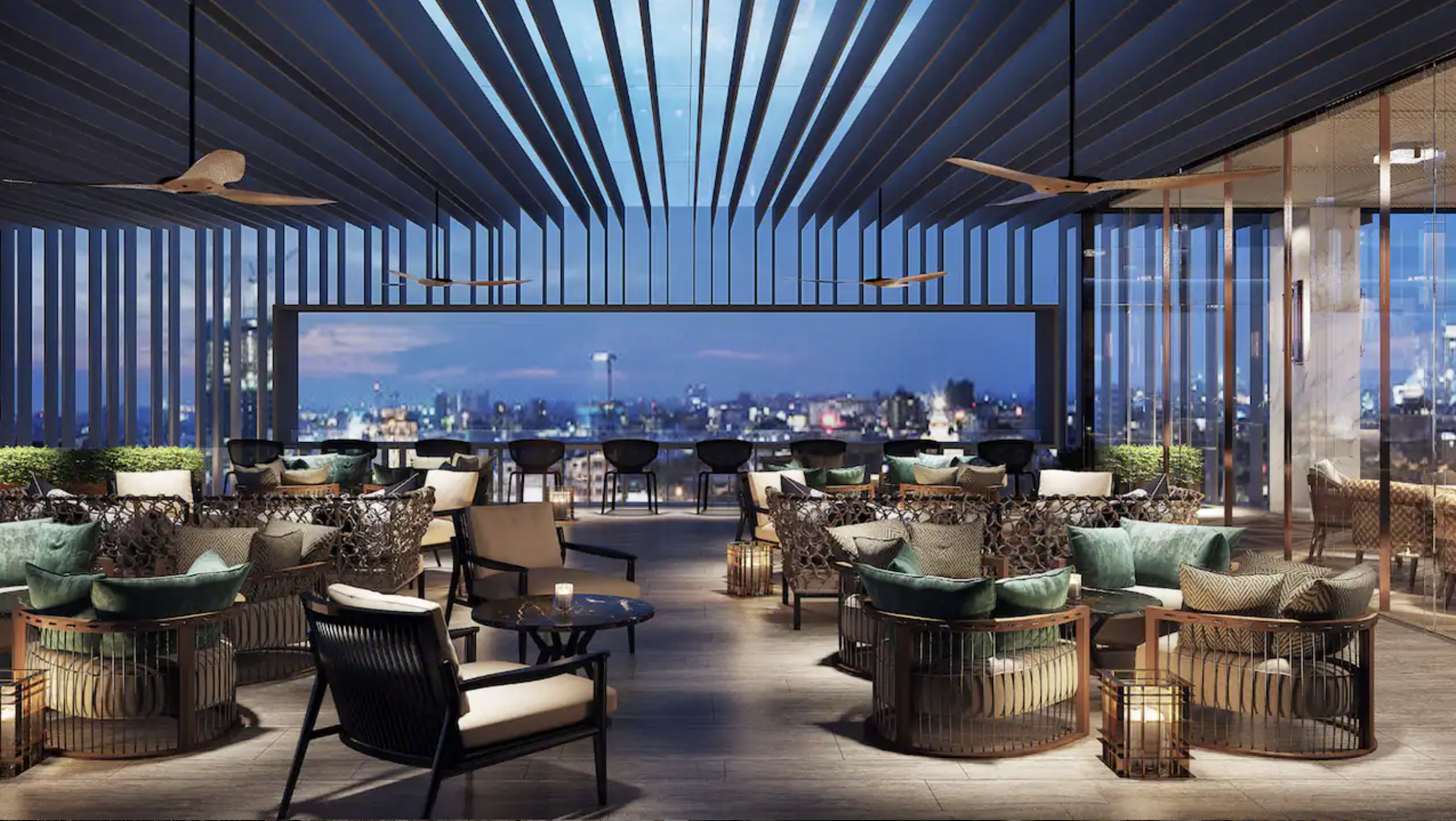