For centuries, Hokkaido was an isolated Narnia of myths and whispers. Even today, Japan’s northernmost island, though accounting for one-fifth of the whole country, is home to a mere 5% of its population. It remains a largely unspoiled, enigmatic landscape where emerald summers quietly ease into piercing-white winter months. And then there’s Niseko. Nestled in the foothills of the eponymous mountain range, this melting pot of high-octane activity and après-ski went from “undiscovered” to Asia’s undisputed premier ski resort in little over a decade. At its heart is Hirafu, the largest and liveliest of Niseko’s four ski villages. With its abundance of year-round lifestyle options, including world-class restaurants, retail outlets, and outdoor pursuits, in addition to top-tier second-home investment opportunities, it’s little wonder that Hirafu’s popularity has yet to peak. 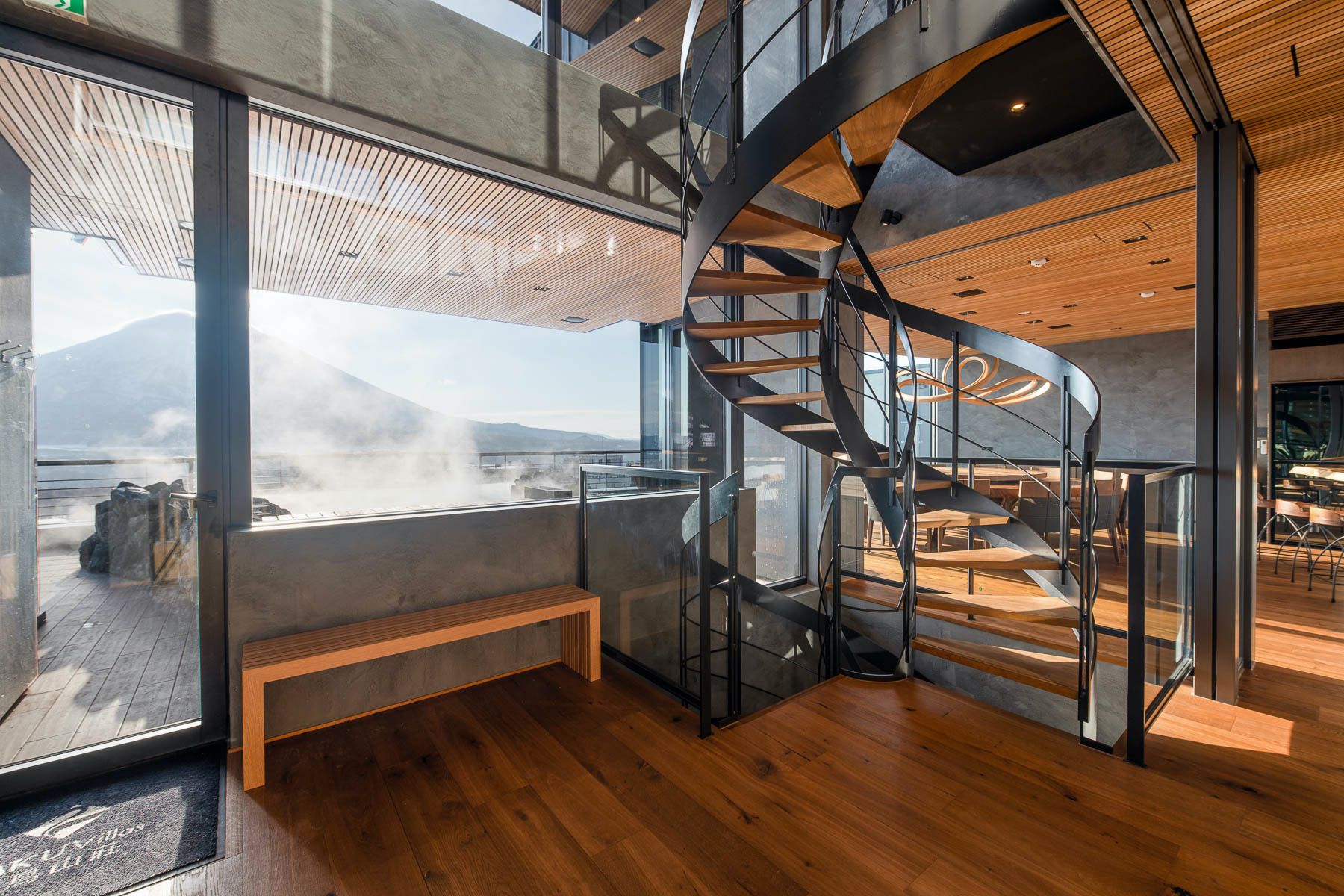 HakuVilla 588 is that rare example of a residence that justifies its hyperbolic marketing material. The seven-storey property, which basks in vistas of nearby Mount Yōtei, features just four 300-plus-square-metre units. The four-bedroom, five-bathroom properties all have a private onsen and are staffed by a discrete team of hosts, chauffeurs, and chefs. Located in the Upper Hirafu Village only 200 metres from the Hirafu gondola, residents have direct access to the village’s premier amenities. Onsite facilities include a private wine cellar, golf simulator, and karaoke room, as well as one of the neighbourhood’s favourite eateries, Haku Steak Restaurant, on the ground floor. 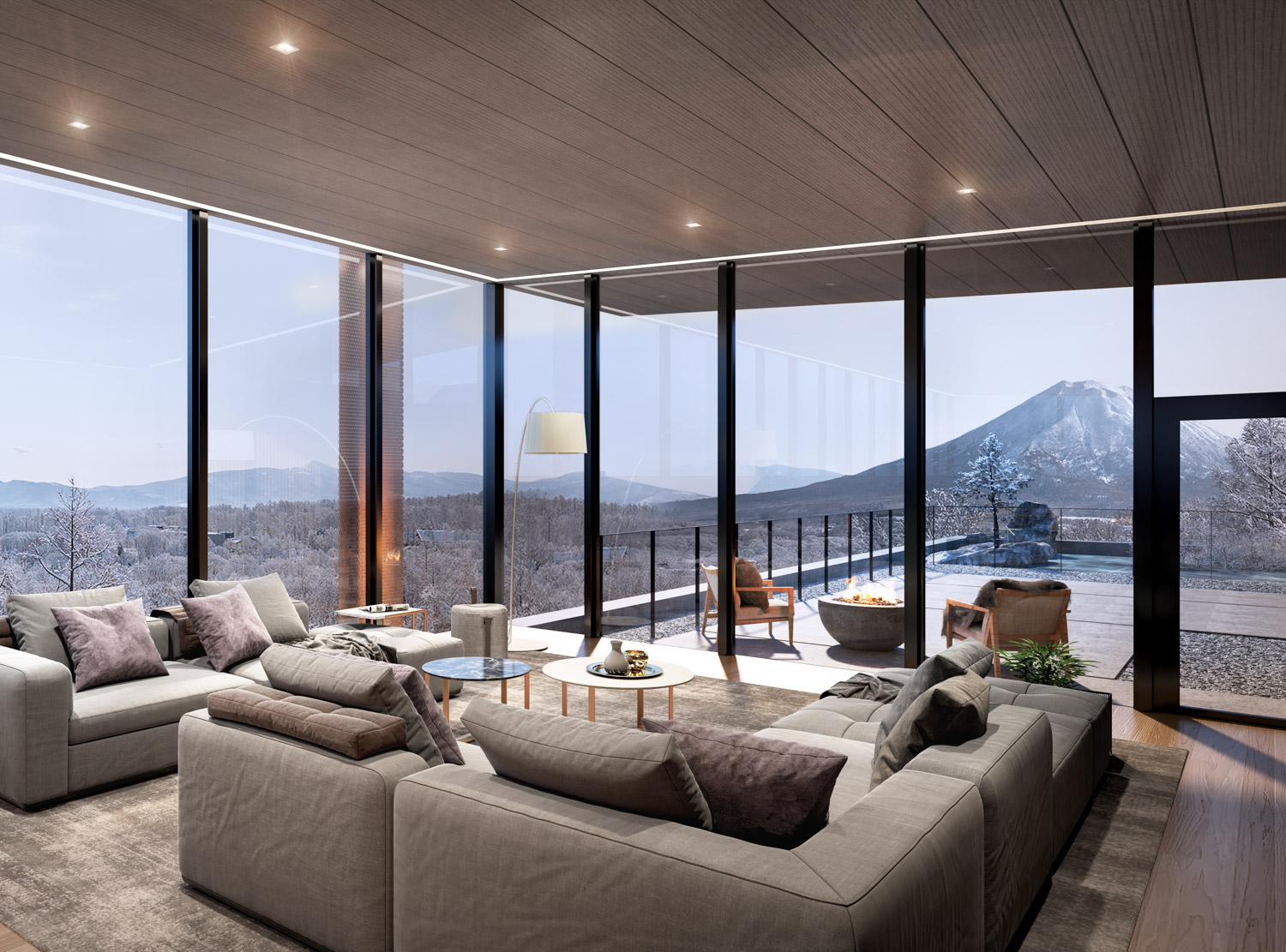 Opening its second phase this winter, Intuition Niseko is another upscale property reaping the rewards of Hirafu’s stunning scenery. Building on the success of the 10—sold-out—villas in phase one, the latest instalment features 32 fully furnished serviced apartments, ranging from studios to six-bedroom penthouses. The luxury onsen estate, designed by Tokyo-based architect ALA Inc. to subtly integrate into the surrounding birch forest, sits in the centre of Hirafu, moments from ski lifts and shopping and dining destinations. While the exclusive onsite onsen is the drawcard, residents also benefit from concierge services, in-house dining options, and upscale fitness facilities. 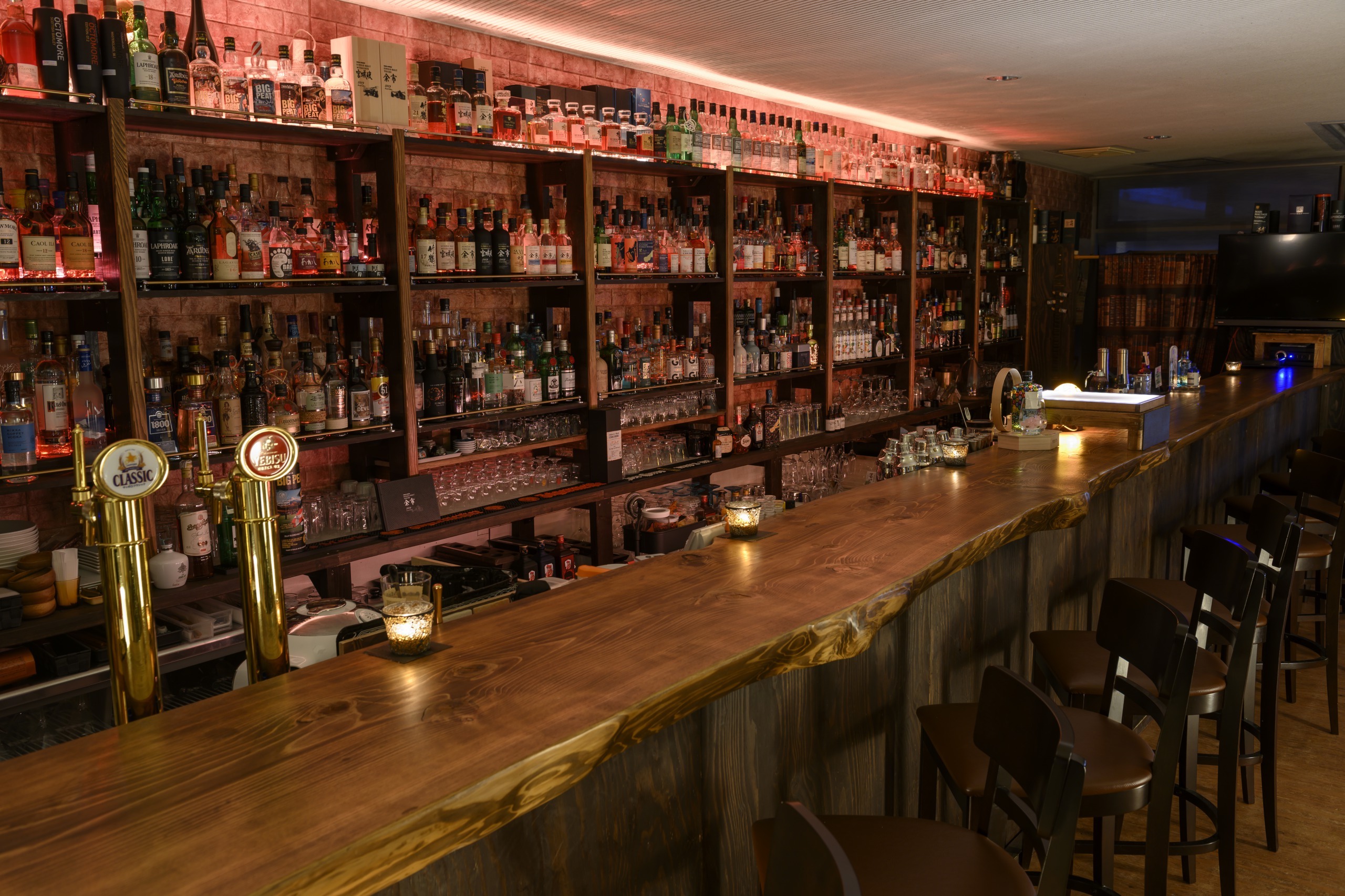 Some would argue that après-ski is the real reason holidaymakers hit the slopes each season—and given the lively vibes inside Toshiro’s on any given winter’s night, it would be difficult to disagree. Since launching in 2014, this snug sanctuary in Niseko Prince Hotel Hirafutei has blossomed into a firm post-piste favourite. Patrons are often warmly welcomed by the bar’s husband-and-wife team who serve up some of the village’s most creative cocktail concoctions alongside revered Japanese whiskies and local craft beers. With only 30 seats, early arrival is advised, especially during peak season, to snag a seat and drink to the day’s adventures. 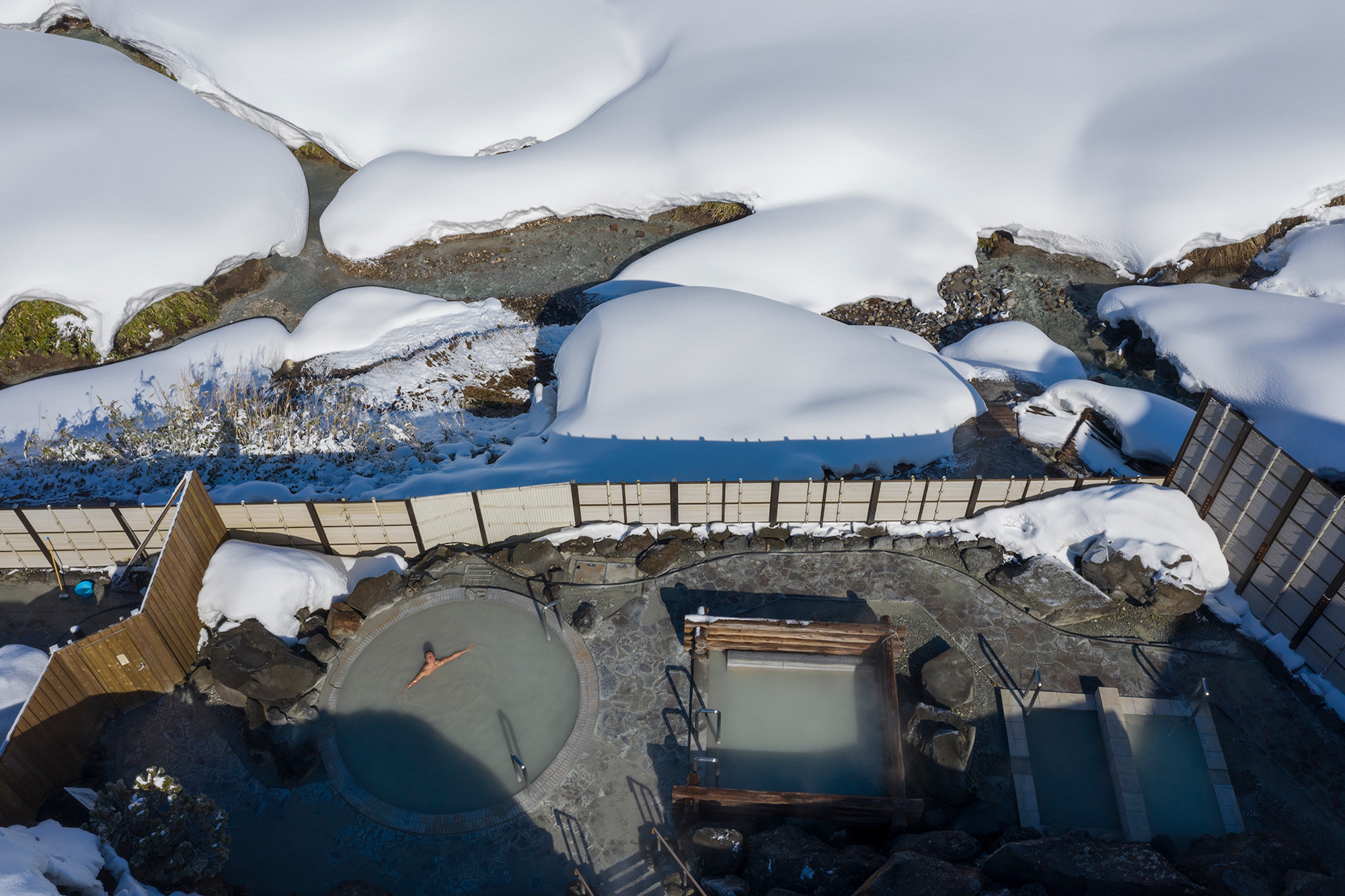 Hirafu is home to a smattering of small onsens, mainly located in hotels, but for an authentic affair, those in the know head 30 minutes out of town to Yukichichibu Onsen. It’s famed for its sulphur-rich spring, Hokkaido’s only volcanic mud pool in the female section, and relatively laidback attitude (translation: they serve beer). The panoramic views of Oyunuma thermal lake and Mount Chisenupuri that surround the 11-rotenburo onsen only add to the sense of seclusion and relaxation. The historical outdoor onsen, open since 1966, recently underwent an extensive refurbishment, adding contemporary components to this classic experience. 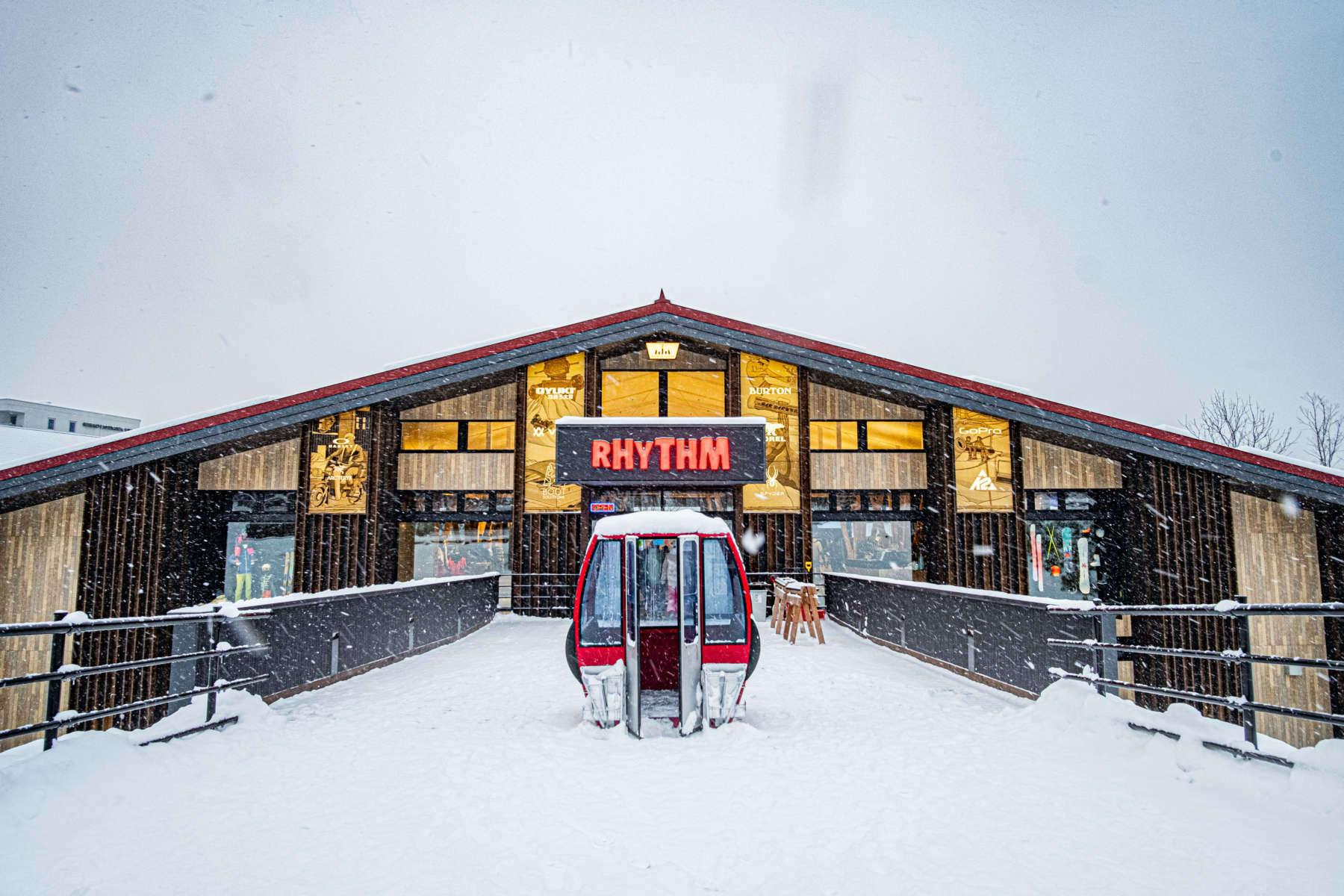 This recent addition to Hirafu’s retail mix is a one-stop destination for upscale ski apparel and community-centric activities. With more than 1,200 square metres of floor space, expect to find gear from the world’s most iconic winter sports brands for purchase and hire. It also houses an equipment tuning workshop and events space that frequently showcases local films, art exhibitions, and live music. The brand’s own award-winning caffeine fixes, meanwhile, are served up at Rhythm Beans Coffee on the ground floor, while the in-house bar is a great place to trade tales from the slopes. 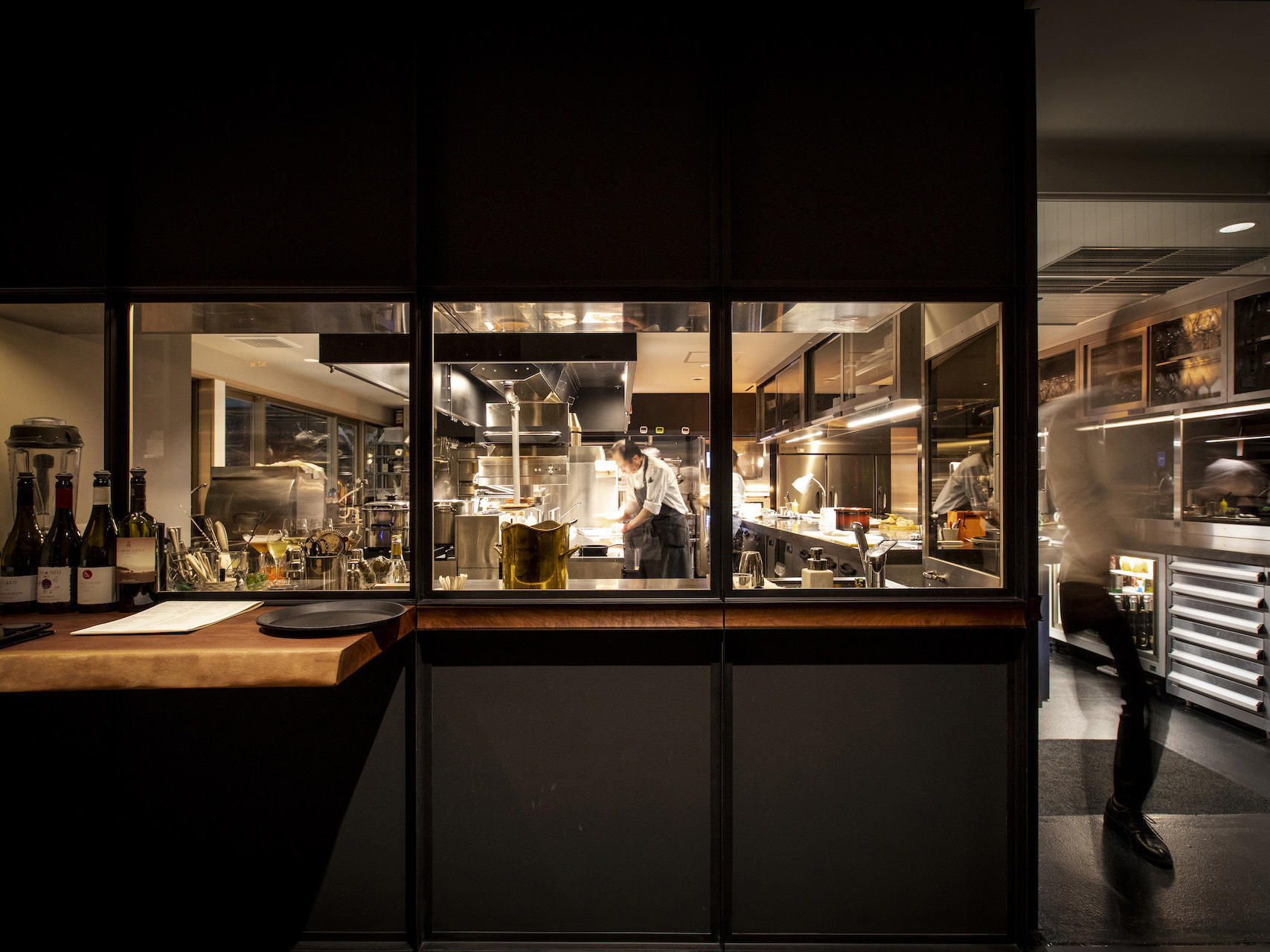 For a Hokkaido native who honed his craft in the kitchen of Sydney’s most celebrated Japanese restaurant, Tetsuya’s, Chef Kamimura raised a few eyebrows when he unveiled his French-inspired eatery in Hirafu more than a decade ago. Although Niseko’s only Michelin-starred restaurant is unashamedly Gallic, its dishes are a poignant celebration of the island’s finest produce and ingredients. Each stage of Kamimura’s nine-course degustation menu takes patrons on a Franco-flecked culinary journey through northern Japan’s diverse landscape, from Notsuke scallop sashimi to Kamimura’s innovative take on (Wagyu) steak-frites and roasted Yoichi apple served with Hokkaido ice cream. For a more casual affair, check out Kamimura’s latest creation, Kitchen.

This article originally appeared in Issue No. 162 of PropertyGuru Property Report Magazine