The year’s biggest, grandest real estate awards programme will honour the phenomenal developers and designers across the Asia Pacific region 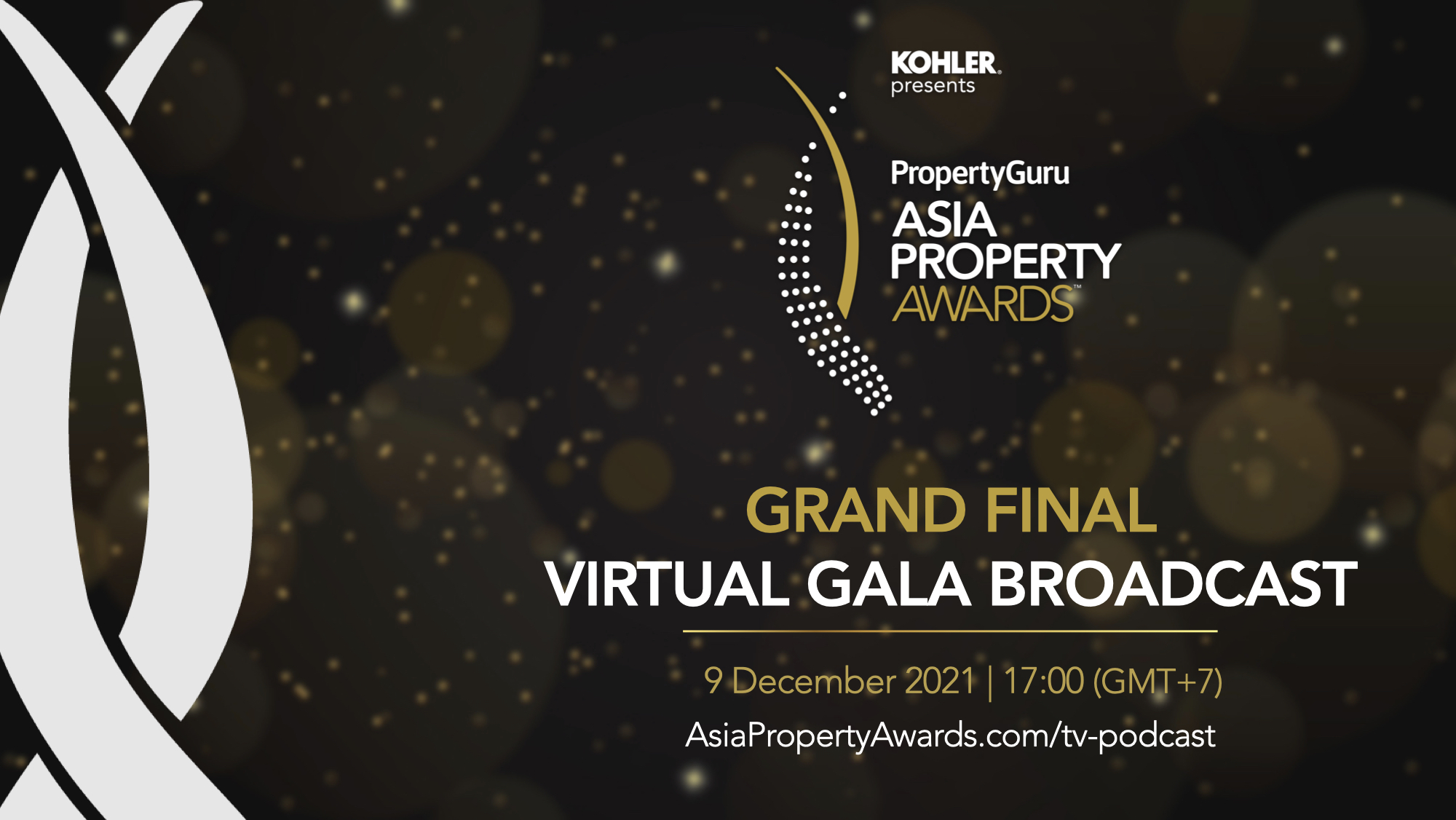 Throughout the past few months, leading developers and designers in Cambodia, the Chinese territories (Mainland China, Hong Kong, Macau), Indonesia, the Philippines, Malaysia, Singapore, Thailand, and Vietnam have proven to the independent judging panel their superiority in their respective countries, taking home 332 awards in the design, developer, development categories, as well as other special honours.

On Thursday, 9 December from 16:30 (GMT +7), we are granting the final country awards of the night for the real estate leaders in Australia, Greater Niseko (Japan), India, and Sri Lanka who have all been patiently waiting for their well-deserved honours and for their spot to compete in the culminating event.

These notables have dominated their countries and demonstrated to uphold the Gold Standard in real estate so on this highly anticipated night, the local award-winners will vie to be crowned as the Best in Asia Pacific.

The programme will be broadcasting across multiple platforms, namely asiapropertyawards.com/tv-podcast/, and our official Facebook and YouTube channels. In 2020, we organised our first series of virtual events across 11 markets and over half a million people across the globe watched as we presented the top real estate players. This year, we are proud to, once again, offer an innovative virtual platform for the region’s top developers and designers to showcase their spectacular work to a global audience, including potential consumers and investors.

From 17:00, the Grand Final will begin with a Virtual Red Carpet where we talk about the programme’s rich 16-year history and hear insights from our Grand Final Jury regarding this year’s candidates. Our platinum sponsor Kohler and our official supervisor HLB will also be sharing some words of encouragement to hype up our candidates.

As the night progresses, country winners of the design, development, and developer categories will compete once more, now against the best of the best. Winners and Highly Commended will be joining us via remote conference to accept their accolades. An interactive live chat feature will also be available on the official website where award-winning developers can network with potential consumers and stakeholders.

All parties involved during the production of the PropertyGuru Asia Property Awards Grand Final have complied with stringent safety standards established by the local government and the World Health Organisation.

Register to watch at asiapropertyawards-registration.com/

Cities within cities: Time for townships in Asia

Township developments that prioritise smaller, localised areas are increasingly seen as an answer to sustainability challenges

6 reasons why Bogor, Indonesia is an up-and-coming address

It began to cool in March with the recurrence of the COVID-19 outbreak, an expected fall in personal income, and stalled sales activities

Combined, the judges' specialities ensure that the most outstanding developers and designers are appraised with the highest of standards