The national heritage site, with its luxurious features, will be welcoming the country’s most premier developers 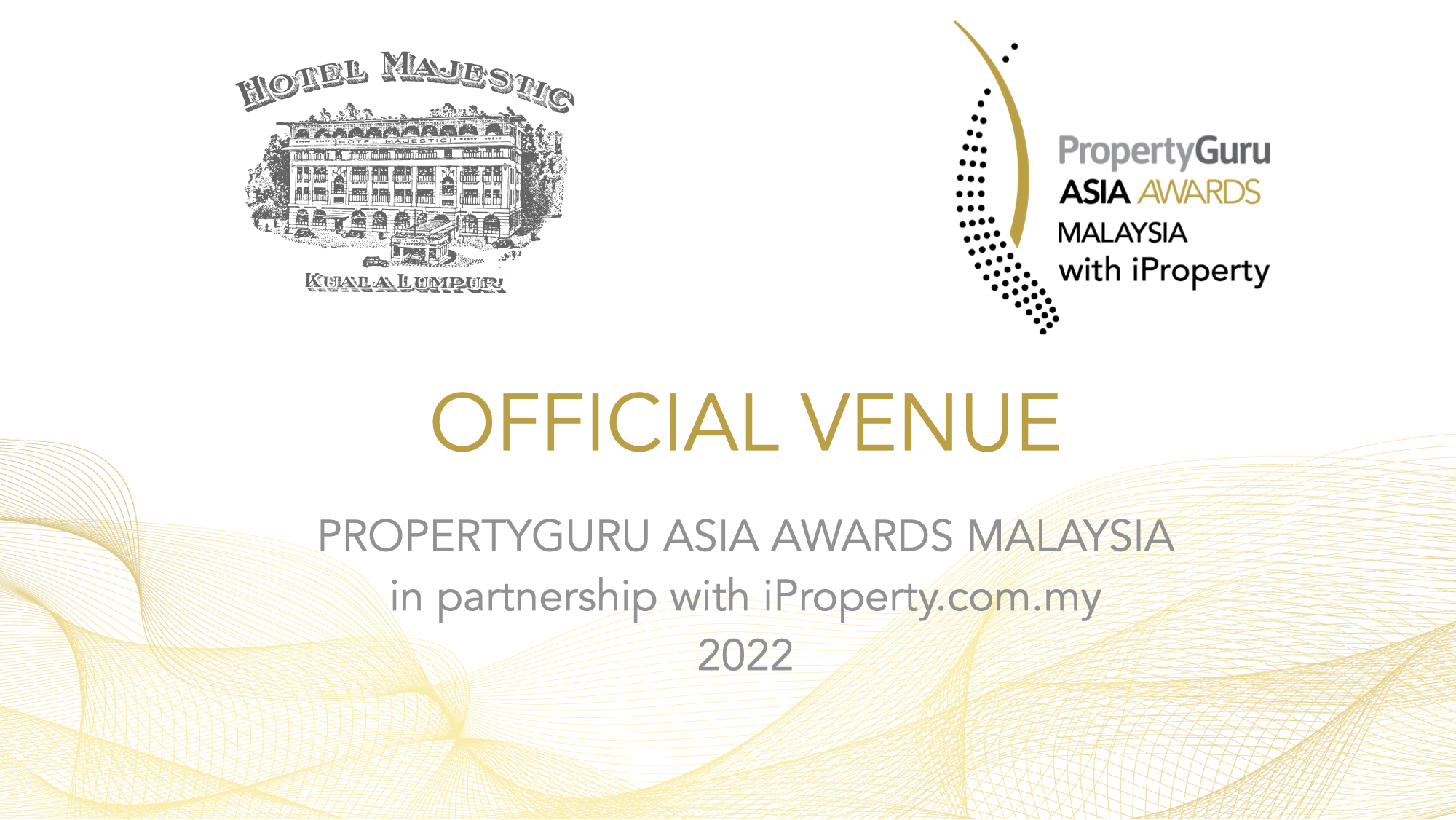 In the 9th edition of the PropertyGuru Asia Awards Malaysia in partnership with iproperty.com.my, it is with great pleasure that we host the finest in real estate at one of the most treasured buildings in the country, The Majestic Hotel Kuala Lumpur, Autograph Collection, the official venue for 2022.

The original Hotel Majestic, located within the confines of this renovated development, is listed as a national heritage site. This historic luxury hotel was first constructed in 1932 and was then considered a major landmark in Kuala Lumpur.

During that time, the hotel held government receptions, served as the residence of notable foreign visitors, and threw glamorous social events – as it does to this day with our annual glammed up programme.

Situated near the city centre, a few minutes away from KL Sentral, the hotel comes with 300 luxury rooms and suites, as well as a Majestic Wing that is home to its suites with Colonial Cafe, Orchid Conservatory, drawing room, and tea lounge.

As for the new 15-storey Tower Wing, it features deluxe rooms and suites, Contango Restaurant, 13 meeting rooms, a gymnasium, a swimming pool, and a pillarless ballroom seating 1,200 people – the venue for this year’s event.

Launched in 2005, the PropertyGuru Asia Property Awards has an unparalleled reputation for being credible, fair, and transparent, with an independent panel of judges and trusted awards supervisor. The programme hosts several annual gala dinners in physical and virtual formats, welcoming hundreds of C-level executives, senior industry figures, and property seekers from around the region.

Widely recognised as a professionally-run international awards series, the 17-year-old programme continues to set the gold standard for achievement and success in the Asia Pacific real estate sector.