His firm PTI Architects may be behind some of Indonesia’s most striking designs, but Doddy Tjahjadi is mindful of prioritising substance as well as style 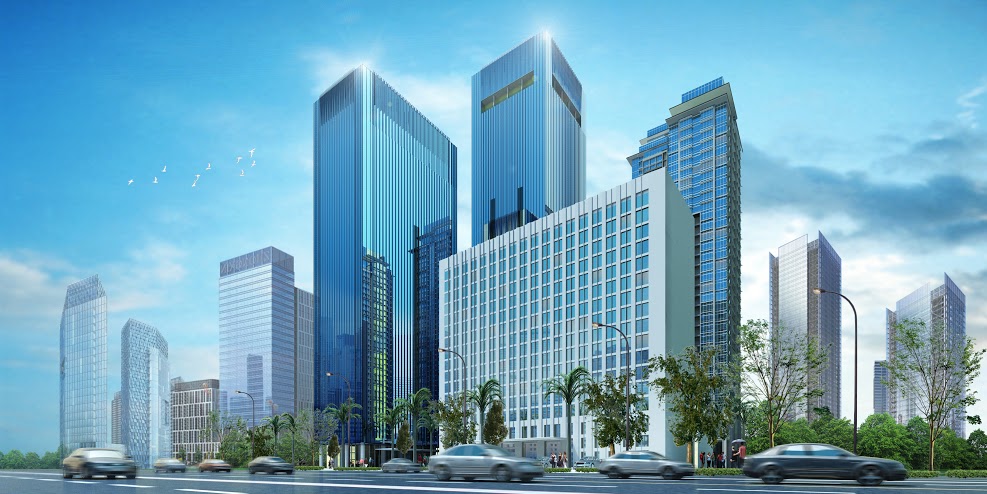 Over the past two decades, Indonesia has been in the midst of a building boom, as international businesses and tourists flock to the archipelago. The ever-popular island of Bali continues to welcome a succession of lavish resorts, each vying to somehow top its predecessors. Meanwhile, once-gritty Jakarta is increasingly becoming a regional commercial hub, with a skyline to match.

Behind many of the nation’s most ambitious developments lies PTI Architects, established in 1991 as a local member of the Peddle Thorp International Group. Although the firm’s reach is certainly global, its imprint is most clearly visible across its home nation, where it has been responsible for everything from schools and hospitals to towering office blocks and five-star resorts. Doddy Tjahjadi, managing director of PTI Architects, has personally witnessed the lasting impact that architecture and design can have on a rapidly developing economic powerhouse.

“Part of what drew me to architecture even when I was in high school was the fact that it’s a field that affects so many people,” Tjahjadi says. “Architecture is the epitome of many cultures throughout human history. If you look back at the legacies left by the ancient Romans, Greeks and Egyptians, much of what we remember them by are the buildings they left behind.”

he opportunity to create something of lasting cultural value appealed to him, as well as the opportunity to help shape urban spaces in a positive manner. Subtle changes in urban planning can fundamentally alter the societies that they serve.

“As our firm has grown, we have developed a deeper appreciation for the factors involved in our practice,” Tjahjadi says. “We have to incorporate social changes into architecture. We have to bring social values into urban planning, by making a concerted effort not to separate the rich from the poor. The more involved you are, the more the level of personal interest arises.”

Architecture is the epitome of many cultures throughout human history. If you look back at the legacies left by the ancient Romans, Greeks and Egyptians, much of what we remember them by are the buildings they left behind

For many prominent architects, that interest manifests in the form of bombastic, unmistakable styles. Soaring starchitecture often feels like an attempt to stamp one’s personal brand on a city in glass, concrete and steel. Tjahjadi sees nothing wrong with creating striking buildings but tends toward a more modest approach.

“Style comes second to usability,” Tjahjadi says. “We can’t just cater to our egos as architects. At the end of the day, we understand that our clients want something aesthetically pleasing and lasting, but at an economical budget. Our work has to provide a good return on investment both for the clients and for society at large.”

PTI Architects’ pragmatism and versatility is part of why the firm has earned such a varied range of commissions over the years. While the Six Senses Uluwatu in Bali and the DoubleTree by Hilton Vientiane are both visually impressive, one would never assume at first glance that the two designs stem from the same firm. Instead, both designs feel especially suited to their specific environments.

“Our Balinese resorts, for instance, adapt many elements of local Balinese design, while a hotel in Laos incorporates many elements of Laotian culture and history,” Tjahjadi says. “Function is the most important of the design process. Of course, there are a lot of things following that, like form, but I think the building needs to suit the purpose for which it is designed.”

Nowadays, much of the consideration of function revolves around a building’s carbon footprint and overall environmental impact. For Tjahjadi, incorporating green building strategies such as passive ventilation and upcycled materials is a no-brainer, both from a moral and a financial perspective.

“I believe that we have a responsibility to maintain our environment and to make each building as green as possible,” Tjahjadi says. “Over the course of the lifespan of a building, incorporating green design will offer a great many benefits to everyone—the society, the country, and the world. Right now, I think every architect should be taking a green approach. What differentiates firms from one another is how far they are willing to go with it.”

When it comes to luxury hospitality in Southeast Asia, many of the leading brands are willing to push the envelope as far as possible. According to Tjahjadi, many of the hotels and resorts the firm has designed throughout the region are certified LEED Gold or Platinum.

“All these things will affect the cost of running the building. Hoteliers understand that impacts the final revenue because it’s less costly to run and, in the end, offers a better value for money,” he says. “Both Six Senses and Banyan Tree really gravitate towards using green materials, construction methods, and design.”

With its emphasis on corporate responsibility and sustainability, PTI Architects is leading the way for the generation building Indonesia’s future. 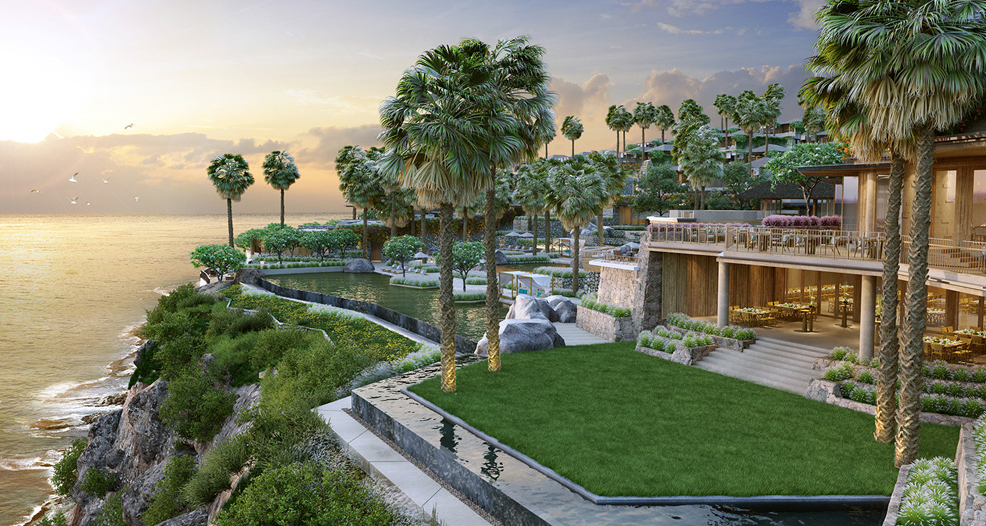 “Six Senses really bring their love of sustainability to each project,” Tjahjadi says. In the case of this resort with 75 stunning clifftop villas, as well as 28 sky suites and penthouses, almost all of the materials are local and renewable, and all of the potable water is reused and purified onsite. “Cross-ventilation is built into all of the villas, each of which has an ocean view. This allows guests to feel comfortable with or without the use of air-conditioning.” PTI Architects looks forward to continuing to work with Six Senses. “We’ve learned a lot by working with these leaders in sustainability, because they constantly ask if every detail is green enough.” 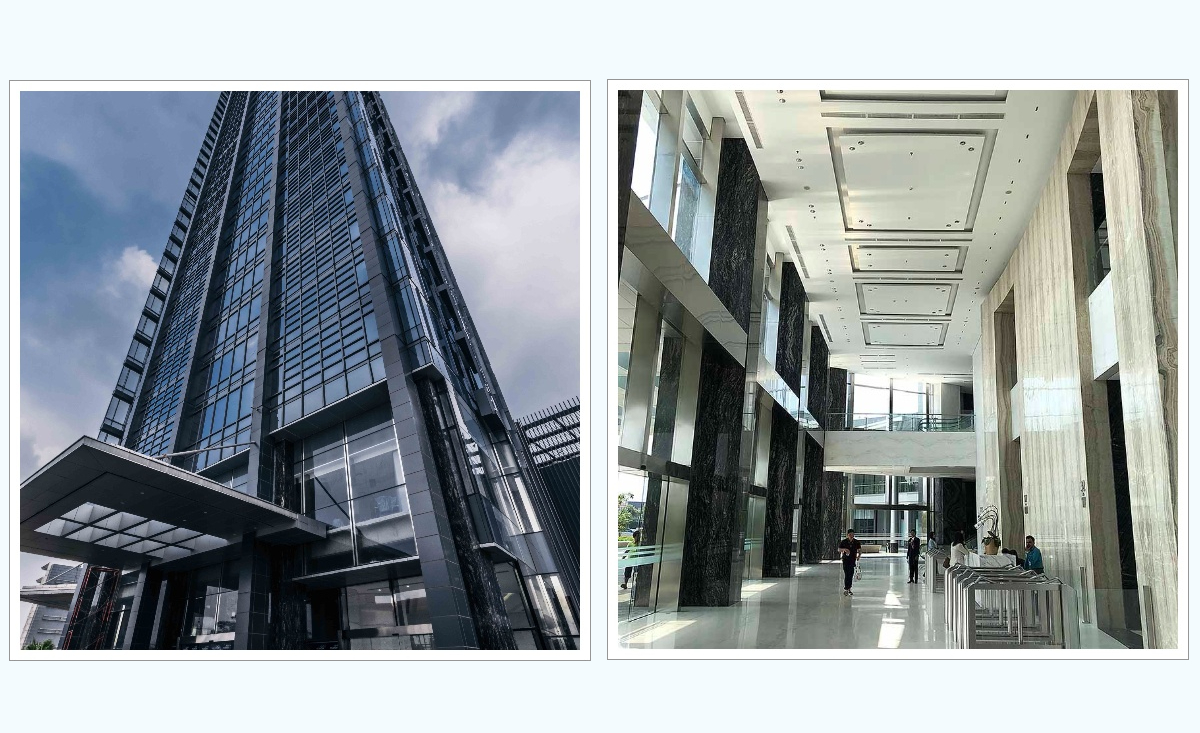 What sets this award-winning, ultra-modern office tower in Jakarta apart is the double-layered glass that wraps the facade. In a tropical climate, a traditional glass-encased office block acts like a greenhouse, requiring enormous amounts of fossil fuels to maintain a bearable internal temperature. This innovative design, however, allows for lots of light with far less heat. “That means when the sunlight hits the building, the heat is largely trapped between the two layers of glass, so you don’t feel it with such intensity,” Tjahjadi says. “It also allows fewer UV rays into your internal space. Even on a hot day outside, it’s much cooler inside. Also, there can be a lot of noise outside, but you don’t really hear it inside.” 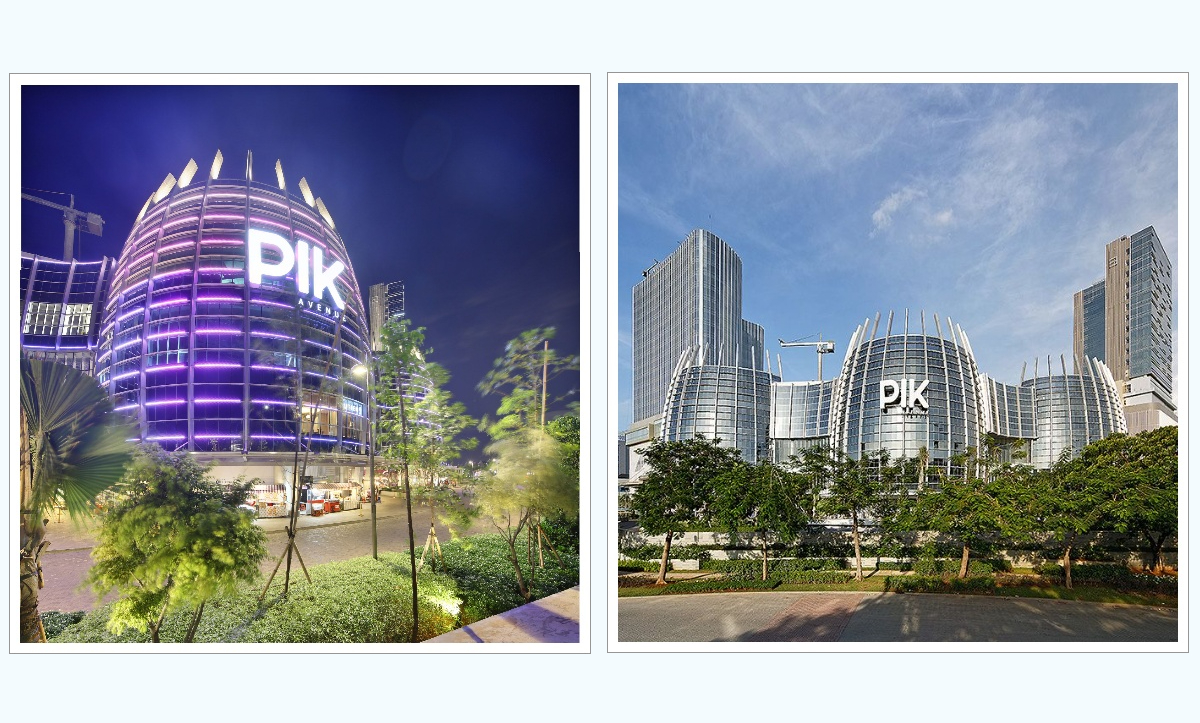 This multi-use development, which now hosts two major international hotel brands and a shopping centre, is a prime example of how essential details can be. When PTI Architects arrived, the initial plans had already been laid. Unfortunately, they included a number of decidedly inefficient decisions. “Many of the main facilities were initially designed facing west, which is something you try to avoid in a tropical country, because it means that the buildings get a lot of additional heat from sunlight,” Tjahjadi says. “The client asked us to look into solutions and after that, they threw all of the design out and we had to start from scratch. All that work paid off, though, because it’s become one of the famous retail projects in Jakarta.” 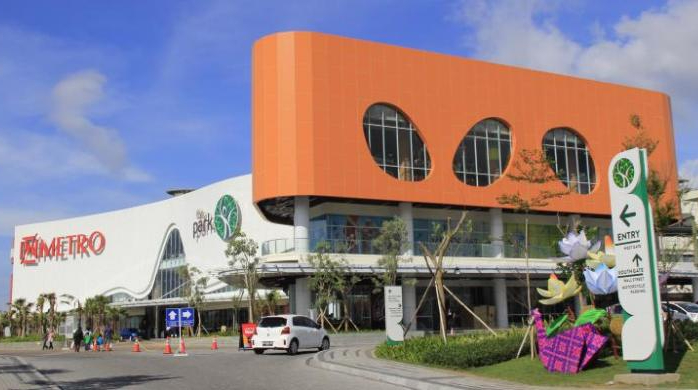 While western nations have long enjoyed leisurely outdoor shopping areas, the concept of hosting retail space out of a climate-controlled environment is relatively novel across Southeast Asia. “Previously, most of the malls in Asia and Indonesia are really indoors, because outdoor is so hot,” Tjahjadi says. “This is designed in such a way that there is a natural flow of air and ample shade, which means that the entire mall is not dependent on air-conditioning. The most important element is that you must have cross-ventilation in the outdoor areas. Because we’re living in a tropical climate which is very humid, the natural breeze helps maintain a comfortable space.”

“When it comes to villa design, Banyan Tree, for me, is the guru. They really have a sense of how to get that ‘wow effect’ when it comes to villas,” Tjahjadi says of this plush five-star with villas overlooking a sheer cliff. “They know this because they are one of the leading hotel brands and they have feedback from customers all over the world. Banyan Tree was designed 10 years before Six Senses Uluwatu and it’s interesting to see how the trends have shifted in Bali in luxury tourism over that time. Design is changing and our understanding of luxury is changing. Items like mobile phones were luxury items 15 years ago. Now they’re in everyone’s pockets. It’s the same with hotels.” 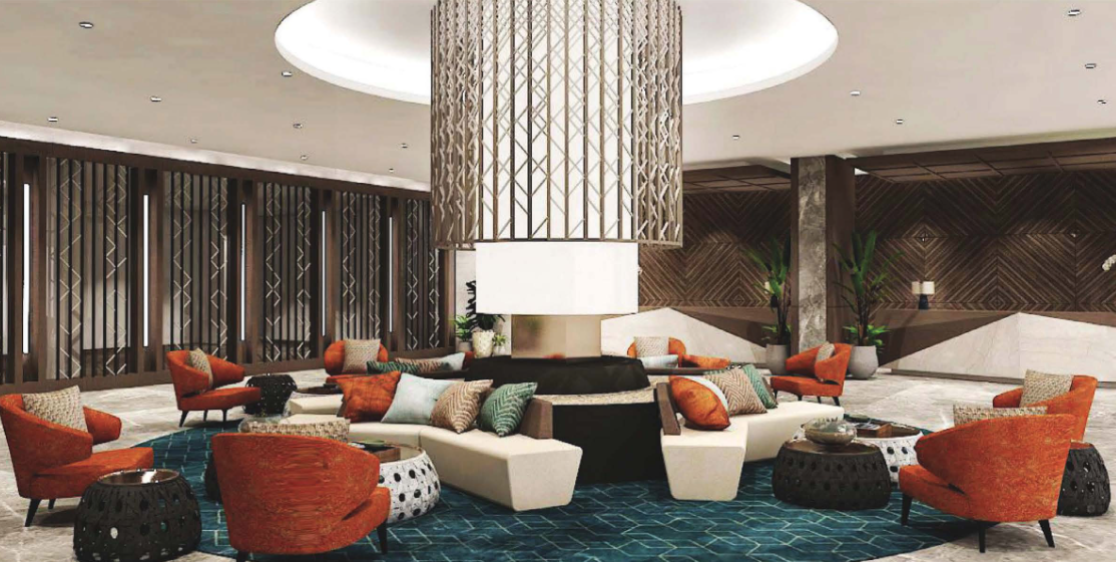 Located on the site of a former news agency in the Laotian capital, this boutique hotel is steeped in history. Rather than opt for a generic, modern aesthetic, Tjahjadi wanted to highlight the space’s distinctive past and imbue it with a sense of place. “The interiors reflect a lot about Lao tradition and culture,” Tjahjadi says. “That’s why we integrated a lot of the history of the news agency and the old printing machines into the hotel. We are both the architects and the interior designers. It will become one of the most modern hotels in the country, but if you step inside it, you know that you are in Laos.”

This article originally appeared in Issue No. 162 of PropertyGuru Property Report Magazine