In a historic move, the Abu Dhabi government is allowing foreign buyers to buy land in 30 designated areas around the emirate, Bloomberg is reporting.

The loosening of foreign ownership restrictions will mitigate the housing market downturn in the emirate, which has been driven by slumping oil prices and a weak dirham relative to a strong US dollar, to which it is pegged.

Foreign owners of such plots will be able to mortgage, sell, and inherit it, clarified Falah Al Ahbabi, director general of the Abu Dhabi’s Department of Urban Planning and Municipalities, in a press statement.

The move marks a departure from the emirate’s earlier policy restricting foreign land seekers to a 99-year lease of the land.

More: A tenth of all Dubai homes will have solar panels this year

Granted, Abu Dhabi had long permitted citizens of other Gulf Cooperation Council countries to purchase land in the emirate. Neighbouring Dubai has also enabled foreigners to buy land since 2002.

While the change is a positive step, it’s unlikely to have significant impact on demand immediately, Craig Plumb, head of Middle East research at Jones Lang LaSalle, told Bloomberg.

On the other hand, the measure could give a boost to sales in the emirate, by at least 40 percent year-on-year, predicted Talal Al Dhiyebi, CEO of developer Aldar Properties. 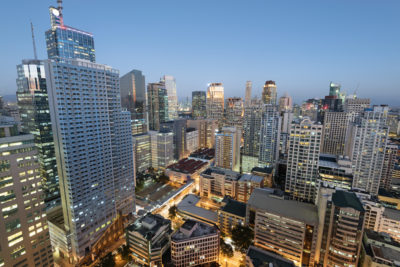 The Philippines sees hyperscalers as the next economic growth driver