In 1999, Steve Jobs met with Tim Kobe, head of Eight Inc. to find out if he was the right man to help design the future of retail. Already a legend within the tech space, but still a long way from the industry titan he would become, Jobs knew that he wanted Apple stores to stand out as much as the products they sold. Never one to mince words, he initially expressed scepticism that Eight Inc. was the right firm for the job.

Jobs paused. His face was inscrutable. Then he stood up, shook Kobe’s hand, and left. The following morning, Eight Inc. got the memo: They were to start working on Apple’s retail program right away.

“It was because it wasn’t a stylistic expression of us. We knew that our work for Apple had to align with Apple as a company,” Kobe says. “One of the elements at the heart of Apple is that technology should be something you could connect with and use. That’s why Steve was loved and hated. He wanted to democratise technology. So if you’re looking to democratise technology, your stores should reflect that.”

Other computer stores were often poorly lit and crammed with so many electronics that navigating them felt overwhelming. Much like the computing technology of the time, they felt convoluted. To embody Jobs’ philosophy of making technology intuitive and accessible to all, the stores needed to fly in the face of all standard retail conventions at the time.

“Old-school retail is you ‘stack it high, you watch it fly’,” Kobe says. “Steve kept saying ‘I want more space’. So we made it more open and accessible. That’s the reason the Genius bar works—the spaces are generous and align with those values.

“There are no extraneous components in Apple’s design and there shouldn’t be any in its stores.”

That sleek, minimalist approach that ditched the aisle packed with inventory in favour of high ceilings, ample natural light, and clean, white surfaces, would become the gold standard in tech retail design. It helped brand Apple as different, aspirational, and, critically, obsessed with brilliant design.

Since designing Apple’s inaugural store, Eight Inc. has lent its flair for innovation to tech-savvy companies all over the world. Located in the Bay Area near Silicon Valley, the firm has developed a reputation for visionary thinking. For Kobe, it’s simple: Design, just like tech, should start by addressing what people need.

Old-school retail is you ‘stack it high, you watch it fly.’ Steve kept saying ‘I want more space’. So we made it more open and accessible. There are no extraneous components in Apple’s design and there shouldn’t be any in its stores

“We started to evolve an approach which was all about a common thread,” Kobe says. “Good design should address human outcome. It evolved in terms of just more refined understanding.”

Whether he’s working on a showcase for electric cars or the headquarters of another tech giant, Kobe always returns to this core philosophy. Architecture firms with flashy signature styles may excel at marketing their services. But Kobe believes this approach eschews purpose in favour of flash—much like some of Silicon Valley’s current power-players neglect the needs of the user in favour of raising their public profile.

“I think what Steve and those other guys who he admired all came from a perspective that the worth of technology was in how it served people,” Kobe says. “The way he knew to create value was to create things that people valued. You can create the next interesting gizmo, but it doesn’t matter if you don’t answer why, it’s useful.”

He hopes to never lose sight of that, especially as he helps design the structures that will help shape society for years to come. “If we believe that all good design serves a purpose, we have to understand what that purpose is.” 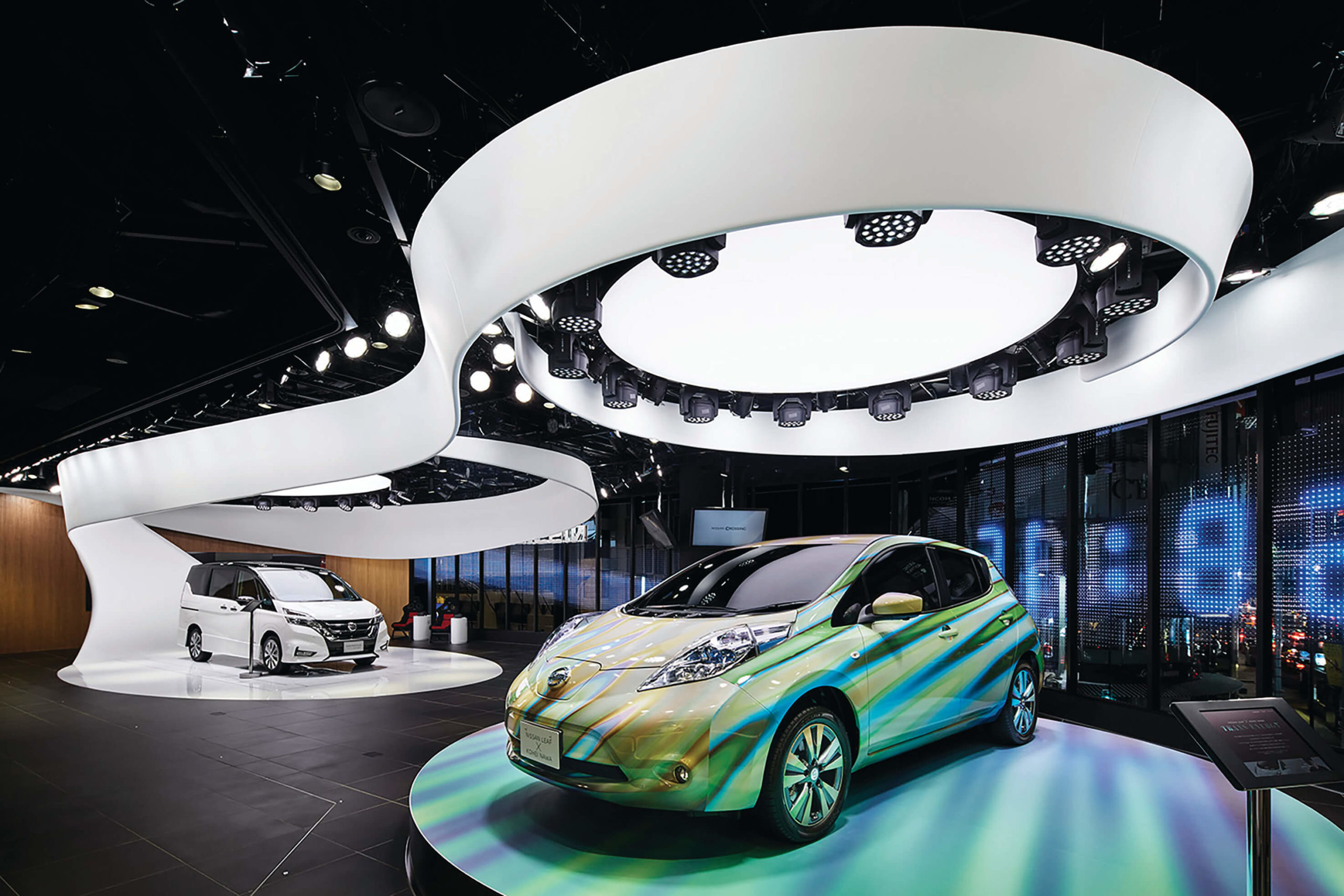 “Up until we came in, Nissan had been able to attract 30,000 visitors a month to their showroom,” Kobe says. The company hoped to increase that number by 10,000 a month in its sleek Ginza showcase. “We said if we’re going to attract more people, we’re going to have to put more things that people are interested in. People want to know about the big things that impact us all.” Instead of simply designing a car lot, they focused on sustainable, cutting-edge technology. “We knew it would be more interesting than a car lot.” They brought in 250,000 visitors a month for the first year. “The results were ridiculous foot traffic and increased sales in the dealerships. The results were off the charts and that’s because you’re thinking about the human outcomes.” 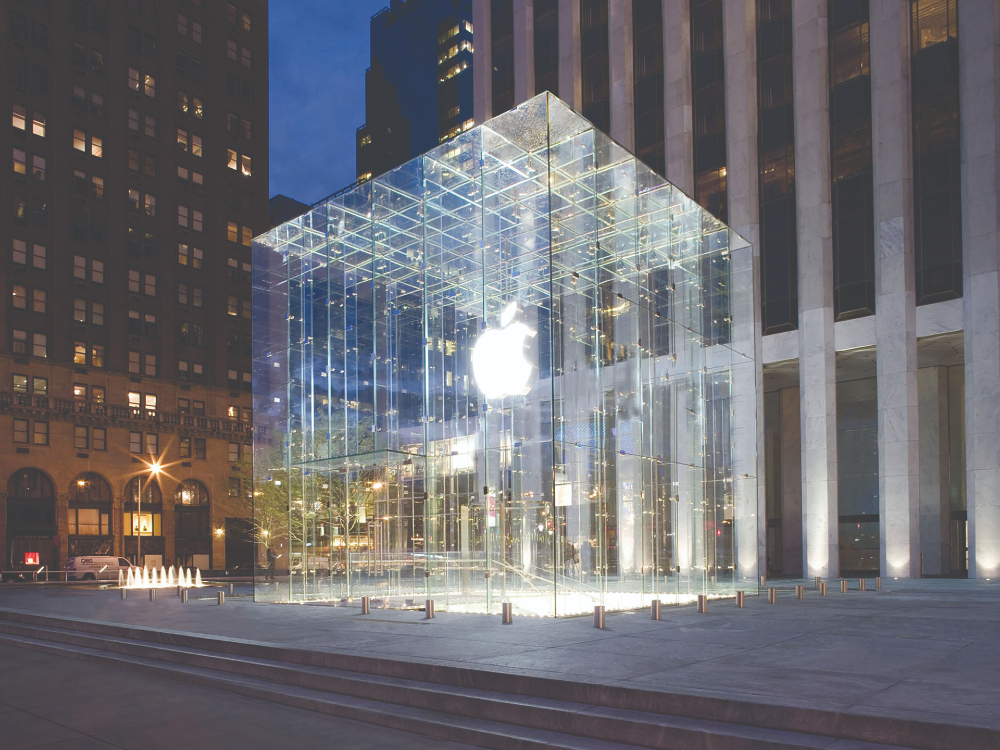 “A big part of what you do in retail is focused on transactions. With Apple, it’s all about the relationship,” Kobe says. In other words, even though the Genius bar sells a luxury product, it needed to feel like more than an exchange of capital for goods. “If you look at the space, it’s designed to make people feel comfortable like they can stay and ask questions and get information that they wouldn’t necessarily get at a place just focused on selling a piece of hardware at a certain price.” Naturally, many tech companies have approached Kobe asking for him to make them another Apple store, which is missing the point: The Apple store works so well because it’s unique to the client. 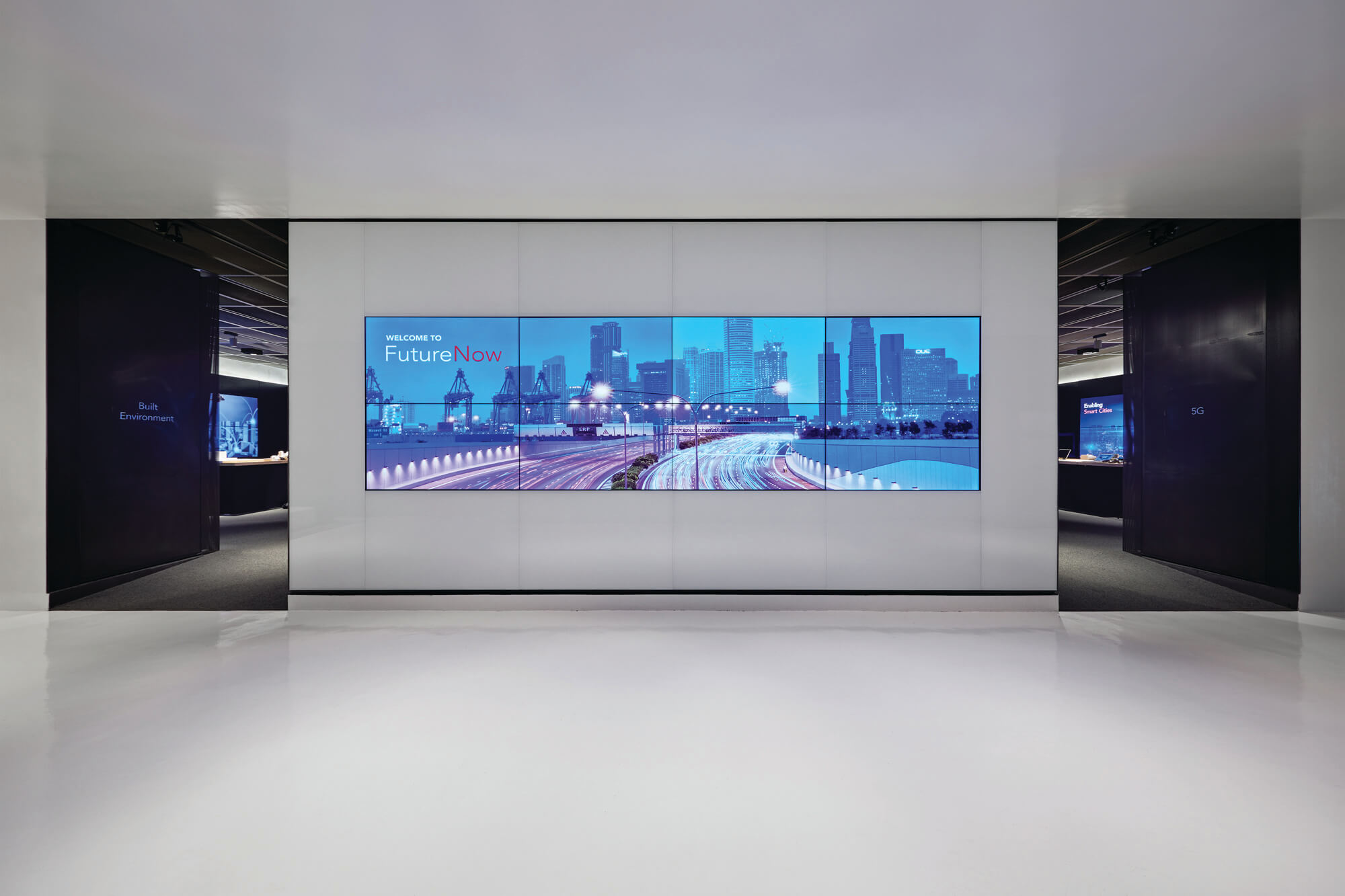 At the cutting-edge of tech in the Lion City is Singtel’s digital hub, which aims to bring companies into the 21st century and beyond. Since all the client’s customers are B2B accounts worth USD1 million and up, it needed to be incredibly sleek. The company is selling much more than cyber security—they’re selling a tech-forward outlook, which needed to be reflected in the space. “It’s a centre focused on what they’re doing from an innovation standpoint, but they had no place to tell that story,” Kobe says. “The Singtel FutureNow Innovation Centre is where they can host large groups and walk them through these narratives.” 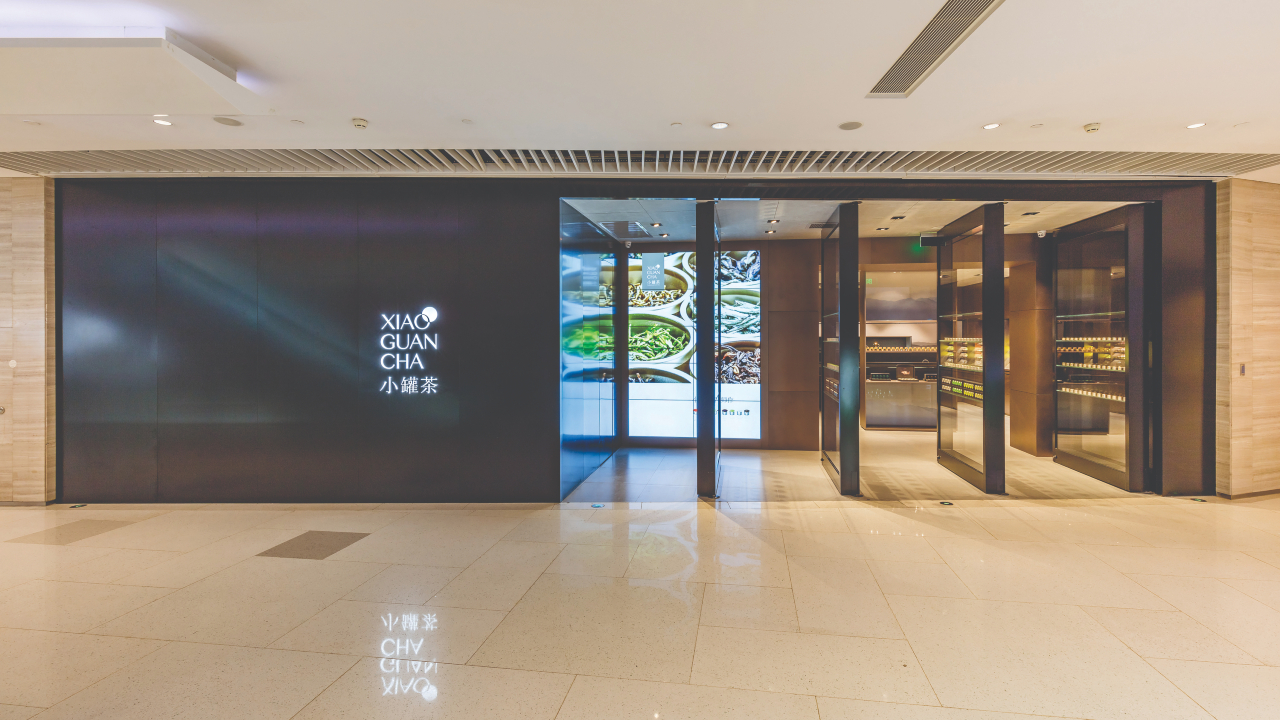 This luxury Chinese tea brand tapped Eight Inc. to bring its flair for innovation to its flagship store. While tea is hardly a novel product in China, the company wanted to expand its existing customer base and reach a younger, more dynamic audience. To do that, Kobe envisioned elevated interiors using striking materials like dark walnut trim, polished concrete, chrome surfaces, and cladded bronze walls, along with interactive LED screens. The result feels distinctly modern, different, and more in line with an upscale whisky distillery’s showroom. In keeping with a philosophy of engaging end-users, customers can select their tea via a personalised tea ceremony at the bar. 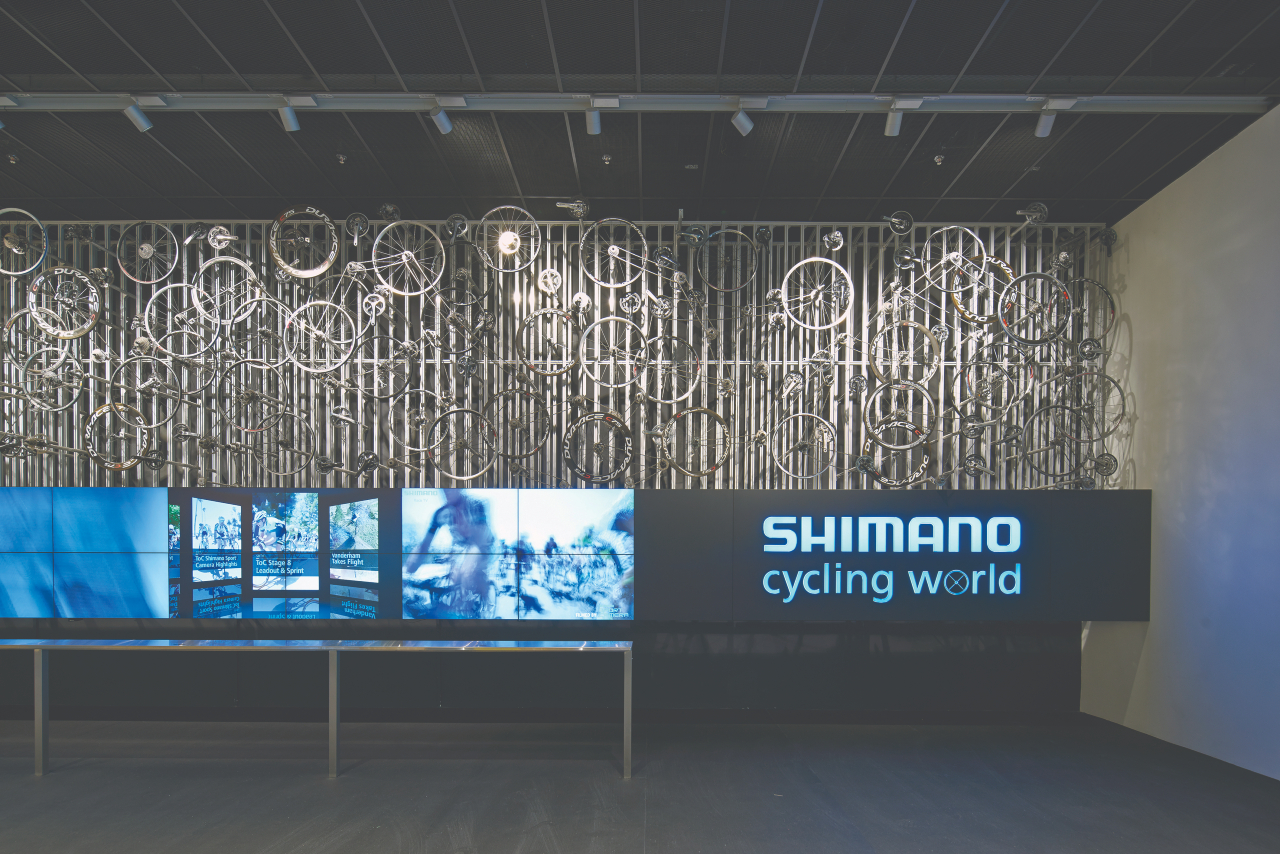 This cycling company had an unusual challenge. It already controlled much of the market—and much of what was sold in smaller stores—that it would be a mistake to drive other cycling shops out of business. “They make something like 72% of all the cycling parts in the world. So they didn’t want a place where they were competing with all of the mom and pop bicycle shops buying their products anyway,” Kobe says. Instead, they needed to expand the market entirely. “They wanted to lift the total number of cyclists in Singapore. The idea was to build this clubhouse. It’s a way for the community to engage around cycling in a way that doesn’t just make it a lone kind of act.” 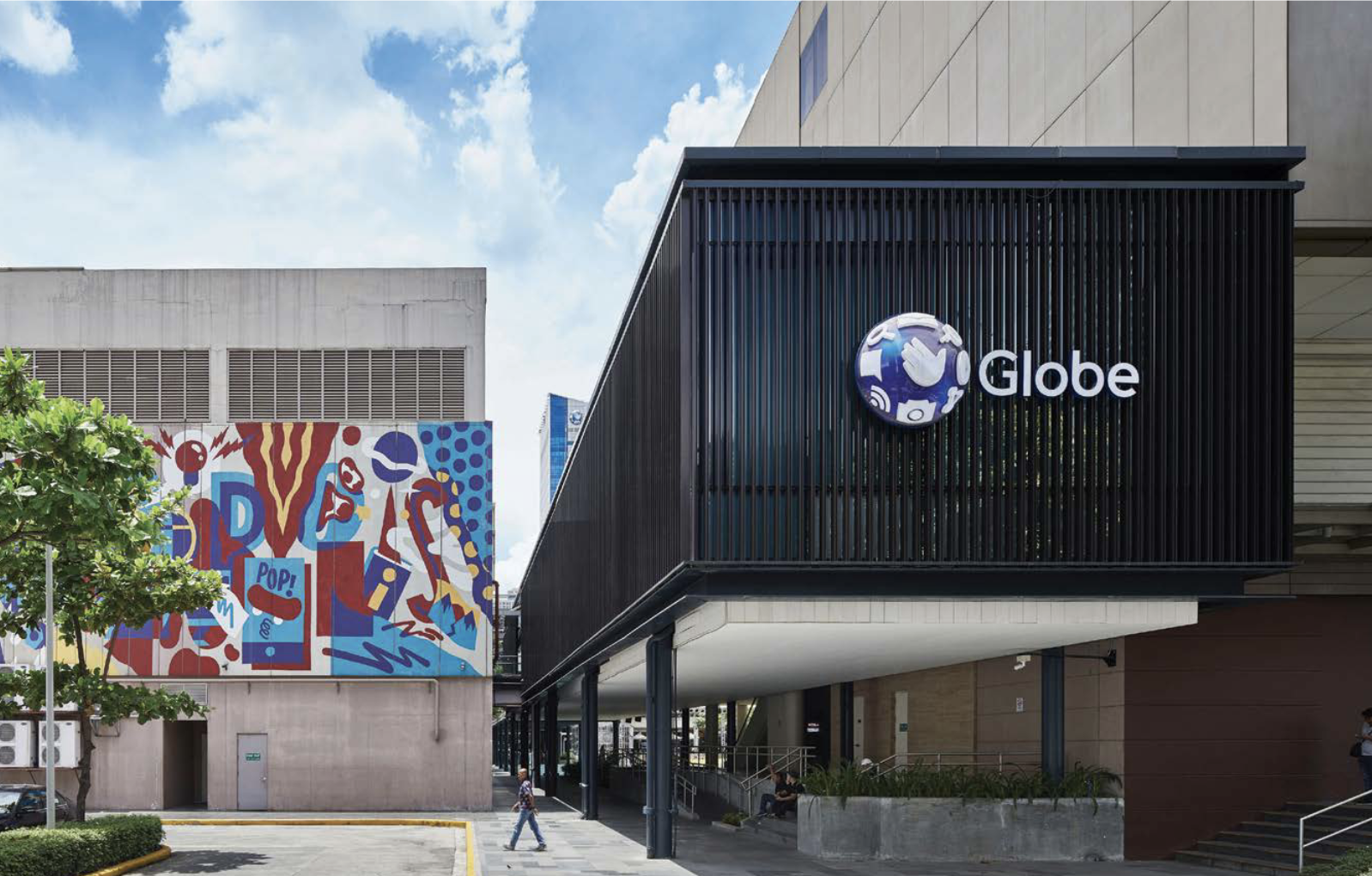 Philippine telecommunications giant Globe wanted to create a flagship for their refreshed brand in Metro Manila. The resulting ‘Globe Live’ is situated on the Bonifacio High Street greenbelt which runs through the Bonifacio Global City area. It offers open space and public plazas within Manila’s concrete jungle. The transformable structure leverages the greenbelt and outdoor ampitheatre to develop a comprehensive retail and event space. It is defined by a 36-metre glass bridge which transforms into a floating stage. This platform provides the brand with the opportunity to directly interact with the public through live music, performance, screenings and events.