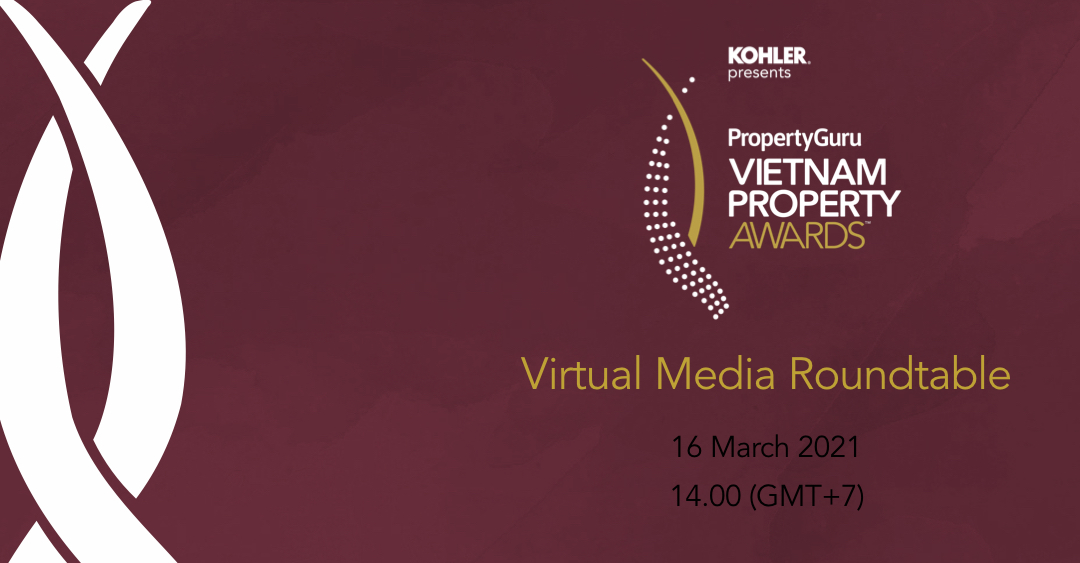 Vietnam’s most exclusive and prestigious real estate awards programme is officially underway with the call for nominations and entries for the 7th Annual PropertyGuru Vietnam Property Awards, presented in 2021 by platinum sponsor Kohler and gold sponsor Hafele.

The rapidly industrialising nation’s most exemplary developers and projects are called on to showcase their latest projects, achievements and innovations by joining the the 7th PropertyGuru Vietnam Property Awards. The widely respected and trusted regional platform is celebrated for upholding the industry’s “Gold Standard”.

The country’s winning and Highly Commended developers and projects will be named on Friday, 8 October 2021, in an exclusive black-tie gala dinner and awards presentation in Ho Chi Minh City. The gala event will strictly follow health and safety protocols as recommended by local authorities.

Nominations from the public and official entries from eligible companies and projects are currently being accepted here: AsiaPropertyAwards.com/nominations

The 7th PropertyGuru Vietnam Property Awards gala night will premiere simultaneously on the same day on AsiaPropertyAwards.com/tv-podcast and the official channels on Facebook, LinkedIn, Twitter and YouTube. In 2020, the PropertyGuru Asia Property Awards online gala series, the first of its kind in the Asia-Pacific region, was viewed more than 516,000 times and reached viewers and property investors in more than 75 countries worldwide. This year, highlights of the Vietnam gala event will air on the History Channel, the official cable TV partner of the PropertyGuru Asia Property Awards, reaching even more international audiences.

Kien A Corporation and Gamuda Land Vietnam participated in the virtual media launch of the 2021 PropertyGuru Vietnam Property Awards on 16 March. Executives of the companies, which have gained multiple top accolades at the PropertyGuru Vietnam Property Awards over the years, joined remotely via Zoom to speak about the positive impact of winning. They included James Lai, head of business development of Gamuda Land Vietnam, and Huynh Thuy Phuong, deputy general director and board member of Kien A Corporation.

The virtual media launch also touched on the programme’s resilience amid Covid-19 restrictions as well as the protocols it has observed to ensure compliance with prevailing health and safety standards in Vietnam.

Paul Ashburn, ASPAC Leader of HLB Real Estate Group, spoke on behalf of HLB, the official supervisor of the Awards, to highlight the credibility, fairness and transparency of the PropertyGuru Vietnam Property Awards.

Batdongsan.com.vn, the leading property portal in Vietnam, provided attendees of the virtual media launch with the latest update on Vietnam real estate, including informative insights into market sentiment amid recovery efforts during the Covid-19 pandemic as well as the most promising locations and asset segments in the country. The virtual media launch also offered a review and outlook of the market from the viewpoint of previous Best Developer award winners Gamuda Land Vietnam and Kien A Corporation.