Once notorious, the venerable area of Toa Payoh is forging a new reputation for forward-thinking design allied to world-class amenities and a strategic location, thanks to Bidadari — one of Singapore’s most anticipated housing estates

Right in the centre of Singapore, Toa Payoh—the country’s second-oldest satellite town, whose construction began before independence in 1964—encompasses a wide area, dense population, and colourful history. Indeed, the neighbourhood has seen some gritty incarnations as a hub for much of the country’s vice. Nowadays, a more salubrious scene prevails with one of the city-state’s most sought-after new housing estates creating huge demand. Offering 10,000 residential units, Bidadari (“fairy” in Malay)—which namechecks the Danish wife of the Sultan of Johor who resided here in the late 1800s—has been in development since 2013, and is attracting favourable comparisons to nearby Bishan, a hotbed of forward-thinking design (including Moshe Safdie’s Sky Habitat) and high-quality amenities. 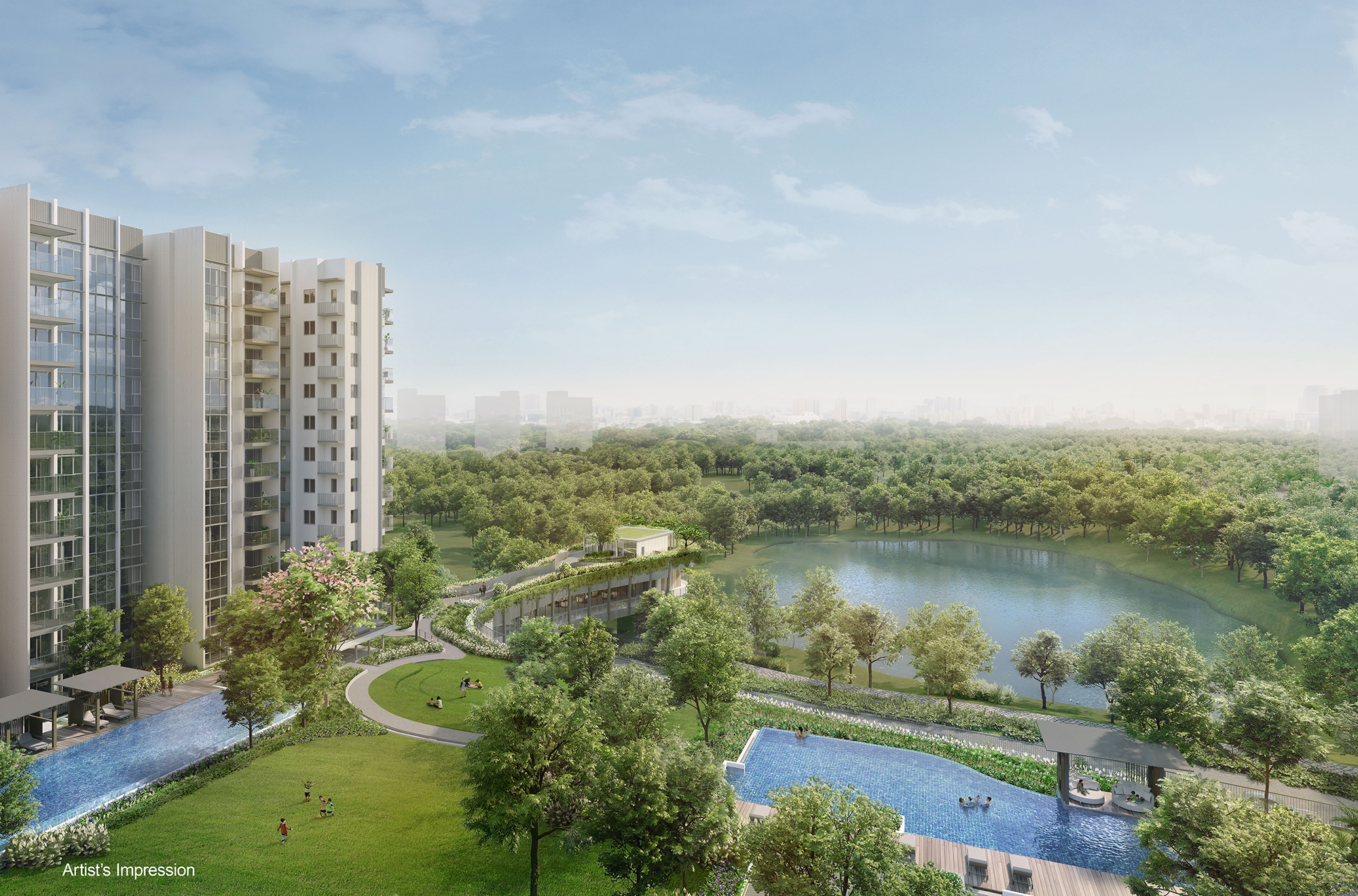 Due to open in 2023, the Woodleigh integrated development’s impressive credentials have led to half its 667 units being snapped up in advance. The warm-toned condo’s U-shaped configuration wraps around a central space whose landscaping forms an attractive outlook for residents, extending as far as the in-progress green lung Bidadari Park. The angled blocks towards the front of the development are constructed to work in sympathy with local infrastructure—the busy Upper Serangoon Road—in a good example of how space is maximised in a dense urban centre like Singapore. Walls within units can be removed to create space; kitchen and bathroom units feature subtly built storage; and balconies enhance the feeling of openness in harmony with the surrounding nature. Outside, a Japanese onsen-style pool is designed to foster a sense of community among residents. 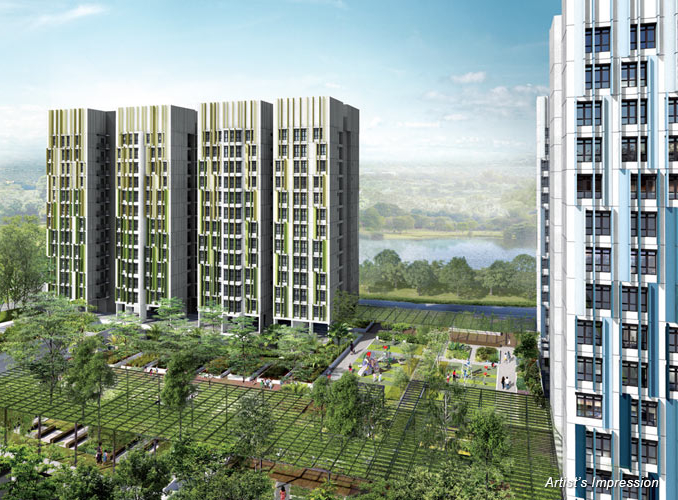 Named after the prominent Yemeni landowning family of the early 20th century, Alkaff LakeView opened in January 2020, and lies a stone’s throw from two MRT stations and Bidadari Park. Its 531 three- and four-room lake-facing apartments link up with a supermarket, an eating house, and retail outlets, while an overhead bridge connects it to an upcoming, smaller condo, Alkaff CourtView. A true integrated development, Alkaff LakeView also comes with a childcare centre and elderly facilities, including universal wheelchair access. At its heart is a landscaped roof deck that offers amenities such as play areas, fitness stations, and shaded seating. Alkaff Lake’s focal point is a conserved rain tree on an island. In addition, four playgrounds spread over three areas have different themes: water, wetlands, mountains and clouds, all collectively giving children a sense of moving upwards together with nature. 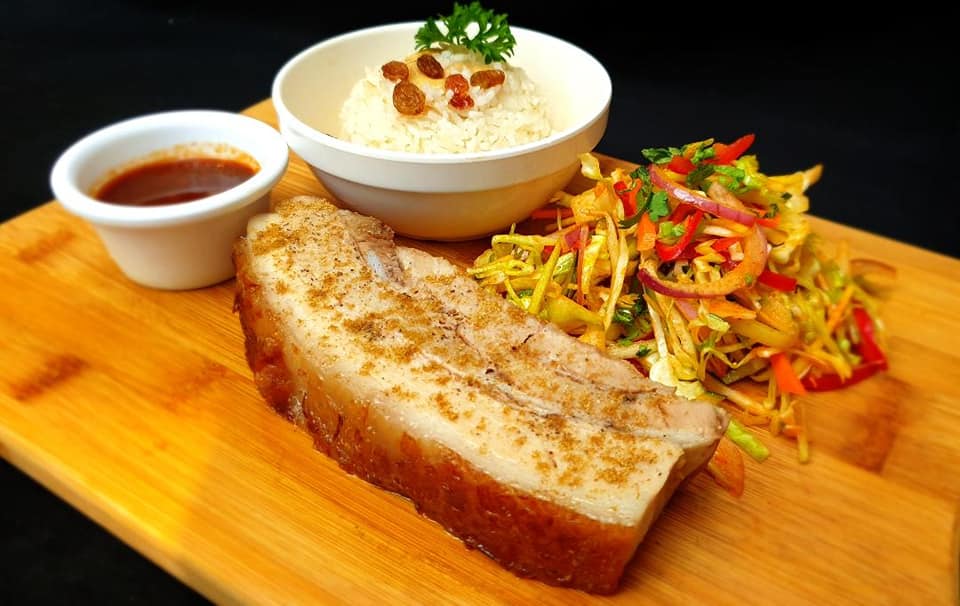 This standout resto offers a fusion of Western and Nepalese influences which—outside Kathmandu at least—marks it as an outlier, especially for the straight-laced, mainstream-leaning Singapore heartlands. This very uniqueness, coupled with consistent quality, seems key to the longevity of this oddity, which set up shop way back in 2006. The meats are the signatures here—barbecue pork ribs, oxtail stew, rack of lamb with herb-crusted potato, braised lamb shank—but the curiosity value lies in the Nepalese fare. These are laced throughout the otherwise steak- and seafood-heavy menu, with thukpa (a Tibetan noodle soup), momo (meaty dumplings), and pakora all making an appearance. 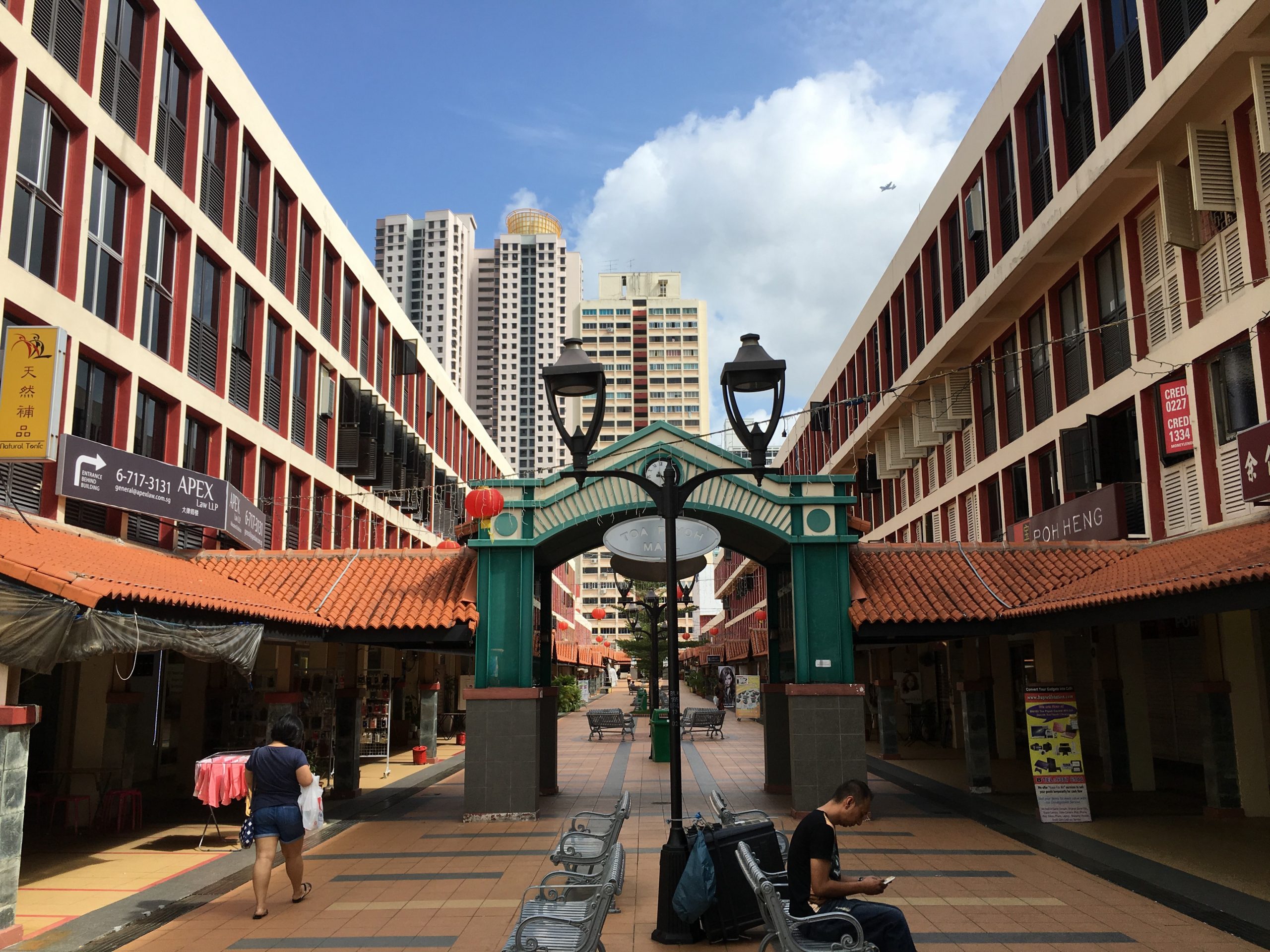 Combining Toa Payoh Hub and Toa Payoh Mall, this sprawling retail showcase offers two distinct shopping experiences within the same overall complex—unique in one-size-fits-all Singapore. The Mall’s more traditional shophouses, which contrary to its name are set along a quaint shopping street, offer a throwback to the colonial era where ground-floor retail spaces display wares ranging from household items to eyewear, beauty salons and fashion wear. The Hub, on the other hand, holds many enclosed upper-floor stores, while the ground-floor shops connect with void-deck shops of local HDB blocks, making it a truly local affair. These are some of the oldest estates in Singapore, whose mosaic-enlivened playgrounds offer a glimpse into popular design trends of yesteryear. 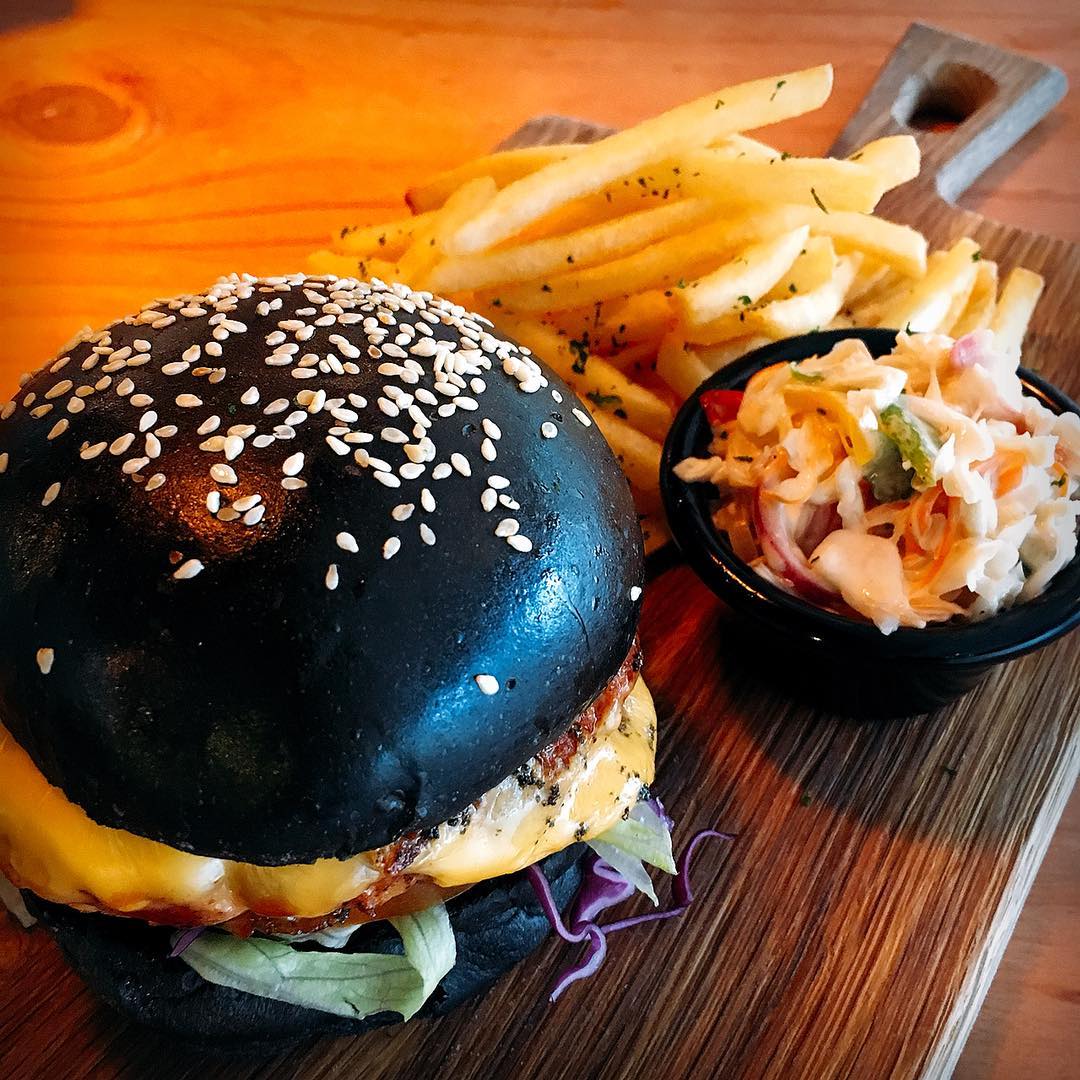 This streamlined, unpretentious spot tucked down a quiet corner of Toa Payoh serves a vast range of food options, and for such an inconspicuous joint, has become one of the area’s most frequently namedropped cafés. With a focus on comfort food and French, German, Italian and other European fare, there’s also room for Japanese influences, an extensive menu of desserts, and, most surprisingly of all, a generous array of heady German and Australian beers and European wines. For fans of Instagram, the Dowager’s Fingers —crispy wontons and arugula, served with homemade honey and sesame mayonnaise dip—is a curio that is sure to garner plenty of peer approval. 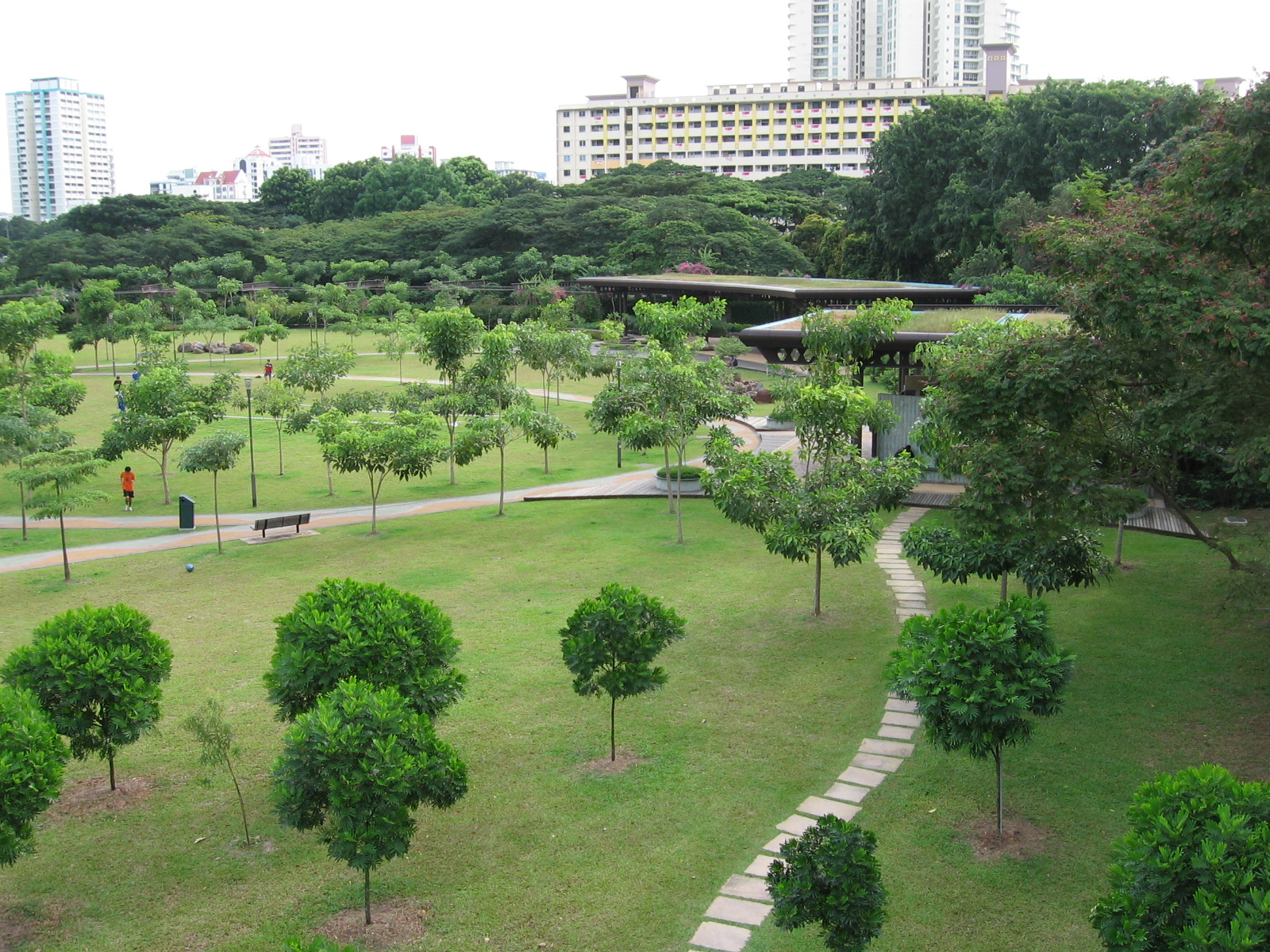 This idyllic space has an impressive variety of flora and fauna, and is rich with aesthetic appeal, with harmonious architecture that includes an observation tower, a large pavilion, gazebos, and pathways along a landscaped pond. This water feature has a small waterfall and a cluster of artificial islands linked by bridges and is also known for its sizeable population of fish and tortoises. The park has had an unusual evolution: in the 1970s and 80s its halcyon aura made it a popular venue for pre-wedding photo shoots, while nowadays it’s more likely to be frequented by cyclists, runners, and the pioneer generation who drop by for tai chi sessions.

This original version of this article appeared in Issue No. 163 of PropertyGuru Property Report Magazine

Malaysia homeownership slows down with $4.3 billion yet to be sold