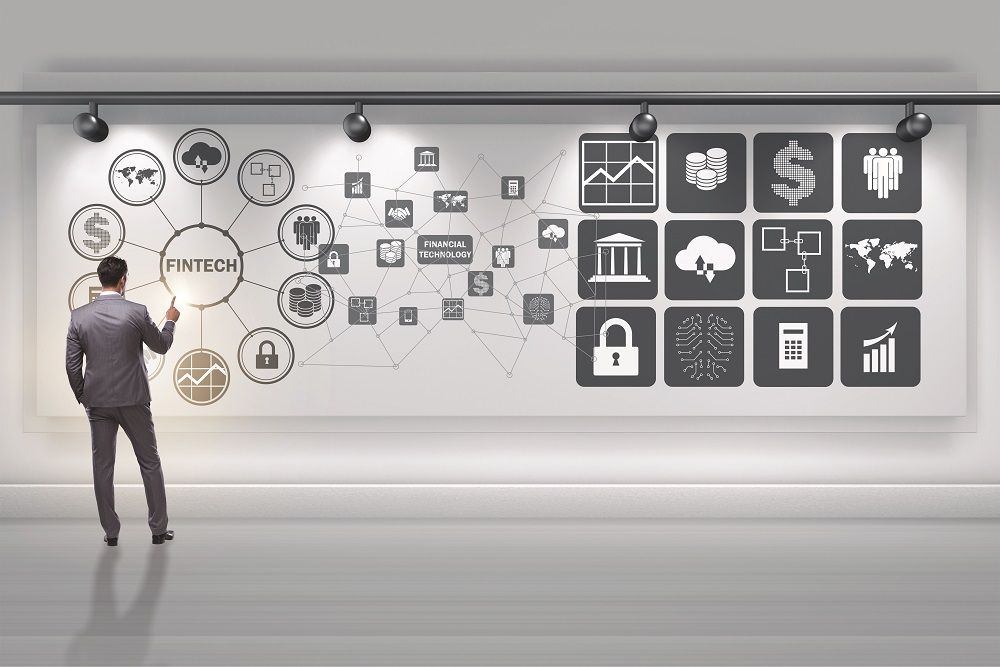 Fintech may not be a word we use all that often, but it’s been part of our daily existence for a while now. Internet-based systems like PayPal enable online financial interactions; e-banking procedures are commonplace for anyone with a broadband connection; and contactless (smart) payment cards run the gamut of daily activity, from public transportation to the supermarket checkout.

Global funding of fintech ventures peaked at USD46.7 billion in 2015 as e-wallets and other financial platforms became widely available. A 2017 study by PwC and Startupbootcamp, an accelerator network, further estimates payments via mobile and contactless systems around the world to reach USD95 billion by the end of 2018, and will collectively lower the cost of basic financial services by up to 90 percent. Over the last three years, the rise of cryptocurrency has likewise elicited a feverish anticipation not seen in the tech community since the World Wide Web, giving fintech a whole new impetus.

Even as fintech disrupts areas once monopolised by financial institutions, banks themselves are tapping fintech specialists to take on the modern marketplace. “There is a need to embrace technology,” says Umakanth Rama Pai, chief risk officer at Standard Chartered Bank in Mumbai, epitomising the refrain of professionals who see immense advantages in adopting such innovations in their operations. “There is something more fundamental: it drives efficiency and helps cut costs and do things in a much more focused manner. There’s also the client experience part of the story—the more convenient you make it, the more clients you will acquire.”

Standard Chartered runs its own fintech laboratory, the eXellerator in Singapore, whose experts work on such areas as artificial intelligence, machine learning, analytics, data-management platforms, and regulatory technology. However, the bank is also collaborating with technology firms like Apple, Google and Samsung to facilitate contactless, paperless payment systems, as well as fintech partners outside the company. “Niche players,” Pai relates. “They have studied a specific situation or particular innovation in detail to create a USP or identity for themselves. These fintech partners are quite flexible in adapting to the bank’s specific requirements, so it makes sense for us to partner with them.”

Smaller companies and start-ups are increasingly deploying fintech, as the efficiency provided by disruptors make it easier to not only crowdfund their business but also set up smooth-running payment systems without cumbersome hardware.

THERE IS A NEED TO EMBRACE FINANCIAL TECHNOLOGY. IT DRIVES EFFICIENCY AND HELPS CUT COSTS AND DO THINGS IN A MUCH MORE FOCUSED MANNER. THERE’S ALSO THE CLIENT EXPERIENCE PART OF THE STORY—THE MORE CONVENIENT YOU MAKE IT, THE MORE CLIENTS YOU WILL ACQUIRE

The agility of such fintech start-ups has a profound effect on real-estate companies old and new, and while it can be argued that they have not yet reached a critical mass, their collective dent on the industry is undeniable. A report from the Federal Reserve Bank of New York and New York University reveals that in 2016 fintech lenders made up eight percent of the loans market and originated USD161 billion in mortgages. Both lending and borrowing are faster and cheaper—lenders respond more quickly to market fluctuations; and 25 percent of loans end up defaulting, fewer than the industry average. In addition, consumers have easy access to efficient systems for finding properties and closing deals.

In Asia, the proliferation of new technologies and microfinance institutions (MFIs) is gathering steam, spurred by the rapidly developing economies of China and India. Between 2013 and 2017, APAC companies raised over half of start-up investment worldwide—USD4.8 billion of the global figure of USD7.8 billion, according to a report by real-estate management company JLL—and it’s a trend set to continue as fast-increasing populations and higher disposable income lead to an inexorable rise in demand.

Statistics from Southeast Asia speak to fundamental differences in consumer habits compared to the West. The region has a remarkable 133 percent mobile connectivity rate—some users own more than one SIM card or mobile phone—while only 27 percent of Southeast Asians have a current or savings account.

Cambodia has the highest mobile connectivity, yet only 13 percent of Cambodians are “banked”, according to a 2017 study by the Asian Development Bank. The blossoming of fintech, accessible through mobile apps, offers significant opportunities to those unreached by conventional banking apparatus, including far-flung rural communities. “The rapid adoption of new technologies—notably in payments systems—has supported improved financial inclusion,” says the kingdom’s finance minister Aun Pornmoniroth. “While MFIs’ increasing presence and significance have greatly contributed to improving access to credit, innovations in fintech have also opened up new possibilities, including low-cost access to credit and savings vehicles.”

In the Philippines, a country with 10 million overseas Filipino workers (OFW), the need for failsafe remittance services is paramount. The World Bank estimates that OFWs send USD33 billion to the archipelago annually, and it wasn’t until recently that they were able to sidestep the high commission fees of money-transfer giants like Western Union. Now, e-wallets such as Coins.ph are helping cut the cost, with potential for even lower remittance fees as blockchain-based products gain traction.

While countries with relatively low banked population like Cambodia and the Philippines are leading the charge with products, Singapore has the most fintech start-ups: almost 500 companies in the Lion City attracted USD141 million in investment in 2017. The Singapore Fintech Festival, the world’s largest such convention, in 2017 attracted more than 30,000 attendees from 109 countries and more than 5,000 companies; in November’s event has reportedly been “upsized” further.

Though it provides a solid strategic base for the fintech community, Singaporeans’ widespread reliance on traditional banking and cash payment ironically makes the nation the least flexible for the introduction of cutting-edge payment options. “Singapore has a very high banking penetration,” says Matthew Tippetts, CEO of Cambodian fintech start-up Clik. “It’s a cultural habit, so I doubt they will go completely cashless anytime soon.”

One of the most radical developments in real-estate fintech is investment crowdfunding, a concept that originated in America, and in Singapore is being spearheaded by CEO Julian Kwan and COO Alice Chen at InvestaCrowd. Kwan, a Sydneysider, developed ground-breaking real-estate projects in China before moving to Singapore for its strong regulatory framework.

The company enables greater access to investors to make a minimum eight percent profit on developments in mature markets with relatively low outlay, thus securing public-market liquidity with private-market returns. This contrasts with costly REITs, where shareholders invest in multiple properties. “The worst returns in private-equity real estate are double the best in REITs,” says Kwan.

The results are proven—InvestaCrowd has secured 25 deals and raised nearly USD50 million—but the key difference is the technology being used. With the exception of the contract, the investment is made online, and eventually all payment will be made via blockchain, with RealFuel tokens representing true ownership of an asset. The great advantage of tokens in a licensed framework is that they are “transparent, commutable, reliable and visible,” says Kwan. “The beauty of blockchain is that you’ve got a distributed ledger that’s recording who owns what.”

“For us the future of shareholding will be digital,” continues the CEO. “The next phase of business is that we’re building a real-estate security token exchange [ICTX].” The latter is fundamental in building the infrastructure around digital real-estate investment. “If you look at the 300 cryptocurrency exchanges in the world, I think one of them is licensed to deal in assets and security tokens. The rest are null and void,” Kwan says.

Clearly an evangelist for the potential of digitising investment, Kwan believes that as it develops, the real barriers become psychological rather than financial. “When you do something new, people think these deals aren’t real, because they sound too good to be true. I think in five years, trading on private-equity deals will be at least equal to, if not greater than the public market because of the tokenisation of real estate, products and platforms. It’s a matter of how much appetite the buyer has.”