Despite and because of frosty US-China trade relations, ‘Made in Vietnam’ has become a boon to the ASEAN economy 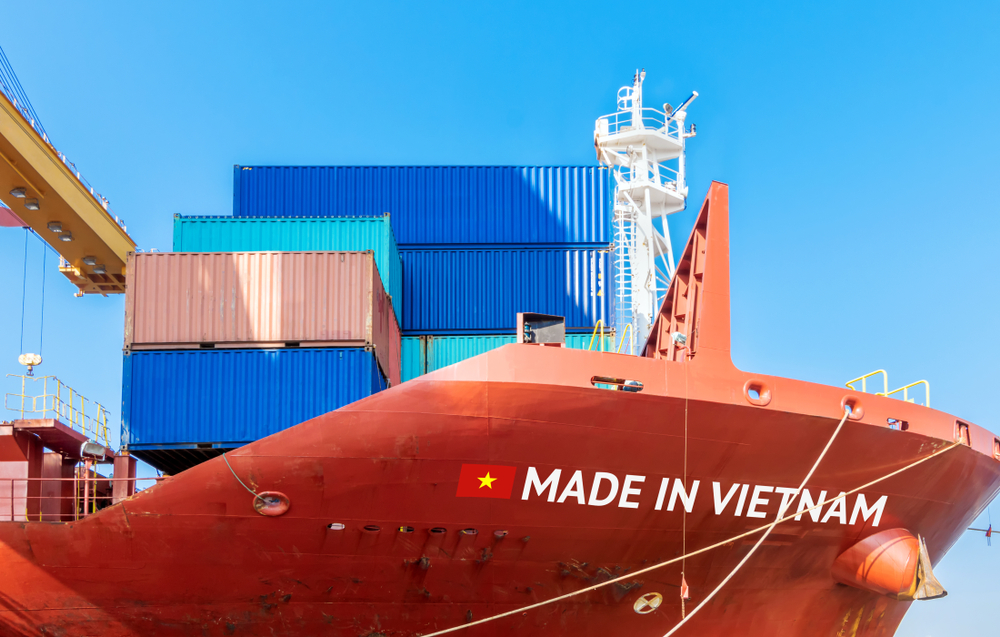 America’s provocations against China—and vice-versa—are not about to see a complete letup soon. While the ceaseless exchange of tariffs and counter-tariffs between the two has put less-than-superpowered economies at a disadvantage, it has also resulted in a clutch of unlikely winners.

Vietnam is in the best position to crow about such wins, and by extension, their positive corollaries on the local property sector. A beneficiary of free trade agreements inked in the wake of the abortive Trans-Pacific Partnership, the nation of 95 million is poised to gain the most from the trade war, predicted Andrew Staples, global editorial director of The Economist Corporate Network.

“If you went to China for low-cost manufacturing, all of that’s gone … China is more about consumption now; people have more money to spend,” Staples explained.

With the US intent on hampering the importation of electronics and related components from China, Vietnam will likely prosper further in the manufacture of ICT products as well as consumer goods like mobile phones and laptops, according to a white paper by The Economist Intelligence Unit. What makes this triumph especially sweet for Vietnam is the fact that the ICT industry is the biggest category of US imports from China.

Apple already counted 22 Vietnamese factories among its suppliers last year, up from 16 in 2015, according to CBRE Vietnam. Chinese acoustic components company GoerTek alone has moved its production base for Apple’s AirPods to Vietnam. Samsung Electronics announced last year it would cease operating a mobile phone plant in China; around 29 Vietnamese companies currently serve as Samsung’s tier-1 supplier.

The US tariffs on China only stand to shore up Vietnam’s ready-made garment industry. Vietnam has deep-set trade ties with the US: having exported USD12.3 billion worth of garments to America in 2017 alone.

Such seismic shifts in production will have a knock-on effect on property markets across Asia, Staples said. It is already happening in Vietnam, with local developers establishing or expanding industrial parks near major transport infrastructure projects to provide sanctuary, as it were, for manufacturers hoping to mitigate the deleterious effects of the tariffs, CBRE Vietnam noted.

The Vietnamese property market, as a result, will enjoy an increase in industrial property stock for the rest of 2019 and 2020, the consultancy predicted. Industrial parks from north to south have been achieving occupancy rates between 63 percent and 90 percent on average, with commitments from multinationals as varied as Intel, Samsung, Bosch, Nidec, Lixil,  Schneider Electric, Bayer, Cargill, Pepsi, Nestle, LG Electronics, Kyocera Milta, Panasonic, Fuji Xerox, and Puma Energy.

In addition to its enviable position as a manufacturing hub, Vietnam has been a signatory to several multilateral free trade agreements, including five within ASEAN, plus four bilateral pacts.

Vietnam is a key player in the Comprehensive and Progressive Agreement for Trans-Pacific Partnership, a free trade pact between Australia, Brunei, Canada, Chile, Japan, Malaysia, Mexico, New Zealand, Peru and Singapore. “It has taken up the mantle of pursuing and pushing free trade and committing to liberalism and it’s certainly a positive for some Southeast Asian countries. Vietnam is identified as a country that will benefit the most from it,” said Staples.

Even without the trade pacts, war seems to have tremendously endowed Vietnam with economic perks. “Under the assumption that all Chinese products would be subject to an additional 25 percent tariff, when Chinese products are hindered from export via that level of tax, effectively it is equivalent to a scenario of Vietnam essentially possessing a free trade agreement with the US,” CBRE Vietnam explained.

Time will tell if such economic pot sweeteners would have an immediate impact on the Vietnamese property market. The trade agreements, after all, have plenty of clauses that may take years to enforce. Also, now that US and China trade authorities are flirting with the idea of a truce, Vietnam’s spoils of war may not be sustained beyond the medium term. Nevertheless, Vietnam’s ability to read the room and make the most of its lot has already made it a victor.

Do you know exemplary developments in Vietnam? Nominate them to the PropertyGuru Asia Property Awards by 28 June. Find more details here: https://www.asiapropertyawards.com/award/vietnam-property-awards/